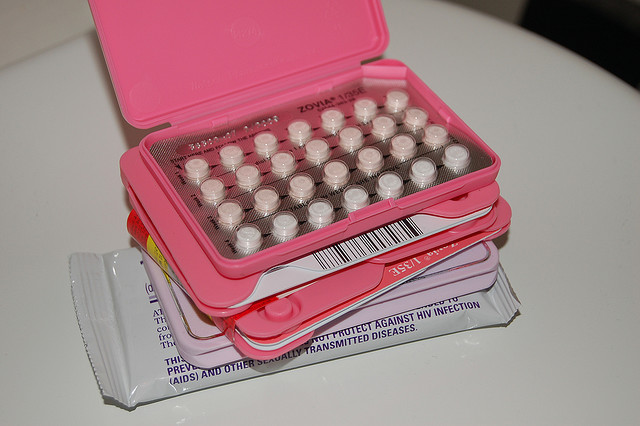 “It doesn’t matter that abortions will not be performed in the Ferndale facility,” said Monica Miller in a press release. “When women come there for help they will be referred for abortions and bottom line—women deserve better than Planned Parenthood’s sexual ethic that is ultimately degrading and leads to the door of Planned Parenthood’s abortion clinics and the deaths of unborn children.”

Dr. Miller, director of Citizens for a Pro-Life Society, is also a moral theologian who warns that though Planned Parenthood claims to provide women’s health “services” for the needy, the problem is an issue of integrity.

According to Dr. Miller, “[a]ny organization that denies the sanctity of human life and kills innocent human beings must be opposed and our picket will draw attention to the injustice of abortion that Planned Parenthood advocates and actually facilitates.”

After being prevented from opening a mega-clinic in Auburn Hills, Michigan, Planned Parenthood has quietly moved into a smaller location in Ferndale. They say that they will offer primarily “family planning services,” also known as “health care” or “reproductive health care,” and a “well women’s gynecological center” – all euphemisms for providing birth control.

While asserting that Planned Parenthood is “proud” to “terminate pregnancy,” Lamerand expressed a strange inconsistency saying, “97% of what we do is to prevent the 3% of what we do!” This intrinsic conflict is not reflected in the successful operation of Planned Parenthood. In fact, it is this weird 97%-3% ratio that is not only not dividing the company’s dynamic, but fostering it. “That 3% figure represents over 300,000 abortions a year—nearly one-third of all the abortions performed in the United States annually…generating 41% of the organization’s total clinic revenue!” says Miller. “It’s their cash cow!”

Miller stresses that birth control is the first aspect of the cyclical business model of Planned Parenthood: “Their primary mission is to provide contraception on the one end, abortion on the other end and a philosophy that encourages sexual promiscuity in-between.”

In other words, a much more believable dynamic for Planned Parenthood is that they provide free birth control that will draw young women and poor women in, and when they can’t afford to have their baby, these women come back for an abortion.

“Planned Parenthood tries very hard to pass itself off as a group providing needed medical services to lower-income women … they say they will complement Ferncare, Ferndale’s free clinic, which does not provide OB/GYN care.  However, Planned Parenthood doesn’t provide those services either! Planned Parenthood lies when it says they provide breast cancer screenings – because they don’t! Most of their clinics do not provide pap smears or pre-natal care of any kind – services that women really need,” says Miller.

According to Barb Yagley of Central Oakland Right to Life, “Planned Parenthood’s ‘prevention’ services do not prevent the problems they claim to prevent…particularly sexually transmitted diseases. And they are not the only place for people to go for services around here.”

“Covenant Community Care is two miles north at 27776 Woodward Avenue. They are a full-service medical provider, offering all the services that the Ferndale clinic says they provide. They care for the total person, for men, women, and children, are federally qualified, and they will help you if you have diabetes, heart problems, etc. They even offer birth control. The only thing they don’t do is give abortion referrals.”

Yagley “feels bad” about what Planned Parenthood’s messages do to young people today. “They want love, they want marriage – not abortion – not single parenthood,” she says. “Planned Parenthood promotes the idea of using people. Their attitude is, ‘let the young people decide when to have sex,’ and they end up with multiple partners and exposed to disease. Their pain is not being acknowledged by anyone but us. We have a better message. We need those who will love and cherish us!”