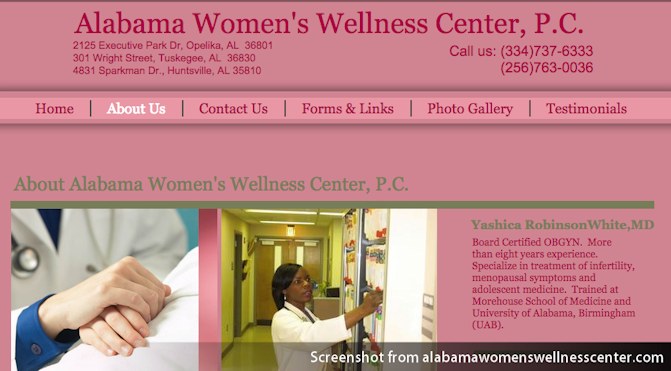 Pro-life advocates in Huntsville, Alabama are suing to try to prevent the city’s abortion center from re-opening near a middle school.

The lawsuit was filed Wednesday in Madison County Circuit Court.  The lawsuit asks a judge to overturn an August 19 Huntsville Board of Zoning Adjustment vote, which upheld the Alabama Women’s Center for Reproductive Alternatives’ business license.

Dalton Johnson, the administrator of the Alabama Women’s Center for Reproductive Alternatives (AWCRA), is attempting to relocate the abortion center to 4831 Sparkman Drive in Huntsville.  The new location is close to several churches, residential neighborhoods, and a middle school.

The suit contends the zoning board and Jim McGuffey, the city’s manager of planning services, “erroneously determined” that Alabama Women’s Center could move into a residential district based on a 16-year-old use variance.

In 1998, the zoning board granted Huntsville Hospital a variance to open an outpatient medical clinic on the property now owned by Alabama Women’s Center.

McGuffey ruled in May – and a majority of zoning board members later agreed – that the variance should also apply to an abortion clinic.

The lawsuit also contends that the AWCRA began re-modeling its new building without necessary city permits.

The AWCRA, led by Johnson, is seeking a license to perform abortions from the Alabama Department of Public Health.  Its new building is part of the Alabama Women’s Wellness Center (AWWC), an OB-GYN practice with multiple locations in Alabama.  The AWWC is run by Dr. Yashica Robinson-White, who the federal government recently indicted for Medicaid fraud and selling misbranded IUDs.

The AWWC website lists one of its addresses as 4831 Sparkman Drive.

Life Legal Defense Foundation is assisting the Huntsville pro-life community with the lawsuit.