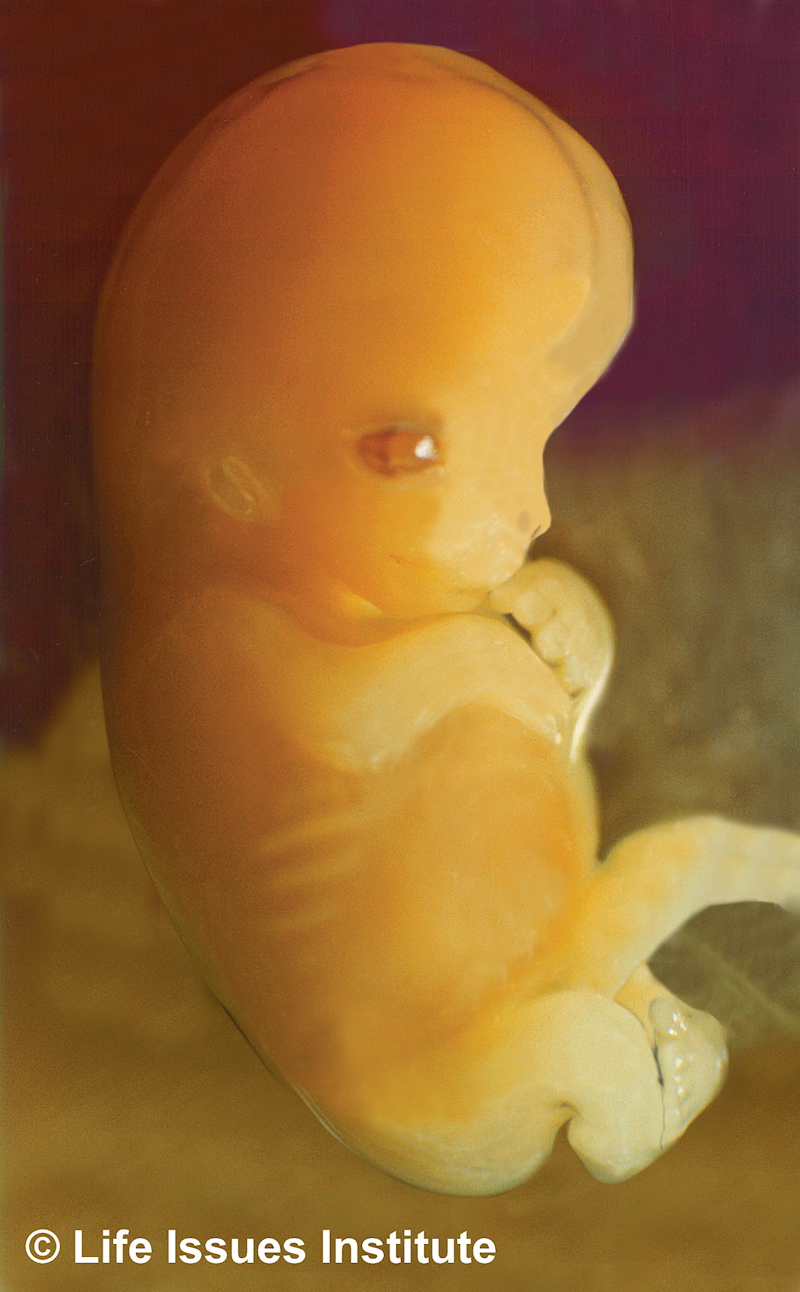 We must be more committed to truth than we are to ideology.

If you’ve followed my work, you know that one of my main passions is helping pro-life people to use the best arguments and talking points for the pro-life position. I know there are some pro-choice advocates who are not open-minded enough to listen to what we have to say, but if you’re talking to one and he does end the conversation prematurely, I want it to be because he is being intellectual dishonest. In other words, we shouldn’t give such people one good reason to stop listening to what we have to say. Unfortunately, I see pro-lifers legitimately lose credibility with pro-choice people all the time, sometimes by using faulty arguments (yes, there are commonly used faulty pro-life arguments) and sometimes by sharing things that are blatantly false. There are several popular ones going around Facebook right now that make me wince, but I don’t have time to get into all of them right now. I’ll save them for future posts.

One of the areas we need to be super careful about is when we talk about fetal development “facts.” Just because you read something on a pro-life website doesn’t mean it’s true. (There’s a fetal development picture I see all the time that I’m about 80% sure is just a good painting, but I’m not posting it now because I have yet to confirm that it’s false.)

Sometimes we don’t flat-out state inaccurate fetal development facts, but we imply them. That brings me to a pro-life film I watched recently called To Be Born. If you haven’t seen the film yet, I’d recommend clicking the embedded video below to watch before reading the rest of this article.

Before reading on, you may also want to read or listen to my interview with To Be Born director Rob Kaczmark.

To Be Born tells the story of a young woman who finds out she’s pregnant, tells her jerky boyfriend, and is coerced into scheduling an abortion. The night before her appointment, she dreams that her aborted daughter writes her a letter from the grave, detailing the abortion experience from her perspective and forgiving her mother for making the abortion decision. The woman wakes up and cancels the appointment, and we are treated to a sequence of shots of her years later at the zoo and beach with her young daughter.

I didn’t hate this film at all. I really liked how, unlike many Christian films that have equally good messages, To Be Born is a high-quality production. To Be Born also takes abortion seriously – not just as something that physically harms women or makes them feel guilty later, but as an intrinsically immoral act that kills a valuable human being. We need more of this message in more mediums, especially when they’re done with the production value that To Be Born has.

The dream sequence uses crazy editing and sound design choices, but I don’t have a problem with this outside the content of the letter. (More on that later.) I would say the dream sequence is over the top if the purpose of the movie is to make pro-choice people think about this issue differently. The pro-choice people I know would immediately call this cheesy and preachy, but if the purpose is to re-spark the fire that pro-life people should have about abortion, then I think that the editing/sound design decisions made for the dream sequence in post-production amount to a creative way for a filmmaker to convey the horror that abortion is morally.

I’m glad that the “letter from an unborn child” has reportedly been a part of saving many lives. (The letter that inspired this film, which has reportedly saved hundreds of lives, was modified for the purposes of the film. I hope the actual “letter” being used at abortion facilities is more accurate than the modified one used in this movie.)

My hope is that pro-life people will see this film, and that it will reignite their passion for ending abortion.

The fetal development facts implied by virtually the entire letter from the unborn child are all inaccurate. Remember, the mother has just learned she is pregnant. If she has a regular 28-day cycle, then she is probably 4-6 weeks pregnant LMP, with a 2- to 4-week embryo, post-fertilization. Here’s what the letter implies is true about this embryo:

Virtually none of these things is remotely accurate when talking about an early human embryo.

Some people will accuse me of being nit-picky, but I have several principled reasons why I think pro-lifers should be careful when quoting fetal development facts.

First of all, we should endeavor to be truthful when making our case in the public square. If you convince a pro-choice person to change his view on abortion based on stories you tell of embryos feeling pain and horror during an abortion, then that person will change his mind right back as soon as he learns that you got your facts wrong. Even worse, he will likely resent you or at least lose respect for you and perhaps the entire pro-life movement after learning that at best, you didn’t do your research and at worst, you lied to him in order to change his mind.

Secondly, I’ve witnessed several well-meaning pro-life advocates get publicly embarrassed when a pro-choice advocate catches the pro-lifer stating something false about fetal development. As pro-life advocates, we want our facts and knowledge to be indisputable, so that people will also take our philosophical ideas more seriously.

Someone might say that because To Be Born implies fetal development facts during a dream sequence, it doesn’t have to be accurate. “How many young mothers have perfectly accurate pregnancy dreams?”

I think that’s a valid argument, but I still disagree with the decision Spirit Juice Studios made to imply so many inaccurate fetal development facts in their film. The negatives outweigh any possible positives that could come from this. When I interviewed director Ray Kaczmark and questioned him about this, he admitted he didn’t have a good answer for me. He said they did think about this during pre-production, but they ended up deciding that “it’s [just] a movie.”

I believe there are some pro-life people who will see this film and leave it more passionate about abortion, but more confused about the babies abortion kills. I think the automatic assumption for many will be that because this movie has such high production values, it was also carefully researched. Unfortunately, it wasn’t.

It’s not just the voice-over, either. Several times during the dream sequence, there are cuts to 4D ultrasound images, and the implication is that you’re seeing the unborn child about to be aborted. Here’s a screenshot from the film:

Screenshot from To Be Born

Sadly, many pro-choice people think pro-lifers are crazy for arguing that the image above shows a child with a basic right to life, when it looks so “weird,” but that’s what all humans look like at that stage of development. Furthermore, we shouldn’t judge a human’s right to live based on what he or she looks like. The “elephant man” was human, albeit disfigured. In one of the most touching scenes in cinematic history, he yells to the mob about to beat him, “I am not an animal! I am a human being!”

I would recommend not showing this film to pro-choice people. They’ve caught pro-lifers before using incorrect scientific facts. I don’t want to add anything to that pile of evidence.

However, few pro-life films have been made thus far with such high production value that also take abortion this seriously. I think pro-lifers should see it, but know beforehand not to take the implied fetal development information as factual.

By the way, Rob Kaczmark and I have discussed the issues in this article more since I first interviewed him. In fact, I sent him the most damning section of this article in an e-mail, and he responded with genuine humility and eagerness to learn and do things differently the next time around. This is a man who spent probably hundreds of hours working on this piece, and most people in his position would react to me critiquing the film with resentment at best, and hate at worst. Rob did neither of those things. I think we could all learn a lesson about humility from Rob.

I’ve screwed up lots of times. I’ve twice now published videos correcting things I said on the air that were factually incorrect. It happens. But when it does we should respond in humility and correct the record if possible, because as a pro-choice friend of mine said, “I would rather be shown I’m wrong by a million people than to be wrong and agreed with.”

Pro-life friends, let’s be more committed to truth than to ideology. If every one of us does that, we can’t possibly lose in the marketplace of ideas.