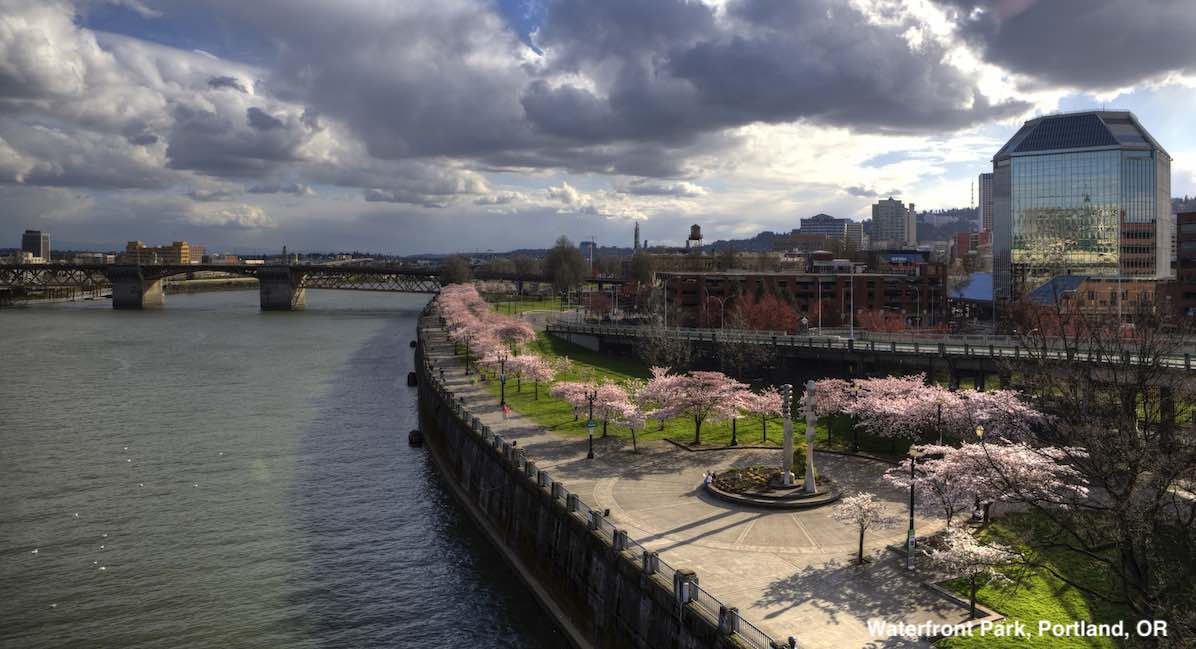 Update 5/30/20: Pro-life advocate Mark Mayberry will receive $50,000 in a settlement with the city of Portland, Oregon. According to Oregon Live, the settlement was approved by the Portland City Council on Wednesday and the city has admitted to violating Mayberry’s rights in June 2019 when a park ranger at Tom McCall Waterfront Park tried to force him to leave while Mayberry was holding a pro-life sign. Mayberry was banned from the park for 30 days. When Mayberry refused to leave, the ranger issued a citation and called the police.

This act was a violation of the 9th U.S. Circut Court of Appeals ruling which states that people can’t be legally removed from public areas when engaging in free speech. Mayberry’s citation and 30-day ban were dismissed.

11/9/19: Mark Mayberry, a pro-life electrician from southern Oregon who travels around his state sharing the Gospel and the pro-life message, was harassed by a city employee this summer in a public park in the city of Portland. Mayberry visited Waterfront Park on June 1, where he held a pro-life sign, handed out Christian pamphlets, and talked to passersby about religion and abortion. A Parks and Recreation officer for the city approached Mayberry and told him to stop what he was doing. When Mayberry refused, citing his constitutional right to free speech, he was issued a ticket for “failure to obey a park officer” and “harassment,” and was ordered not to return to the park for 30 days.

Ray Hacke, Mayberry’s lawyer, noted that while Mayberry expressed “views that were undoubtedly controversial to some, his speech and conduct were civil, peaceful, and by no means incendiary.”

A city hearings officer later threw out the ticket and exclusion order issued to Mayberry as violations of Mayberry’s protected free speech, and Mayberry is now suing the city of Portland in federal court. Mayberry is seeking $307,000 in the suit, both for causing him mental and emotional distress and to penalize the city for violating a 2006 court order. Mayberry’s lawyer noted that “[t]he U.S. Court of Appeals for the Ninth Circuit upheld a permanent injunction prohibiting (the City) from removing from the public square speakers engaged in lawful free speech activities.”

Mayberry isn’t the first pro-lifer to have his free speech rights violated, nor will he be the last. Two pro-lifers were arrested for distributing pro-life literature on a public sidewalk in Mississippi. Even countries like New Zealand are attempting to restrict pro-life speech.

Hopefully, Mayberry’s case will encourage pro-lifers across America to know their rights and to seek legal justice when those rights are violated.