Earlier this year, a controversy erupted at University College Dublin. UCD Students’ Union president Katie Ascough, who had just been elected in March, removed information on how to illegally obtain an abortion from the student union’s magazine, “Winging It.” Not long afterwards, a vocal campaign to impeach Ascough began. At the end of October, an election was held, in which students voted to impeach Ascough and remove her from office, ostensibly due to her pro-life beliefs.

Ascough spoke with Live Action News about her impeachment, whether or not she would have acted differently now, and what her message is to those who campaigned against her. 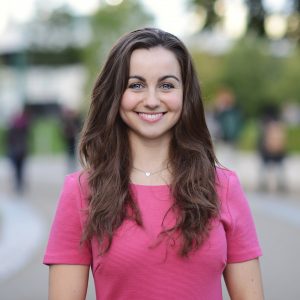 Cassy Fiano: Can you briefly sum up what happened to cause the “scandal” that led to the petition for your impeachment?

The “scandal” that led to my impeachment was about abortion information contained in a college-guide handbook. In keeping with my promise to respect the pro-choice mandate of the union, I delegated the sign-off of the content of the books to another officer. After the books were printed, a staff member pointed out some of the abortion information might be illegal. The union’s lawyer confirmed we were risking personal criminal convictions and up to €4,000 in fines each for anyone involved in the distribution of the books, according to Ireland’s 1995 Act regulating abortion information. I was put under intense pressure for about a week to authorise the distribution of these books. However, I was not comfortable with risking a personal criminal record for the rest of my life for myself and others, and decided that the abortion information needed to be amended to stay within the law. However, soon after I decided to amend these books, a group of students, some of whom had been calling for my impeachment since the day of my election (many resented my pro-life views), decided to start collecting signatures to call for my impeachment. The narrative they used was that their president had “censored” abortion information.

What was your reaction to hearing that this had happened?

I was disappointed to hear that a petition had been launched for my impeachment. However, since day one of my presidency, before I’d had the chance to make one presidential action or decision, some people were already calling for my impeachment – citing my pro-life views as grounds for ousting me from my elected position. As I stated during my campaign for president, I understood that the students’ union was voted to be pro-choice; I respected that mandate. Though I was democratically elected into my role as president, some people couldn’t live with my being both pro-life and president, and were not willing to give me a chance.

I ran for president to deliver for students on a wide range of issues. I often worked 12 hours days over the summer, doing my best to improve our food facilities on campus, to help secure government funding for our student housing project, to help end sexual harassment and violence in third level education, and many other things. I was so, so passionate about my job and improving the college experience for UCD students. I feel it’s a shame and a setback to have been pushed out in the middle of my term.

Would you consider yourself to be a pro-life activist? And if so, do you think you were being targeted for having those beliefs?

I have always been pro-life, but I had a particular awakening call when I was 15 years old and had the honor of meeting my 13-week baby brother, Lawrence, who we lost through miscarriage. I’ll never forget looking into his face, and admiring his hands which had fingernails and even creases on his knuckles. His details were truly amazing; at just 13 weeks he was so incredibly and perfectly human. That was the moment I knew I would never lose my desire and passion for protecting life.

I have also had the pleasure of attending pro-life rallies, vigils, conferences, and was honoured to be a spokesperson for the Pro Life Campaign and Students for Life Ireland for some of last year.

My pro-life activism was a big topic during my campaign for presidency, and some students tried to use it to convince others not to vote for me. Those who staunchly campaigned against me during my presidency tried everything from “Do-Not-Vote-for-Ascough” Facebook pages to vile language on Twitter to try and deter voters. Once I was elected, some of those who vehemently wrote about why not to vote for me, instantly switched to writing about why students should impeach me.

Ireland is traditionally viewed as a pro-life country. Do you think attitudes on college campuses are different from the Irish attitudes overall towards abortion? 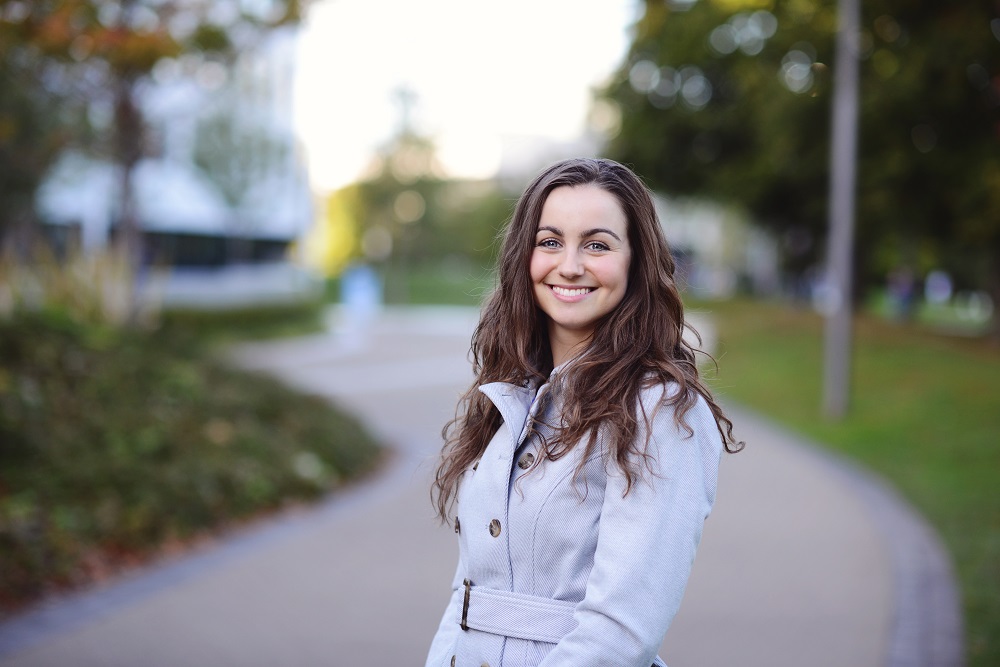 Unfortunately, many Irish campuses suffer from lack of freedom of speech. What disappoints me the most about campuses isn’t merely the lack of pro-life voices— it’s the silencing and shaming of anything pro-life. I have several friends, very pro-life friends, who were originally petrified at the thought of sharing their pro-life views in college. Being openly pro-life, I’ve received everything from threats of physical abuse to violent name-calling and derogatory comments. It can be a scary world to be pro-life in.

While college campuses tend to be more left-wing on social issues than the rest of the country, I am fully convinced there is a much larger group of silenced pro-life and undecided students than we hear about. I have had the pleasure of meeting many of these students during my campaigns for president and against impeachment. Several students, to whom I had no connection, have said to me that they are pro-life, but not openly so, and that they were encouraged to see me be open and vocal about my beliefs. While the pro-life voice on campus has been quite subdued in recent years, I believe it has the potential to become much more heard in the run up to a national referendum on the Eighth Amendment.

How would you describe the campus culture in regards to pro-life beliefs? Are most students pro-life, pro-abortion, neutral, etc.?

Some campuses have referenda to decide their students’ union’s stance on abortion. Some of these recent referenda have had a turnout of 10 to 30 percent of the student population, and a majority vote pro-choice. While most people focus on the outcome of these referenda, I think we also have to ask the question: what about the 70 to 90 percent of students who aren’t voting? Of course, some students might have accidentally missed the days of voting, or were busy studying for their mid-term exams. Even still, to see such low turnout on the most controversial topic which has been seen to divide nations, on campuses which are supposed to be some of the most vocal places for this issue, does beg the question: how many students are undecided or apathetic on the issue of abortion? It would seem that there are quite a few. 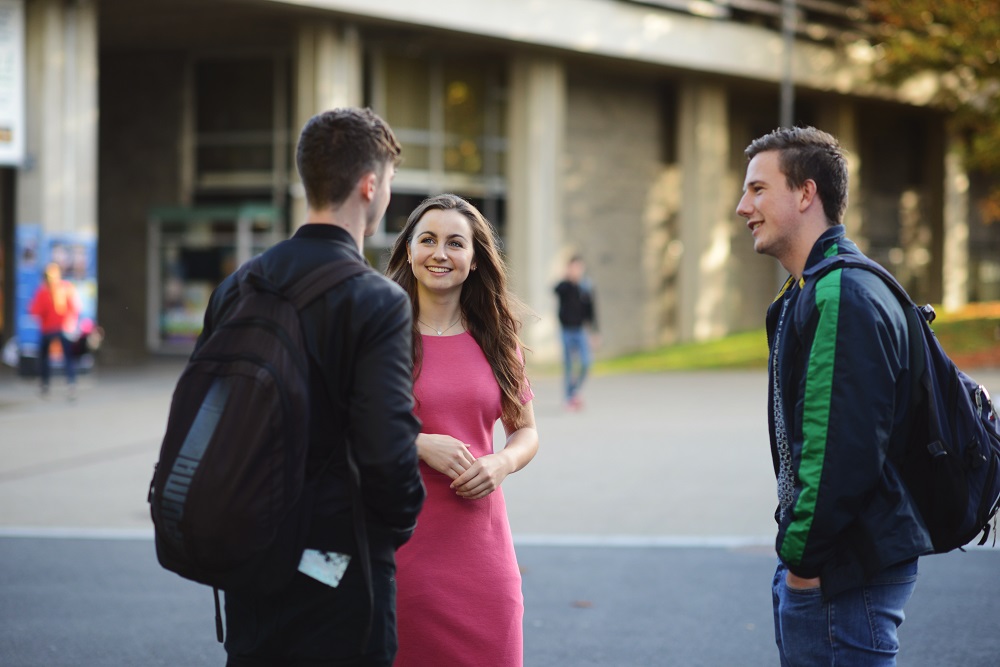 Knowing the response from students, would you remove the information again?

While the response and the negative attention for the union was regrettable, I do not see how I could have acted much differently in removing the abortion information. The union’s legal advice showed we were risking personal criminal records and fines for myself and others if we were to distribute the abortion information as it originally stood. To avoid that risk we had to amend or destroy the books. I did my best to do what was right and fair, and I chose to follow legal advice and amend the books.

What would you want to say to the students who signed the petition for your impeachment?

To the students who voted for my impeachment, I would say: I respect your democratic right to vote for my impeachment. However, I do not feel it is right to impeach someone for not wishing to break the law. I did not try to censor abortion information as many said; I followed legal advice in amending abortion information that was illegal to distribute.

I believe my impeachment has highlighted the issue of intolerance, both in our campus and in our country. I hope we can have an increased awareness of this issue, and start to build more inclusive, open, and respectful communities going forward.