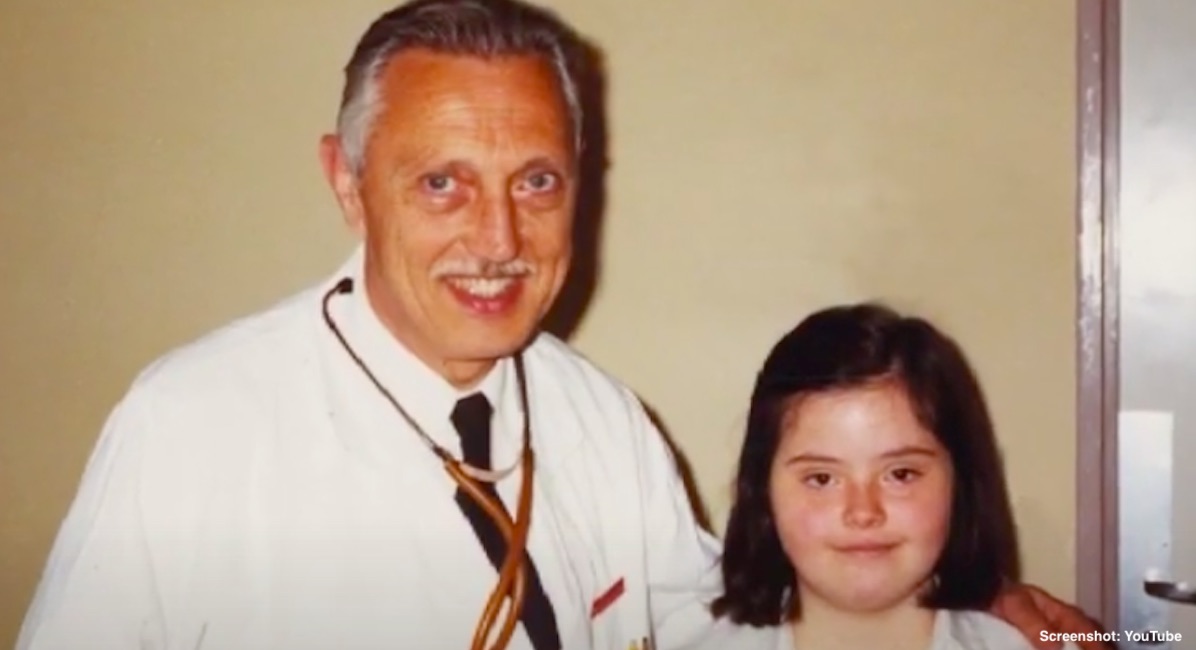 Jerome Lejeune should be a household name. In 1958, at the age of 32, the French researcher who had already become an internationally respected authority on atomic radiation made an even more shocking discovery. Lejeune learned that Down syndrome (Trisomy 21) is caused by a chromosomal anomaly, a third copy (the “tri” in Trisomy) of the 21st chromosome. His discovery of the genetic cause of Down syndrome led to his being called the father of modern genetics. Deeply pro-life in his convictions, Lejeune later decried the use of his research to target those with the condition — and eventually suffered for speaking out.

Lejeune’s work was not the result of dry academic interest but was undergirded by profound compassion for people living with Down syndrome and a desire to make their lives better. His philosophy of work was simple: “Hate the disease, love the patient: That is the practice of medicine.”

According to the Lejeune Foundation, “Jérôme Lejeune was confronted with the struggles experienced by intellectually disabled children and their families at a very early age. Because medicine was powerless to help these children, Jérôme Lejeune decided to dedicate his life to them.” When he was growing up, a child with Down syndrome was thought to be the result of a mother having the sexually transmitted infection syphilis, leading some women and families to abandon or institutionalize their children due to public shame.

Lejeune’s discovery of Down syndrome’s cause led at first to incredible professional success. The complete list of commendations, recognitions, honors, and awards he received would fill a small book, and included receipt of the Kennedy Prize from President John F. Kennedy himself in 1962. Several years later, a new chair of fundamental genetics was created at the University of Paris specifically for Lejeune.

But Lejeune was destined to fall from public favor, even forfeiting a chance at the Nobel Prize for his accomplishments.

He learned in the late 1960s that his discovery was being used to target children with Down syndrome in the womb via genetic testing and then promotion of abortion. This deeply disturbed and distressed Lejeune, whose “opposition to abortion, eugenics, and embryonic stem cell research was motivated not by ideological reasons, but by his affirmation of a scientific truth about the reality of the human embryo.”

A lifelong devout Catholic whose religious convictions were supported by the results of his professional work, Lejeune was unequivocally clear in an award acceptance speech he gave in America, stating, “The temptation to kill by abortion these small people afflicted with disease is contrary to moral law; and genetics confirms this conclusion. This moral law is not arbitrary.”

Elsewhere, he said, “Again and again we see this absolute misconception of trying to defeat a disease by eliminating the patient! It’s ridiculous to stand beside a patient and solemnly say, ‘Who is this upstart who refuses to be cured? How dare he resist our art? Let’s get rid of him!’ Medicine becomes mad science when it attacks the patient instead of fighting the disease. We must always be on the patient’s side, always.”

The backlash to Lejeune’s stance was swift and furious. He became the frequent subject of tax inspections. He was denied salary raises and promotions for the following 17 years. His research laboratory closed due to withdrawal of grants and other funding. At one point, he found the words, “We must kill Professor Lejeune, and his little monsters” graffitied on his property.

Despite all of this, Lejeune soldiered on, publicly advocating for the dignity and value of all human life. He said, “We need to be clear: The quality of a civilization can be measured by the respect it has for its weakest members. There is no other criterion.” Dr. Lejeune sought a cure for Down syndrome up until his death from cancer in 1994.

To this day, the Jerome Lejeune Foundation, based in France, carries on the work of its founder. The foundation’s three pillars are research, care, and advocacy, and it serves as the top funder of research on Down syndrome internationally. The foundation’s work is known internationally, and was sought for comment on the ethical issues created by the new CRISPR technology. CRISPR promises to “do the precision editing” of human DNA in an effort to cure inherited diseases at the expense of human embryos which are created specifically for the scientific research and then discarded after “use.”

In spring 2021, the Jerome Lejeune Foundation will expand to include a satellite location in the United States.