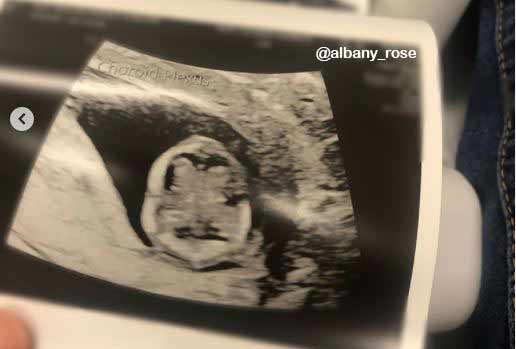 Pro-life activist Albany Rose recently shared a detailed ultrasound image of a friend’s 12-week-old preborn child. The image clearly shows the two hemispheres of the brain from the top — an ultrasound scan few will ever see.

“I was hanging out with a girl friend last night, and she brought up how her friends newest baby was doing,” explained Rose. “She has lost children to holoprosencephaly, and with her newest child had to see a specialist to confirm.”

Holoprosencephaly is a disorder caused by one of several gene mutations in which the child’s forebrain fails to develop into two hemispheres. In typical development, the forebrain is formed and the face has begun to develop by the sixth week of pregnancy. But that development is affected by holoprosencephaly, which has four severity levels. Life expectancy can vary by severity, and some children with the condition are stillborn or die soon after birth. A history of holoprosencephaly is what led to Rose’s friend undergoing a detailed scan of her preborn child’s brain to check for the condition.

READ: Aborting babies with disabilities is a tragedy, not an act of compassion

“First and foremost, this baby is healthy and mama is so relieved there aren’t words,” said Rose. “This is a scan of the brain at 12 weeks. It just blew my mind! Because this is high risk, the scans were specific for the brain. You don’t generally get this on a standard [ultrasound].” According to the Endowment for Human Development, the corpus callosum of the preborn child — connecting the left and right hemispheres of the brain — forms between 11 and 12 weeks. 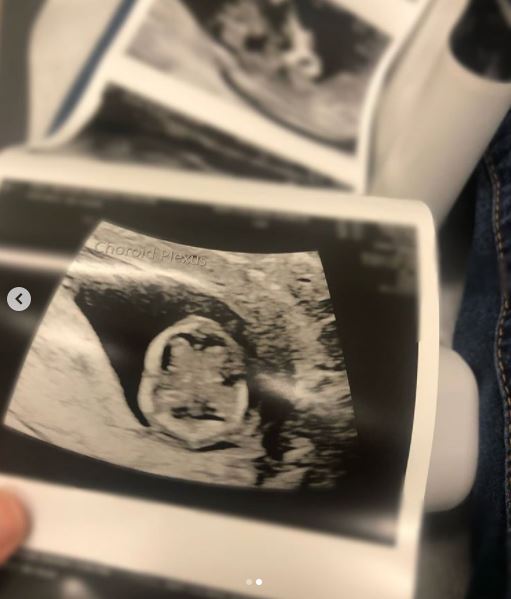 In addition to the remarkably developed brain, by 12 weeks, a preborn child has a completely formed nose and lips. According to The Endowment for Human Development, her face can make complex expressions and she can suck her thumb. She stretches, sighs, opens her mouth and moves her tongue. Though the abortion industry tells women that their babies at this age are still just clumps of cells, this is false. Abortion businesses lose money when a woman chooses life.

Abortions are most common in the first trimester. During this time frame, the two common types of abortion committed are chemical abortion (abortion pill) and suction aspiration D&C. In a suction abortion, the fragile but very much alive child is suctioned out of the uterus using a machine that has a force 10 to 20 times more powerful than a household vacuum, as explained by former abortionist Dr. Anthony Levatino in the video below:

As technology continues to advance, images like this of a 12-week-old preborn child’s brain could further reinforce the truth: that children in the womb are human beings and deserve equal protection. Even if this child had been diagnosed with holoprosencephaly, his or her life would still be intrinsically valuable. Every preborn child should be protected from the violent death of abortion.