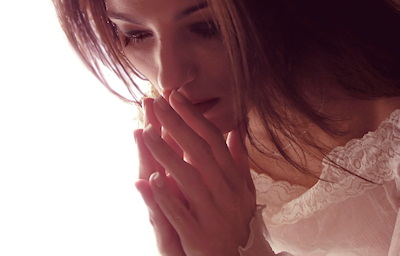 On sundown Sept 24th, the Jewish New Year celebration known as Rosh Hashanah began. As a Christian I believe it’s important to honor the Jewish roots of my faith. I’ve celebrated Passover and the Feast of Tabernacles before and this is my first year for Rosh Hashanah. Thankfully I have a wonderful synagogue and a very welcoming Rabbi in my community.

As I began to research Rosh Hashanah, I was intrigued by the deep significance it holds for me as a Christian and a pro-lifer. Rosh Hashanah is a time to celebrate the birth of the world and the anniversary of creation. In the Hebrew calendar the world is now 5775 years old.

This holiday which takes place during the first two days of the month of Tishrei honors the story of Adam and Eve’s creation. It’s also a time to celebrate God as King of the universe as well as Judge of the earth.

During Rosh Hashanah we see God as the author of life. The book of Genesis describes God literally forming Adam from the dust with his very breath. In an article for ‘Jewish Daily Forward’ Jonathan Sacks writes:

On the first day of Rosh Hashanah, the “anniversary of creation,” we read in the Torah and Haftorah not about the birth of the universe but about the birth of Isaac to Sarah and of Samuel to Hannah as if to say one life is like a universe. One child is enough to show how vulnerable life is — a miracle to be protected and cherished. On Yom Kippur we wear the kitl, a shroud, as if to show that we are not afraid of death. Never before have I felt so strongly that the world needs us to live this message, the message of the Torah that life is holy, that death defiles and that terror in the name of God is a desecration of the name of God.

Although most Jewish believers agree that life is valuable, they hold varying opinions when it comes to the issue of abortion. In a Jewish Journal article titled, ‘The curious consensus of Jews on abortion’, Roger Price shares stats from a 2012 survey of Jewish values from the Public Religion Research Institute. This survey was given to measure the opinions of American Jews on various political and economic issues. When it came to abortion the survey reported 93% of American Jews surveyed support legalized abortion in some fashion, with Jewish Democrats support at 95% and Jewish Republican support at 77%.

At the start of 2014 news reports stated Israel’s laws on abortion had grown increasingly permissive. Israel’s new state-subsidized ‘health basket’ offers free of charge abortions for women ages 20-33. Deborah Kamin writing for the Times of Israel describes this as some of the most available abortion coverage in the world.

Thankfully a number of Jewish individuals stand against abortion. Groups like the Jewish Pro-Life Foundation have a mission to save Jewish lives by promoting alternatives to abortion in the Jewish community. On their website they have this quote from Rabbi J. David Bleich:

Human life is not a good to be preserved as a condition of other values but an absolute basic, and precious good in its own right. The obligation to preserve life is commensurately all-encompassing.

Rosh Hashanah is the start of the High Holy Days which is followed by Yom Kippur, the day of atonement for Jews. Many Jews take the days between Rosh Hashanah and Yom Kippur as a time to repent before God, pray and do good works.

In Deuteronomy 9:13 God says, ‘You must purge from Israel the guilt of shedding innocent blood, so that it may go well with you.

Although Israel’s rate of abortion is declining, there are still an estimated 20,000 abortions taking place yearly. During these High Holy Days we should turn our hearts to God, repent for the bloodshed across the globe and honor God as King and creator of life.