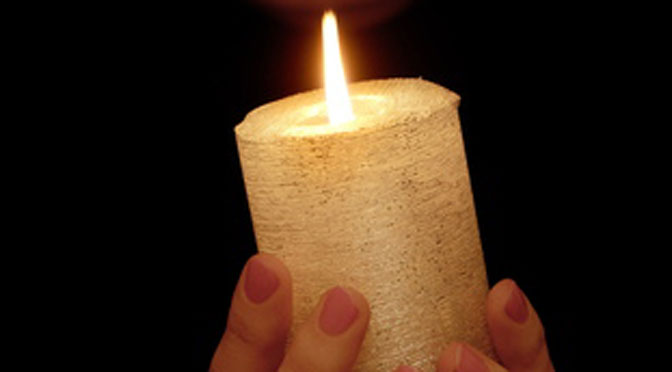 One of the victims of Wednesday’s mass killing at a San Bernardino social services center was a staunch pro-life advocate. Juda Myers, founder of Choices4Life notified Live Action News this afternoon after she said she was contacted by a reporter from the Associated Press regarding the victim. “I was sleeping… this morning… when I got a call from Associated Press asking about “Michael Thalasinos,” Myers recounted to Live Action News. “She said his brother Nicholas was killed in the shooting.”

“What she didn’t know is that Michael and Nicholas were the same person,” Myers told her radio listeners today.

According to his Facebook timeline, the victim Nicholas Thalasinos was identified as being in the building where the shooting took place early yesterday afternoon. He was then reported as “missing” by his friends who posted that they could not reach him, after calling his cell phone several times. By Thursday morning a post from Nicholas’s wife confirmed that he was indeed a victim of the attack:

“My husband Nicholas Thalasinos was killed in the shooting in San Bernardino yesterday,” she wrote.

Myers called Nicholas a “prayer warrior for Choices4Life,” adding that he was almost a board member but later changed his mind after praying about it further. “He was an awesome man of God,” she told Live Action News.

In 2013, Nicholas, under his assumed name “Michael” announced his “job” as a Choices4Life Prayer Warrior online:

Nicholas Thalasinos was outspoken about Islam and allegedly spoke against the religion online. The media has accused him of ranting against Islam. His friends defend him saying he was just expressing his personal views. Shortly before the shooting, friends say he received some threatening messages:

“Blessed be the memory of Nicholas Thalasinos! He loved Yisrael and Jewish people. Muslim extremists had been sending him threatening Facebook messages. He posted one of these messages at 12:30 AM on December 2, 2015, approximately, eleven hours before the San Bernardino shooting started! Now we have lost him forever. Nick was very courageous and spoke the truth. It is my honest belief that Nicholas was murdered because of his alliance with Israel and Jewish people,” one of his friends posted on Facebook Thursday morning.

As of the time this story is being published, the motive behind the December 2, 2015 shootings killing 14 innocent people during a Christmas Party at the Inland Regional Center in San Bernardino, California has not been officially stated. However, many suspect it was an act of terrorism.

A GoFundMe page has been set up for this victim’s family here.