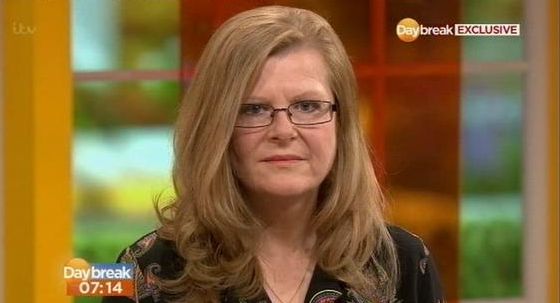 The true essence of what it means to be pro-life.

If ever there were candidate for pro-life person of the year, Ingrid Loyau-Kennett is certainly that person. Ingrid Loyau-Kennett is the 48-year-old divorced mother of two, who, after visiting her adult children, purposely disembarked from the Number 53 bus to central London and rushed to the aid of Lee Rigby, the British soldier known to his friends as “Riggers.”

At first, Ms. Loyau-Kennett thought that a car had hit the stricken soldier lying in a pool of blood on a street outside the Woolwich Barracks in southeast London. But in moments, the unlikely heroine realized that Mr. Rigby had been beheaded, in broad daylight, by two men, who proudly paraded around their kill, waving bloody meat cleavers.

What transpired between Ingrid Loyau-Kennett and the two terrorists – 28-year-old British-born Christian-raised Muslim convert of Nigerian descent Michael Olumide Adebolajo and his older, unnamed accomplice – epitomizes what it means to be pro-life.

Why? Because, in order to shield those who seemed unaware that they could become the assailants’ next victim, Ingrid endangered her own life.

In an interview that took place the next day, Ingrid explained how, when she “approached [Lee’s] body[,] there was a lady cradling him. And then [one of the killers], the most excited one of the two, as if guarding a trophy, said, ‘don’t go too close to the body.’”

Ingrid shared how after the man with the bloodied hands warned her to stay away, she thought to herself, “Okay.” Then, somewhat confused and still attempting to piece together what was actually happening, Ingrid said that “[b]ecause I was down I could see a butcher’s knife and an axe – that’s what he had – and blood. I thought, what the heck? I thought obviously he was a bit excited and the thing was just to talk to him.”

Ms. Loyau-Kennett did not run for cover, nor did she try to protect herself from harm; instead, when presented with the choice to save her own life, she chose “just to talk to him.”

Despite the violence, the bloody weapons, and the gun, Ingrid Loyau-Kennett remained composed and unafraid. Apparently, Ingrid believed she had the strength within herself to distract the assailants from hurting anyone else, and the God-given capacity to convince the aggressors to drop their weapons.

Ingrid gently asked alleged terrorist Michael Adeboloja why he did what he did to Mr. Rigby. Loyau-Kennett said she “tried to make him talk about how he felt.” Bloodied and still brandishing a meat cleaver, Adeboloja, with his silent cohort standing close by, said Rigby’s murder was retaliation for “all the bombs dropping and blindly killing women, children” in Muslim countries.

With a bloody knife in hand, the attacker told her, “We want to start a war. I will shoot the police when they come. I want to kill them.” Ingrid, with full faith and confidence in the truth, coolly replied: “That’s not going to happen. I am here and I am going to listen to you.”

Ms. Loyau-Kennett said her only thought at the time was to “just carry on” talking to the attackers, because she “found it so daunting” that there was a crowd with mothers and children gathering around snapping pictures for posterity. So, like a seasoned negotiator talking a suicidal person off the ledge, Ingrid assumed that if she could lock in the terrorist’s attention until the police arrived, innocent lives would be saved.

Ingrid explained, “I wanted him to concentrate on me and make sure he doesn’t [sic] have a funny idea.” She didn’t know the people whose lives she was safeguarding, nor did she care. The identities of the 50-60 people nonchalantly gathered around, filming the events on cell phones, seemed to matter little, because what motivated Ingrid to risk her own life was the desire to protect theirs.

In the wake of the Woolwich tragedy, as they do with any terrorist attack, the press talked a lot about heroism and bravery and even about Ingrid’s Union Jack socks. But what should really be stressed is the trust, fearlessness, and selfless acts displayed that day, all of which were indicative of one woman’s faith in God’s protection.

Ingrid exhibited a stalwart confidence, which she attested was firmly rooted in her faith, saying, “I live my life as a Christian. I believe in thinking about others and loving thy neighbor. We all have a duty to look after each other.”

Describing her courage in the face of evil, Ingrid said, “I looked him in the eye. I was sure he wasn’t going to kill me.” Asked if she was scared, Loyau-Kennett replied, “No – better me than a child.” And therein lies the crux of the whole event.

In a world where so many people are disposable and self-preservation often takes precedence over “laying down your life for a friend,” the words “No – better me than a child” are more powerful than the bloody cleavers used by the Woolwich killers. Spoken by an unassuming mom, Ingrid Loyau-Kennett’s emphatic proclamation possesses the power to pierce even the hardest of hearts.

So between Boston and Woolwich Barracks, as well as within the death chambers of clinics where thousands of innocents die daily, the world currently finds itself knee-deep in innocent blood. Yet, by merely attempting to prevent more murder and mayhem, Ingrid Loyau-Kennett exemplified the true essence of what it means to be pro-life.