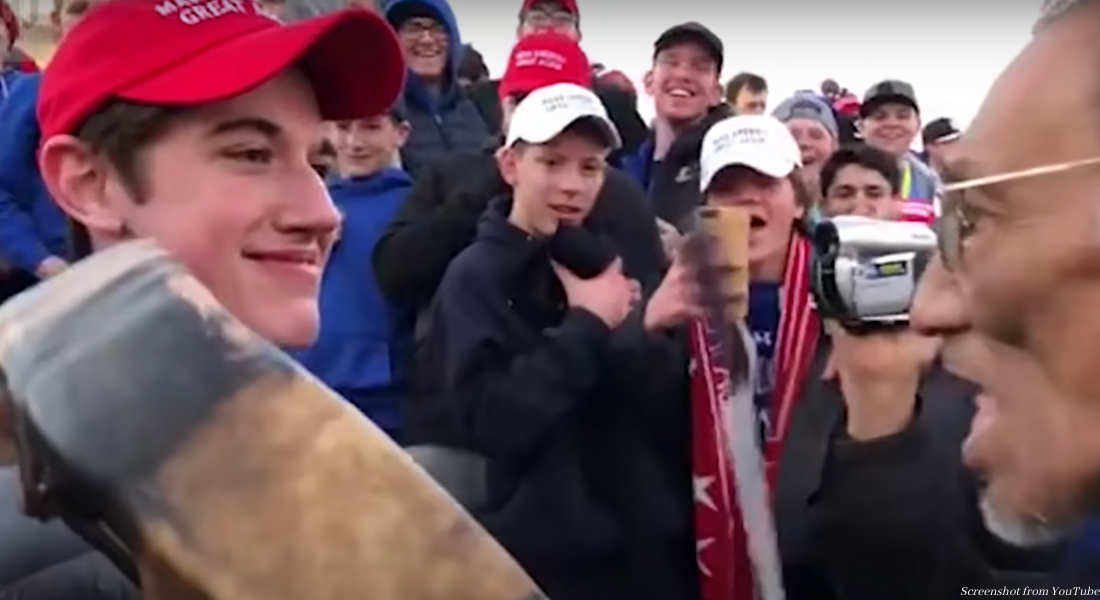 A pro-life high school student who became the center of controversy after a Washington Post video went viral has settled a defamation lawsuit against the news outlet. Nicholas Sandmann had been painted in the media as the aggressor in a confrontation between his fellow classmates and a Native American elder, but further videos disproved that claim.

Sandmann had traveled to Washington, D.C., with Covington High School for the 2019 March for Life, and while waiting at the Lincoln Memorial, was confronted by a group of protestors. After about 10 minutes as the crowd continued to grow, Nathan Phillips, a member of the Omaha tribe who had participated in the Indigenous Peoples March the same day, put himself into the crowd, beating a ceremonial drum and chanting.

Initial reporting made it appear as if Sandmann was mocking Phillips, with short video clips of him smiling in front of Phillips as Covington students surrounded the pair spreading like wildfire. Mainstream media ran with the narrative that the students, led by Sandmann, were harassing Phillips and the other Native Americans with him. Outrage quickly spread, leading to the Diocese of Covington threatening expulsion, while Sandmann was smeared as a racist.

Further videos and analysis gave context to the situation, however, proving the narrative against the pro-life students, namely Sandmann, was false.

Multiple media outlets were then criticized for rushing to cover the incident without bothering to fully investigate first, and Sandmann filed lawsuits against NBC, CNN, and the Washington Post. The lawsuit against CNN was settled earlier this year for an undisclosed amount. On his 18th birthday, Sandmann announced on Twitter that the suit against the Washington Post had likewise been settled, with the amount not released.

The pro-life movement has long argued that the mainstream media is biased in favor of abortion. While abortion organizations like Planned Parenthood rarely receive scrutiny, reporting on pro-life groups is frequently biased to the point of deception. Media outlets have downplayed the number of people attending the annual March for Life, while exaggerating turnout for pro-abortion marches, and the bias is so obvious and outright that some even feel free to openly admit it.

On 2/19/19, I filed $250M defamation lawsuit against Washington Post. Today, I turned 18 & WaPo settled my lawsuit. Thanks to @ToddMcMurtry & @LLinWood for their advocacy. Thanks to my family & millions of you who have stood your ground by supporting me. I still have more to do.

Sandmann also warned that he was going to continue fighting back against the media smears against him in follow-up tweets, singling out Jack Dorsey, the founder of Twitter, by name. “We have settled with WAPO and CNN,” he tweeted. “The fight isn’t over. 2 down. 6 to go. Don’t hold your breath @jack.”

Nick Sandmann is one of many pro-life victims of inaccurate reporting and a rush to judgment, and it’s encouraging for many pro-lifers to see someone not only finally fighting back, but winning.

Editor’s Note: This post originally misidentified the founder of Twitter as Jack Posobiec. This has been corrected.