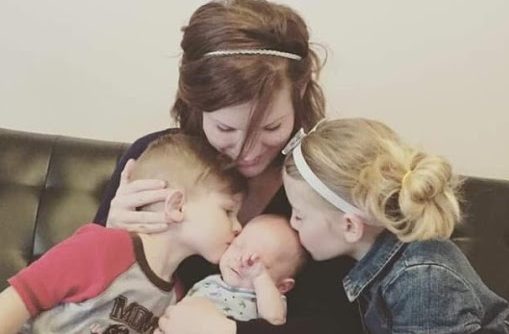 Heather Hobbs, a pro-life speaker and activist in Oregon, says she was the victim of a false accusation of child abuse reported to Child Protective Services. The false allegation was allegedly made by a pro-abortion nurse as retaliation for Hobbs’ pro-life beliefs.

Hobbs says she was in the hospital recovering from thyroid surgery on August 26, 2019. She was receiving intravenous pain medication and nursing her baby. “Nurse C.” was in the room when Hobbs and her daughter had a conversation:

[Hobbs’ daughter] said, ‘Mommy I love you! I want to be a prolife speaker one day too.’ I expressed that I loved her as well and said, ‘I thought you wanted to be an OBGYN?” She said, ‘” I want to be both!’” I replied, ‘We could always use more prolife doctors.’

The nurse immediately had a negative reaction, according to Hobbs:

Nurse C turned to me and said with an annoyed tone: ‘So you’re prolife?’ I smiled and gently said ‘I am now but wasn’t always. I was raised in a more liberal atheist prochoice home, but it wasn’t until my first child that I ever had to really contemplate my beliefs. She changed my heart, and every child after changed me a bit more. I believe abortion hurts women.’

After this conversation, the nurse’s whole demeanor changed. She became “cold, rude, and pushed the medications quickly through my IV, which was very painful, and prior to that incident, she did it slowly.”

Instead of complaining, Hobbs resolved to pray for Nurse C.

However, four days later, Hobbs says she got an angry phone call from the hotel where she and her family were staying. The hotel employee demanded that Hobbs and her family leave, telling Hobbs there was an open complaint against her with Child Protective Services, and accusing her of child abuse.

Back at the hospital, another nurse told her that Nurse C. had filed the complaint. According to Hobbs:

She sat at the end of my bed and said, ‘Oh my God, I didn’t think it would go this far.’ I stopped crying, was confused yet again, and said, ‘What are you talking about?’ She said, ‘One of your nurses yesterday [the 29th] was at the nurses station trying to get everyone to call CPS on you for breastfeeding while on IV pain medicine. We all disagreed with her, but she kept on going on about it so to put her at ease I called the lactation nurse and the doctors. They both said it is safe to nurse while that medicine is used for post-surgical pain. I assumed it had stopped there.

The nurse who filed the allegation with CPS reportedly did so despite being assured by medical professionals that Hobbs’ child was in no danger.

According to Hobbs, the hospital “apologized profusely” for Nurse C’s actions. Hobbs’ doctors also reportedly wrote to CPS defending Hobbs and saying she had not endangered her baby. The hospital also paid for the Hobbs’ hotel stay. Hobbs says she was told by hospital officials the nurse has not been fired but will be “retrained.”

Hobbs and her family believe that Nurse C. was motivated by Hobbs’ pro-life beliefs. Had the hospital not backed Hobbs up so firmly, the family could’ve been dragged into a harrowing and costly battle with CPS. At worst, Heather Hobbs could have lost custody of her children.

The incident is a chilling reminder of the persecution pro-lifers can face.