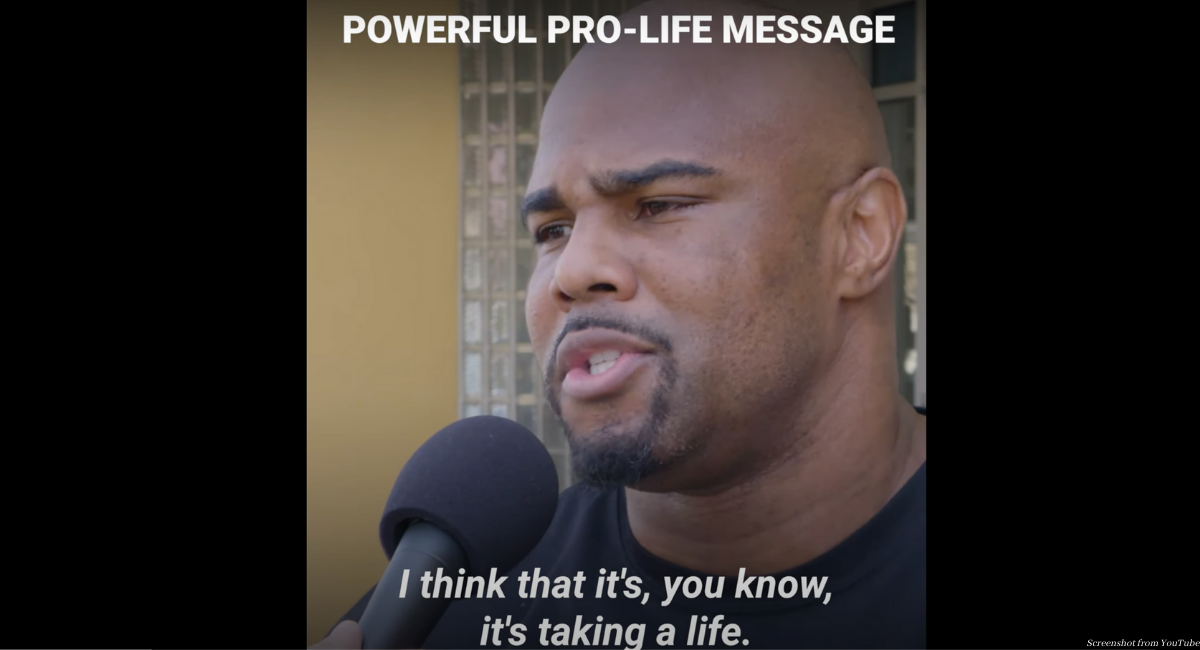 Former NFL defensive end Kenyon Coleman recently spoke with Live Action during a man-on-the-street interview, revealing that he is deeply pro-life. He also spoke openly about his personal experience with abortion.

“[Abortion is] taking a life,” he said. “I think that our culture has tried to turn it into a medical procedure and desensitize people but, you know, life is life, and whether it’s in the womb or to the tomb. And I think that if we can get more people educated on what abortion actually is, then I think people’s perception would change. We’ve turned it into something political and to me, it’s not a political issue, it’s a life issue.”

Coleman considers himself to be “100% pro-life” with no exceptions for children conceived in rape or incest, or children diagnosed with a medical condition while in the womb. From the moment of fertilization, he said, there is a unique life, and “at the end of the day, God is the creator and He loves His creation.”

He also offered a very personal experience that led him to be so ardently against abortion. In college, his girlfriend became pregnant. Although he believed the child was his, she had not been exclusively with him, and therefore, Coleman felt he had a right to support an abortion.

“[T]he aftermath and the consequences and the shame, and stuff like that… ” he said. “The thing is that if someone has had an abortion, you know, there’s definitely… you don’t want to carry around guilt and shame your whole life. We’ve all fallen short in areas of our lives, but you can’t right a wrong with two wrongs, you know. To me, there might be unplanned pregnancies, but there are no unplanned lives. So that’s my view on it.”

Coleman also noted the stark difference between how miscarriages are treated, compared to how society sees abortion. He noted that when women have miscarriages, it’s hard on them emotionally and psychologically. “So I don’t know how you change the narrative when you’re choosing to end a life [through abortion],” he said.

While Coleman said that he understands the issues that motivate people to have abortions, he doesn’t see any of the reasoning as justification for taking the life of a preborn child. In addition to killing the child, it harms the parents. He said the “experience of getting an abortion — the psychological effect, the mental effect, the emotional effect it had towards me — caused collateral damage.” Despite pro-abortion messaging that claims abortion is solely about a woman and her choice, an abortion actually affects others as well — the father, the grandparents, and the siblings.

After watching Live Action’s Baby Olivia video, Coleman said he learned some facts about human development. He pointed out, “the fact that God has created every detail about us and the fact that at the moment of conception, the DNA and the gender and certain traits that we’ll have, that they’re already there — to me that’s profound.”