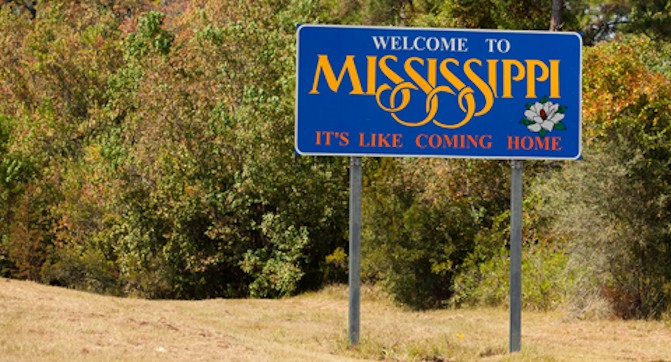 On May 6th, rape survivors and children conceived in rape will gather at the Mississippi State Capitol to remember that 50 years ago, on Mother’s Day of 1966, abortion was legalized in the state for reasons of rape and incest.

The Freedom March Life Wins event is being organized by Juda Myers, founder of Choices4Life – an organization which supports women and girls who become pregnant as a result of rape, and also offers support to those who are raising children conceived in rape.

Myers told Live Action News that two years ago she felt prompted by God to look up the law that legalized abortion in the state of Mississippi. She did, and found that it had been passed on May 8, 1966 – Mother’s Day. Myers stumbled upon a photo image of the law published by another group who opposes abortion and discovered that Mississippi was the first state to amend its law to permit abortions in cases of rape.

“I felt like someone stabbed me in the heart,” Myers said.

Myers felt so strongly because, at age 46, she learned that she was conceived in rape.

Two years later she met her birth mother who tearfully recounted how she was gang raped as a young woman and became pregnant with Myers. When the doctors told her mother that they would “take care of it,” Myers said her mother told her she responded, “You won’t take care of ‘it’ – ‘it’ is MY baby.”

Myers’ birth mother lovingly placed her for adoption after feeling pressured to have an abortion. Myers was born on Valentine’s Day 1957 – a day that her mother told her she realized her daughter’s birth was the best thing that had ever happened in her life.

After Myers’ mother passed away, her mother’s close friends told her that her mother had celebrated her birth every Valentine’s Day and vowed that they would celebrate together again (which they did).

Myers is holding the Freedom March Life Wins event a few days before Mother’s Day, not just for herself, but also for mothers who are treated with disrespect like her mother was. The women Myers encounters through Choices4Life have compelled her to be an activist because of their stories. Myers passionately holds a no-exceptions, pro-life position.

To Myers and the women and children she represents, abortion for rape is genocide against a group of people, based on the circumstances of their conception.

She points out that when you research the history of abortion in America, you will find that model abortion laws originated in the 1950’s with the American Law Institute (ALI), an organization of American lawyers whose mission was the reform of American law. They released the first draft of their Model Penal Code to liberalize abortion on May 21, 1959. Although Colorado, California and North Carolina became the first states to adopt the full language of the ALI model penal code, Mississippi was the first state to allow for the rape exception to abortion.

ALI Abortion Model Penal Code as published by the Chicago Tribune May 29, 1966

Myers says she has heard people refer to children conceived in rape as the “lowest of the low.” In fact, just a few years ago, a pastor even referred to a child conceived in rape as a “demon seed.” Myers said that every time she hears about a “rape exception,” she is angered because she knows that those so-called exceptions represent precious preborn children. She believes that too often, the rape-conceived are used as “a sacrificial negotiating tool” for the passage of pro-life laws.

To Myers, people like her are being targeted for death because of someone else’s crime.

She believes that because rape was the reason abortion was legalized to begin with, ending rape exceptions can actually end all abortions. Mississippi was the first state to use rape to liberalize their abortion laws, but that tactic was also used by Sarah Weddington when she argued Roe v. Wade before the US Supreme Court. The case, which originated in Texas, was based on the premise that Norma McCorvey, ‘Jane Roe’ of Roe v. Wade, was raped. However, McCorvey later stated that she was never raped, and she recanted her involvement in the case. (Roe opened up legal abortion in all 50 states.)

“It started with rape, and it will end with rape,” Myers said. “When the rape conceived are valued, everyone will have equal value in the room.”

Myers will host a “Heroes Welcome Reception” on May 5th at the Downtown Marriott in Jackson, MS, as part of the Freedom March Life Wins event, where she will honor the moms who gave life to their children following a tragic rape. “People who attend are welcome to talk to these moms and hear their stories face to face,” she said.

The day following the reception, there will be a 9:30 a.m. press conference inside the state Capitol. Then around noon, the rally will kick off with an Honor for Life Award Ceremony for mothers from around the country who chose life after rape. After that, the march, which Myers said will be prayerful, will commence. People who are interested in joining her in Jackson can get information about the event at their website which states:

The goal is to show the world that love wins even after tragedy. These women and their babies deserve dignity and equality. Hundreds of women shared their thoughts saying they all have experienced some sort of abuse for loving their rape conceived baby. …

Mothers and children of rape conception will show the world that Love Wins. This March will also be a tool to help in raising funds and resources to protect/support women or girls during pregnancy and in raising children conceived in rape. This March will bring education and awareness to society.