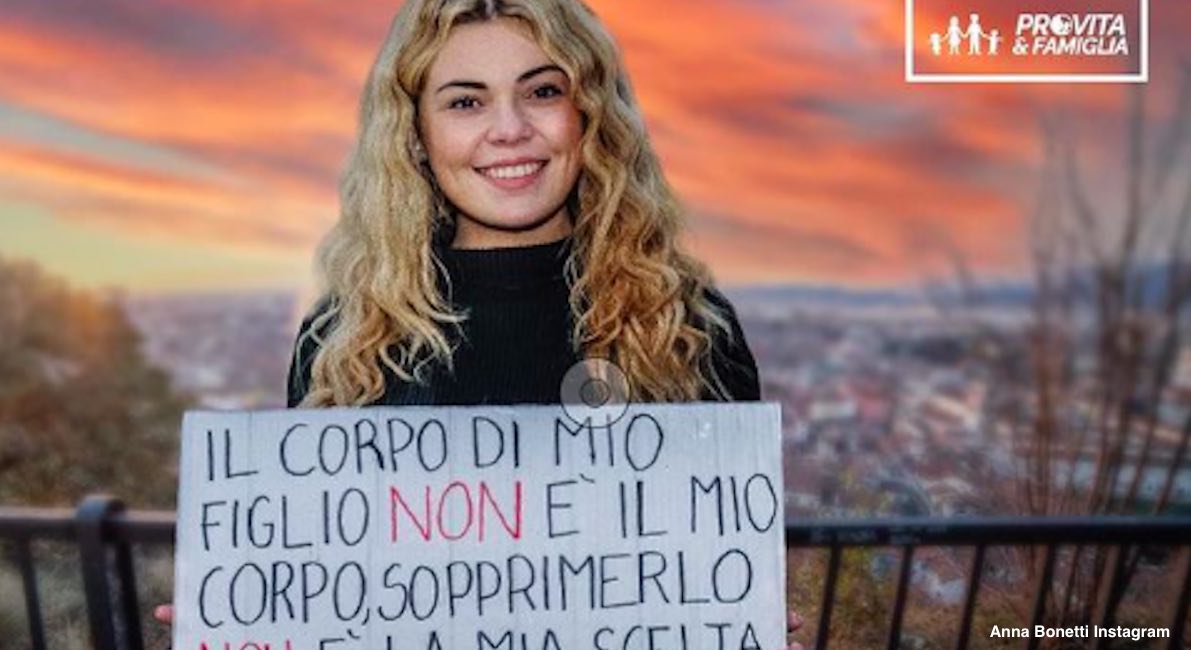 Being a pro-life activist is a challenge every day and I have found out that it isn’t always easy to speak up for life, especially when your opinion is deceptively targeted as “medieval,” “false,” or “against women’s rights.” But in the end it’s a battle that is worth fighting for. Recently I’ve been involved in a pro-life campaign in Italy, which made me understand how important is to stand on the side of the truth.

I have been profoundly deaf since birth. I chose to embrace the culture of life three years ago, when I discovered that deaf babies were being eliminated through eugenic abortion. It was from that moment on that I’ve started seeing the real face of society: it may appear as “inclusive” and “welcoming” of all people, even those who are “different,” but at the same time it gives the right to end their lives in the womb, and every day millions of babies are killed because of this “right.” Through prenatal diagnosis, for example, Iceland and Denmark claim to have eliminated Down syndrome.

READ: Mother of disabled child: Abortion of handicapped babies ‘impoverishes us all’

After learning what abortion really is, I decided to change my life to help build a stronger culture of life in Italy. As a first step in pro-life activism, I joined the Italian movement known as “Universitari per la vita,” or students for life.

I have recently become the face of the national pro-life campaign organized by “Pro Vita & Famiglia Onlus,” an Italian non-profit organization. They asked me to collaborate with them after having seen my pro-life Instagram posts. The idea was to create a billboard against abortion. The final picture shows me holding a poster which says, “My child’s body is not my body, killing it is not my choice, #stopabortion.” While America was witnessing President Joe Biden’s election and abortion supporters were rejoicing, I was hopeful for Italy, knowing that many trucks with my advertising campaign were spreading the culture of life from Rome throughout the nation. 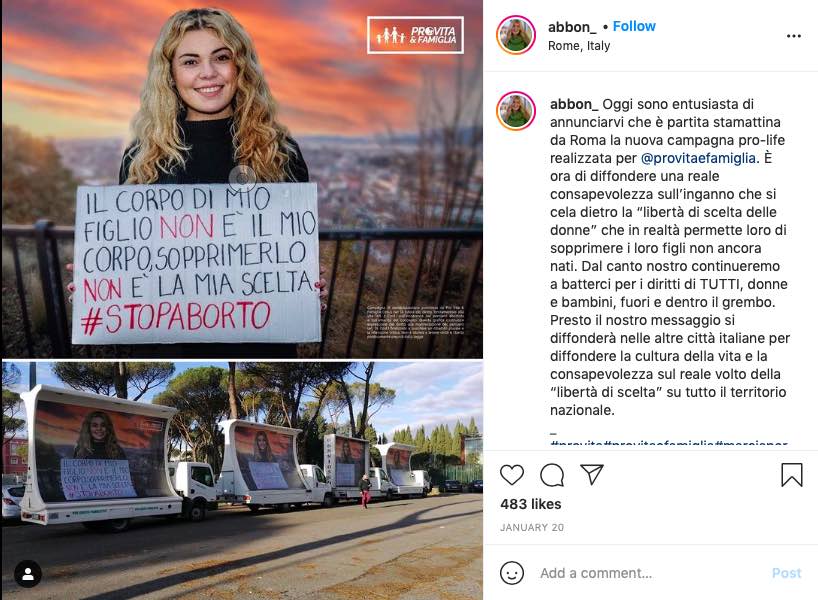 Right from the start, it led to a national debate, even among some political parties and Italian newspapers. The first reaction I received was from the Italian Democratic Party on Facebook, targeting the pro-life campaign as “disgusting.” The Party asked the municipality of Rome to remove the billboards immediately, as they claimed they were “mortifying and crushing women’s rights.” Fortunately, no one accepted this dictatorial request.

Given that I was directly involved in the debate, I decided to answer with a Facebook post, which was reposted by Simone Pillon, a conservative and pro-life senator. In my post, I wrote:

I’m the girl who has given her face to contribute for this campaign, in defense of innocent human life. You call yourselves “democrats,” but at the same time you try to gag in every way those who bring the truth to light: this is typical of the worst dictatorships that have crossed human history.

Every day you claim to be “defenders” of diversities such as disabilities, immigrants, LGBT communities and so on. Well, I am part of that “diversity” that you say you are defending: I’m profoundly deaf since birth, so I know exactly what I am talking about.

What about all the disabled children who are killed by prenatal diagnosis, do you have nothing to say about that? Then, if we have the right to be included in the society, NOBODY can have the authority to deprive us of this before birth. Perhaps you are so outraged by those who are supporting life and motherhood, because it is more comfortable to take a weight off by exploiting your abominable “right” to kill an innocent human being. If NOBODY has the right to deprive others of life and freedom, then why do you think it can be legitimate for a mother to suppress her child, who has no way of defending itself?

The truth is that CRIMES WILL NEVER BE RIGHTS and we will never grow tired of repeating it until we have a voice, whether you like it or not.

I never received an answer, but I felt more confident about the pro-life campaign I was carrying on, thanks to many encouraging messages I received from all around Italy. 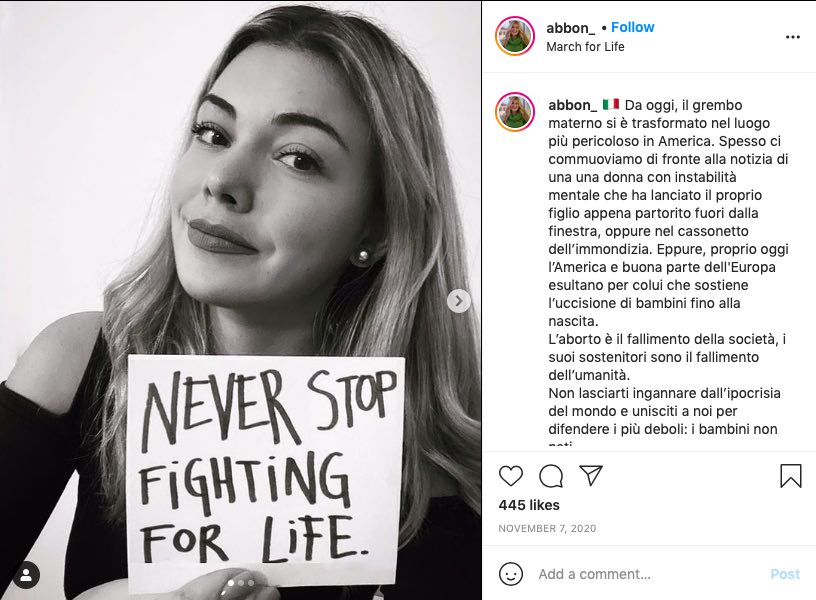 One the greatest goals the campaign achieved was the decision taken by the Region of Marche in refusing to distribute abortion pills in clinics, despite what had been decided by Minister of Health Roberto Speranza.

Meanwhile in Ancona, the county seat of Marche, a vandal smeared the billboards with the slogan, “We won’t go back with rights,” so I can say this experience has made me see the two sides of the abortion issue. On the one hand, I have seen abortion supporters who are deceived by lies. On the other hand, there are many pro-lifers who are like a glimmer of hope, and that’s what makes me keep standing up for life and truth.

George Orwell once wrote, “In a time of universal deceit, telling the truth is a revolutionary act,” so even if the stakes are high, I believe this battle is worth fighting so that the womb will be a safe place to live — where a mother gives life to her child and does not take it away.

Editor’s Note: This post has been edited for clarity.