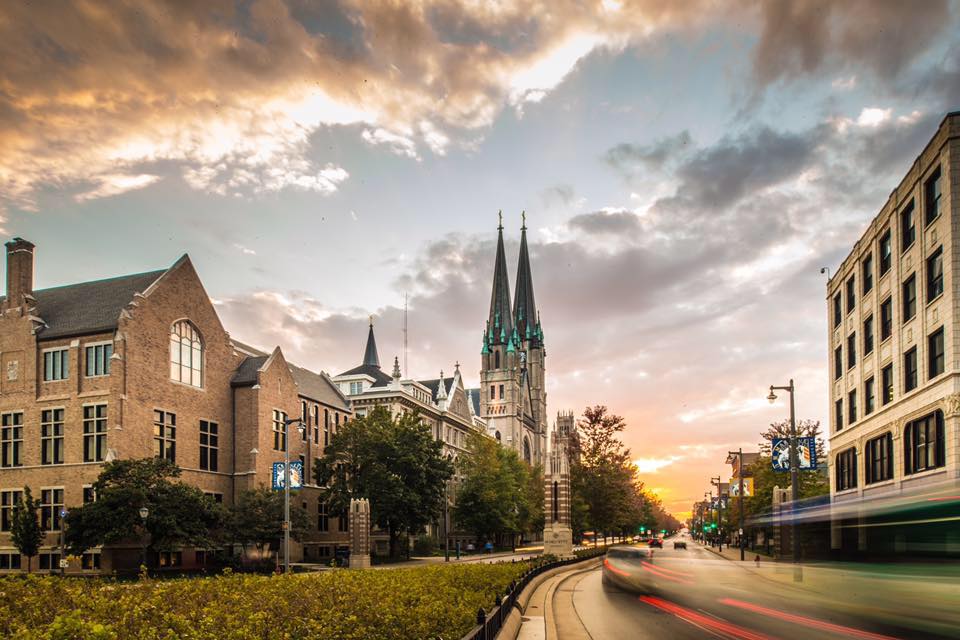 Last week, the pro-life group Marquette for Life put up a “Memorial for the Unborn” at Marquette University, consisting of 1,200 pink and blue flags to symbolize the 1.2 million abortions that take place every year in the United States. The group also put up a display board explaining the memorial and its purpose. This took place during Marquette University’s pro-life week.

Just days later, the memorial was vandalized by pro-abortion extremists. They plastered the display board with pro-abortion slogans like, “My body, my freedom” and “I get to control my body”. The culprits also scattered wire hangers around the memorial.

It didn’t take long for someone to step up and claim responsibility for the vandalism. A student named Clare McCullough said on Facebook that the “Marquette feminist community” defaced the memorial.

In addition to this incidence of vandalism, university banners were also covered with fliers.

But the university itself wasn’t so “inspired” by the vandalism. Dr. Xavier Cole, vice president of student affairs, slammed the vandalism of the memorial, pointing out that the display was approved by the university, and that a counter-protest does not involve defacing another group’s protest.

“Let me be extremely clear. Defacement is not dialogue,” Cole wrote. “Respectful discussion and even dissent is best done face to face. Our issue does not lie in the expression of varying viewpoints, but rather in the way that this was handled. Our mission is grounded in respecting the dignity of all individuals and being inclusive of multiple perspectives. Inclusivity by its very nature begins with respect.”

It seems that Cole’s request for respect was not heard by the pro-abortion activists on campus; a group called “Marquette Empowerment” responded by releasing their own statement in response. While they (weakly) condemned the vandalism, they still slammed the pro-life display.

“The ‘Memorial of the Unborn’ is a display which directly undermines this healing by further stigmatizing abortion,” the letter states. “Rather than fostering discussion and understanding, the display is damaging to the mental health of students and a disturbing act of public shaming.”

Meanwhile, they also complained about the usage of pink and blue crosses, something Marquette for Life adopted to appease pro-abortion students.

“In the past, students at Marquette have complained to university administration regarding the harmful nature of the display, which, until this year, employed crosses to emulate a ‘fetus graveyard’,” they wrote. “The shift to pink and blue — gendered — flags offer no recompense to those interested in human rights and, rather, demonstrates the harmful and misguided conflation of sex and gender and promotion of the gender binary.”

The Marquette Empowerment group also made sure to sing Planned Parenthood’s praises, writing: “This year, we celebrate 100 years of Planned Parenthood, an organization that has continuously supported the health and well-being of our community and the protection of our rights, where our institution fails us.”