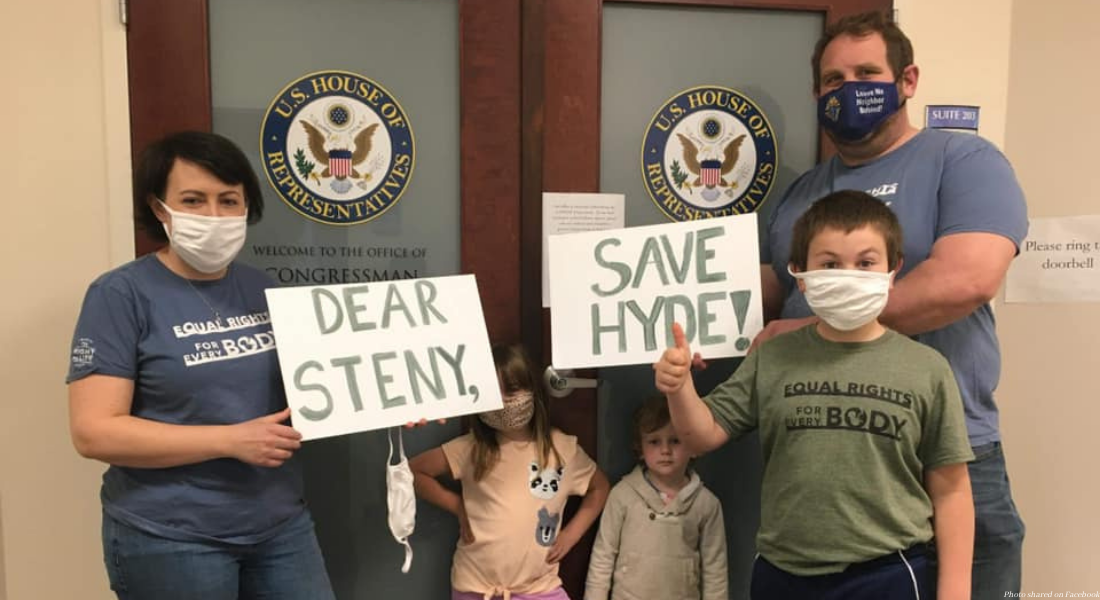 Democrats for Life of America (DFLA) recently mobilized to show their support for the Hyde Amendment, with events held in Washington, D.C., and around the country. Called the “Save Hyde National Day of Action,” the flagship rally took place with the U.S. Capitol in the background, and 21 other satellite rallies were held in various locations.

In the event listing, Democrats for Life pointed out that the Hyde Amendment is known to save lives, and that overturning it would have a negative effect on minority communities. “For the first time since its enactment in 1975 and after decades-long bipartisan support, the Hyde Amendment was not included with a recent spending bill — the large Covid relief bill,” the listing said. “This puts all taxpayers in a position of being coerced into directly funding abortions through Medicaid, despite any conscientious objections to abortion. This in turn causes a disproportionately high number of abortions in minority communities.”

On Friday, pro-life Democrats held a press conference about the rally at the National Press Club in Washington, D.C., where Terrisa Bukovinac, DFLA president, spoke. “We will keep fighting for the values of equality, non-violence, and non-discrimination within our party,” she said. “And we will continue to proclaim the truth: the Hyde Amendment saves lives.”

Kristen Day, executive director for DFLA, also said Hyde shouldn’t be seen as a partisan issue. “The discussion shouldn’t be ‘should we fund abortion,’ it should be addressing underlying reasons why women choose abortion in the first place,” she said, adding, “We would like to see more discussion and more support for women to choose life.”


Day also warned that pushing a pro-abortion agenda so quickly will have severe repercussions for the Democratic Party. “If [Democrats] keep going down this road, where they want to fund abortion and ignore the needs of women … it’s going to be a tough 2022 for Democrats,” she told the Christian Post.

Numerous Democrats, including those who support abortion, have warned that the party is becoming too extreme on abortion, and needs to be more welcoming of pro-lifers. In 2017, Democratic National Party chairman Tom Perez said that every Democrat must support abortion, and repealing the Hyde Amendment was added to the official party platform in 2016. Pro-life Democrats have been fighting these efforts for years.

Bukovinac, who describes herself as a liberal atheist, said pro-life Democrats need to speak up more and fight harder. “The time to push back is now,” she told the Christian Post. “Pro-life Democrats for many years have tried to play nice and have a seat at the table and try to demonstrate that there are pro-life Democrats in the party and that … we do care about other issues. And yet, that strategy has not done very well for us. It has only led us down this horrific path of abortion extremism, and I think the time has come where people are ready to be seen in public and on the streets advocating for this issue.”