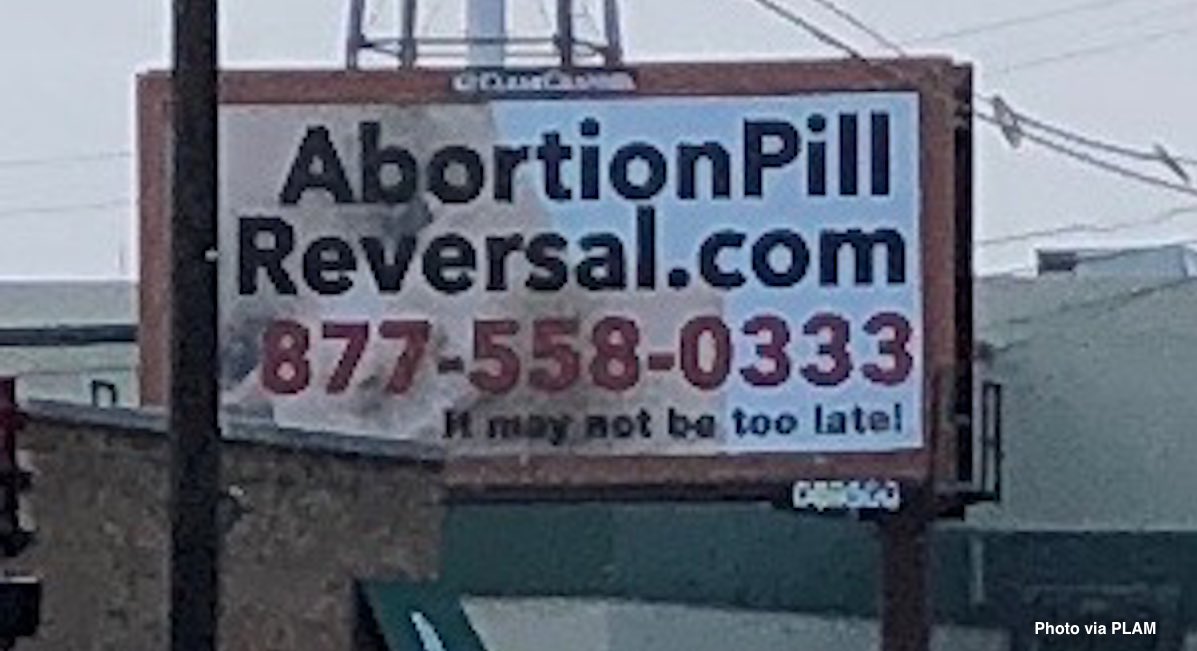 In a recent attempt to silence pro-lifers, two of Pro-Life Action Ministries’ pro-life billboards have been removed after the billboard company received a threat from the owner of the billboard stand.

The billboards, which are near the mega-Planned Parenthood in St. Paul, Minnesota, featured the website and the phone number to call for Abortion Pill Reversal (877-558-0333) and a website and phone number for women facing an unplanned pregnancy — OptionLine.org (800-712-4357). The billboard company, Clear Channel, was told by the still unknown owner of the billboard stand that he would not renew his lease with them if the pro-life billboards were not taken down. The lease was scheduled to end on December 31, 2019.

Brian Gibson, Executive Director of PLAM, told Live Action News that pro-lifers in the city had an “overwhelmingly positive” response to the billboards, which were strategically placed to reach women who may be headed to the mega-Planned Parenthood facility. That facility committed a reported 6,292 abortions in 2018 alone, according to Gibson. The pro-life billboards were an opportunity to inform women of their other options prior to their abortions, and to tell women about the possibility of reversing a chemical abortion (abortion pill) that had already begun.

The billboards went unchallenged and seemingly unnoticed by both abortion advocates and the billboard owner until City Pages, a local publication, did what Gibson calls a “hit piece” on the abortion pill reversal billboard. Using manipulated data from a suspended study, Gibson said they published a very slanted pro-abortion piece.

“The timing between the City Pages article and the demand that our boards be taken down is very close,” said Gibson. “I suspect that the article was instigated by Planned Parenthood and that the owner was asked by Planned Parenthood to act against us. But I state that without any direct evidence… yet. And there is an implied effectiveness of the boards with the action taken against them.”

In other words, if the billboards were hurting Planned Parenthood’s bottom line, the abortion corporation likely would have taken steps to have the billboards removed.

According to Gibson, a representative from Clear Channel has been working with PLAM and “offering to make things right if we find another location for our boards.” The problem, however, is that the previous location was essential for reaching women who were driving to and from Planned Parenthood.

“Needless to say,” said Gibson, “we are extremely disappointed because this billboard stand was a perfect spot to reach abortion clients coming and going with amazing potential to save lives.”