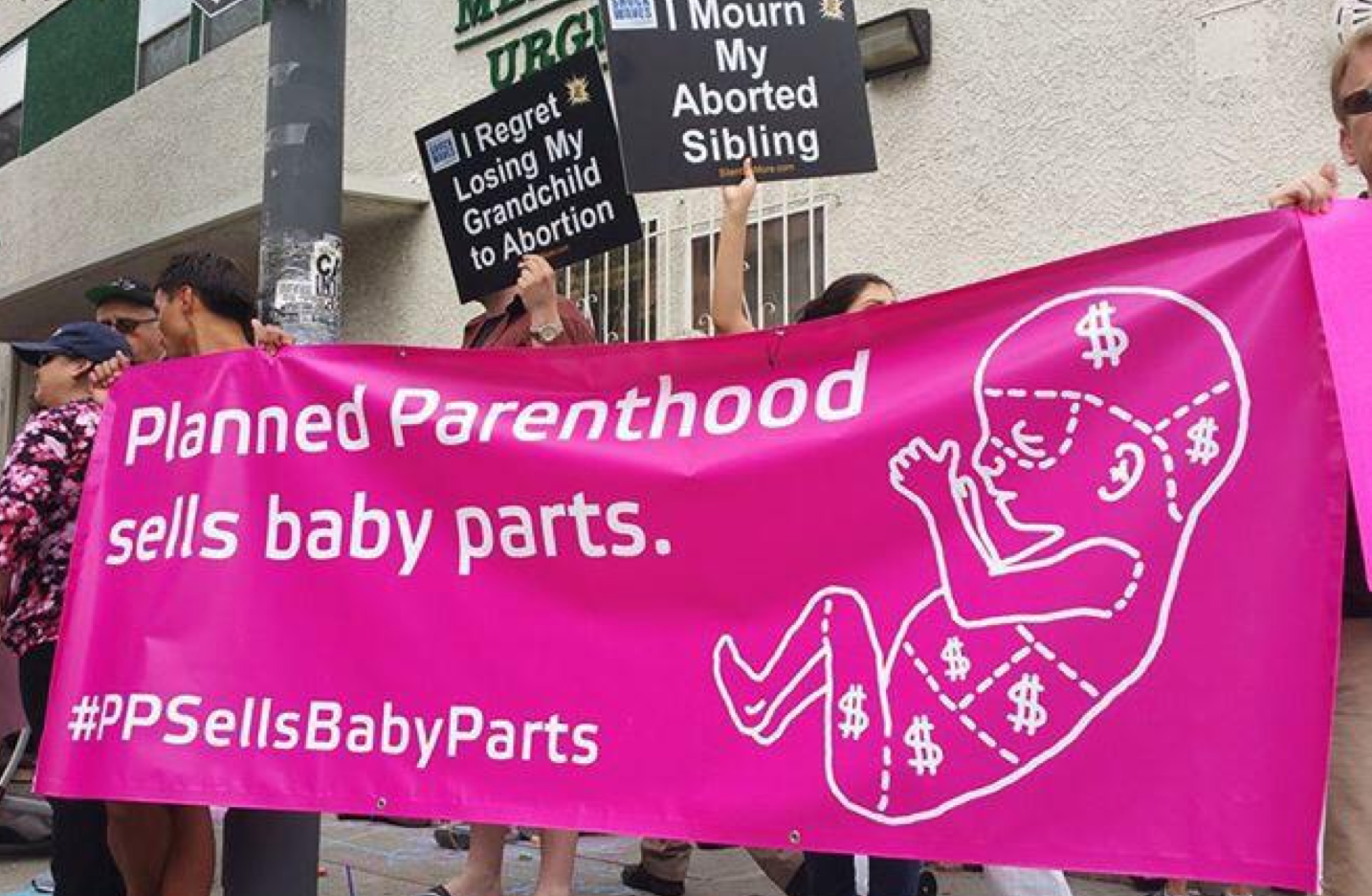 Almost half of the 668 Planned Parenthood facilities in the nation were flooded with pro-life protesters Saturday in a nationwide effort. The demonstrations come on the heels of a series of videos by from the Center for Medical Progress that show top doctors at Planned Parenthood haggling over the price of fetal body parts.

Yesterday’s protest, planned for weeks, follows a new video released this week in which a Planned Parenthood fetal parts buyer is seen making jokes about shipping baby heads. About 320 Planned Parenthood centers saw protesters with the turnout at some numbering in the hundreds and even thousands. Posts about the rallies were tagged #ProtestPP and became the top trending items on both Facebook and Twitter. The Washington Examiner called the protests “massive.” And the Washington Post reported organizers say this was the largest ever single protest against the abortion profiteer – who seems to be quickly falling from the public’s graces. As Live Action’s President Lila Rose tweeted, America is, indeed, speaking out.

America is waking up and speaking out! May we see a world where every life is protected. #ProtestPP #WhyWeProtest pic.twitter.com/xrnExEnfa8

The number of posts on social media today was overwhelming because the numbers of protesters were so high. Here’s a sampling. Elizabeth Zion Herder posted a picture of the pro-abortion demonstrators she saw at the Kansas City region’s Overland Park Planned Parenthood, which she estimated were outnumbered 100 to 1. This middle America location alone had about 700 protesters, and it wasn’t the largest.

Among the large crowd gatherings were the 1600-plus reported by pro-life leader Jill Stanek in Aurora, Illinois.

And in Minnesota, the St. Paul Planned Parenthood drew 5,000 protesters, including Pastor John Piper, who has often spoken about the evils of abortion from his pulpit.

Elsewhere across the nation, crowds gathered, some large, and some smaller, but all a united voice for truth and life.

A count was taken just now at Fort Worth Planned Parenthood Protest. At least 520! #ProtestPP

#ProtestPP 180 attendees standing up against the evils of Planned Parenthood in Wisconsin Rapids pic.twitter.com/kWTYnIXfaO

Louisville #ProtestPP estimates 500+ turned out to call for @PPFA to be defunded. pic.twitter.com/MCJVSfa1g6

Some of the large media and prayer turnout at the PP protest in Washington, DC! #protestpp pic.twitter.com/JlRjVjvy7A

The opposing crowds were small, but some of their signs were stark reminders of the inherent evil and absolute control Planned Parenthood wants at all costs.

And in Detroit, pro-lifers were met with a troubling counter-protest of Satan worshipers, reminding the nation that evil is rooted as deeply as the devil himself.

But as Kristan Hawkins, president of Students for Life of America, reminded everyone, today should only be a piece of the overall picture. The fight continues.