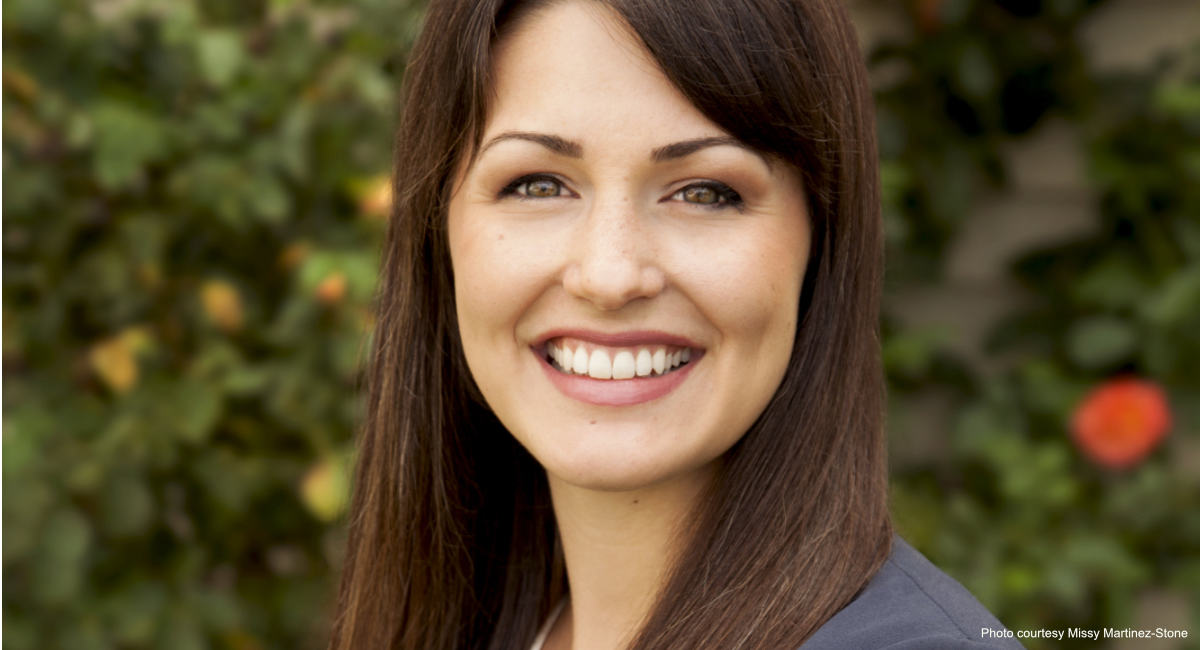 Missy Martinez-Stone grew up in the deep south in a conservative Christian home where the word “abortion” was never uttered. But when she was 14 years old, her family relocated to the D.C. area, known for its widespread abortion practices. The young girl knew then her destiny was to advocate for life. Years later, she would be appointed the Chief Operating Officer of the Louisville, Kentucky, location of Reprotection, an organization created to investigate and shutter abortion facilities that violate state health and medical codes.

“Our family became involved in a church that several national pro-life leaders attended,” Martinez-Stone told Live Action News. “My youth pastor was also vocal about pro-life issues. When I heard about the number of children dying from abortion, this issue resonated with me and became one I deeply cared about.”

Attending her first national March for Life in Washington, D.C., walking down Constitution Avenue, and being surrounded by so many passionate pro-life activists was something she would always remember. Martinez-Stone was struck by a moment of clarity that joining the fight for life mattered to God – and to her.

“I told God I’m all in, I’m going to dedicate my life to the pro-life movement,” Martinez-Stone said. “I started volunteering with pro-life ministries with the hope I’d learn critical skills that would enable me to further my activism and help prepare me for more responsibilities.”

Eventually, Martinez-Stone went to college, where she majored in political science. She remained a staunch conservative in her political leanings, but her appearance was deceiving. “I presented as a punk kid sporting stark black hair and piercings,” she said. “I was constantly mistyped as being a radical rebel.”

When it came time for participation in a mock trial in her court system class, she was assigned the character of the attorney defending partial-birth abortion in the re-creation of the landmark Gonzales v. Carhart decision by the Supreme Court to uphold the Partial-Birth Abortion Ban Act of 2003. But Martinez-Stone resisted taking on the role.

“I went to the professor’s office and just cried,” Martinez-Stone said. “There was no way I was going to argue for abortion, even in a mock trial. Luckily for me, the professor was sympathetic to my predicament and honored my pro-life convictions.”

Finding the ‘sweet spot’ in the pro-life movement

After graduation, Martinez-Stone returned to the D.C. area, intending to enroll in law school. Instead, she joined Students for Life of America with the goal of becoming established in the pro-life movement. There, she traveled extensively overseeing field operations for 1,000 affiliated groups nationwide. But despite her enthusiasm for pro-life work, she was unfulfilled.

“While my work was activism driven, I realized I wasn’t in my ‘sweet spot’ yet,” she said. “Going onto campuses wasn’t my gift. I wondered how my gifts would fit into the pro-life movement. My talents were more suited for the administrative, research and operational areas. I needed to better discern what my role as an activist would be moving forward.”

At the time of her self-reflection, she and her husband were considering a move to Louisville, Kentucky. She scheduled lunch with pro-life leader David Bereit, hoping to pick his brain about opportunities where she could thrive. She couldn’t have known this meeting would change the trajectory of her career.

“I mentioned to David that I was relocating to Louisville and the pieces began to fall into place,” Martinez-Stone said. “He was working on a new initiative with a pro-life organization based in Indiana and wanted to expand into the Louisville area, but didn’t have anyone located there he could trust to help establish the operations.”

The stars were apparently aligned for Martinez-Stone because she would not only be based in Louisville but had the operational skills he was seeking. The organization, Reprotection, Inc., launched the Louisville test project in 2019, and it was incorporated the following year with Martinez-Stone serving as Chief Operating Officer.

At the beginning, Martinez-Stone wondered if the initiative was going to work, but her initial fears were dispelled when she was successful at getting the Board of Social Work to investigate a woman employed as a social worker at a local abortion facility who didn’t have a professional license. As a result, the facility was forced to revise their patient intake process. Martinez-Stone partnered with Sidewalk Advocates for Life to get a Florida abortion facility investigated. After a year-long battle, the facility was shut down in September 2021.

“A sidewalk counselor allegedly saw a woman running out of the building with blood running down her legs begging someone to call 911,” she said. “We probed and discovered the abortionist was an 87-year-old man who suffered from physical impairments such as shaky hands and had his license previously revoked. He also had several complaints of handling patients roughly. The exam rooms had blood on the walls and was noticeably unkempt. It was a travesty.”

Martinez-Stone notified the medical board and got a dispassionate response from the representative, who told her the board had no authority to close the facility. But that didn’t stop Martinez-Stone from fighting to end the abortionist’s bloody career. She met with the state senator and went to the governor’s office detailing how allowing the doctor to commit abortions was endangering women. Her perseverance and dedication paid off.

“Eventually someone got to the medical board representative and the day after an investigation was opened, the abortionist retired,” Martinez-Stone said. “I don’t think this was a coincidence.”

In New York, Martinez-Stone and her team were instrumental in stopping construction of a Planned Parenthood due to zoning board violations, after the planning board skipped getting the required building permits.

New tactics for the ongoing fight for life

It’s clear Martinez-Stone has hit her stride. She is on a tireless crusade to shut down the abortion business. Those facilities that circumvent health codes or violate HIPAA or OSHA laws will be on the radar of Reprotection. And for those abortionists who commit unsafe and unsanitary abortions, Martinez-Stone is coming for them, too.

Gone are the black hair and piercings, but Martinez-Stone is radical when it comes to stopping abortion.

“This year, we’re going to kick it up a notch and advise state legislatures on how to write legislation that will be enforceable. There’s no room for ambiguity when writing laws to uphold life. We have our work cut out for us, but I’m enjoying every minute.”