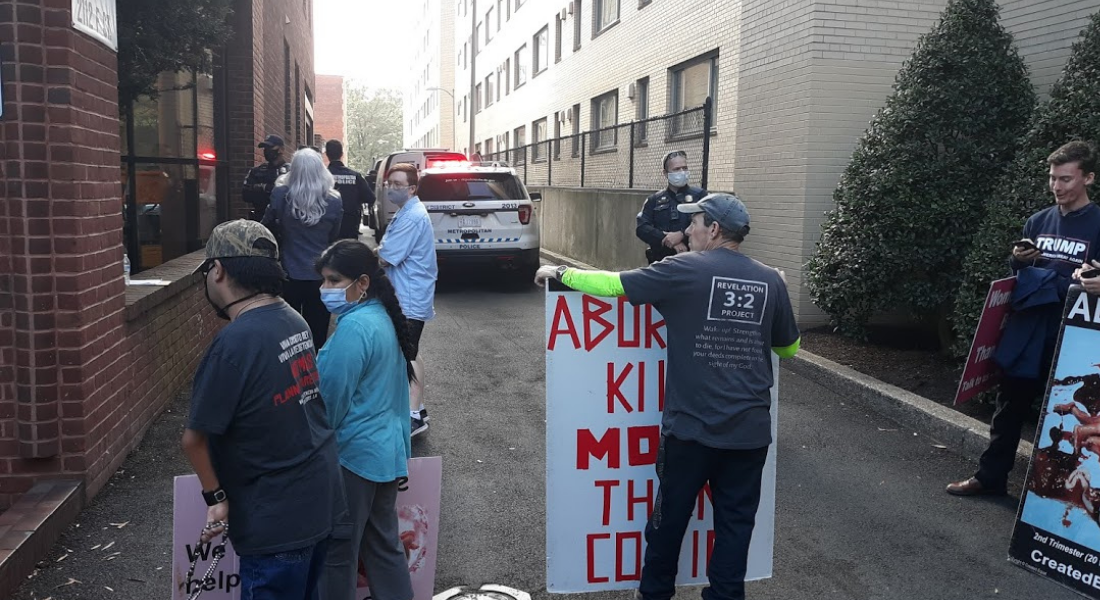 Ten pro-life activists were arrested this week after blocking access to several Washington, D.C., abortion businesses. A large coalition of pro-lifers from varying political and religious backgrounds worked together to shut down abortion businesses in the Metropolitan Medical Center, including Washington Surgi-Clinic, where late-term abortionist Cesare Santangelo works.

Herb Geraghty, a pro-life atheist and Director of Outreach for Rehumanize International, was one of the activists who participated. “It is important that we utilize all nonviolent means available to us to prevent this egregious violence against the unborn,” Geraghty said in a press release sent to Live Action News. “Rescuers are putting their bodies on the line to save these babies and provide support and resources to their parents.”

When the activists reached the building, some went inside and blocked the entrance to the abortion facility’s doors, while others positioned themselves in a barrier around the outside of the medical complex. The goal was to shut down abortions at the facility for the day. Once inside, they tried to counsel abortion-minded women, offering them resources and help to give them another option.

“When someone’s life is in danger there is a moral obligation to do what we can to come to the aid of that person,” Monica Migliorino Miller, director of Citizens for a Pro-Life Society, said in the press release. “Everyone with a true conscience knows this is true. This is exactly what pro-lifers do when they engage in a rescue activity. The rescuers are offering help, support and love in the midst of killing, death and despair.”

The protest was led by Lauren Handy, who frequently participates in Red Rose Rescues and has been arrested for this on several occasions. “I can’t wait for the possible overturning of Roe when this morning 15+ children are scheduled to die,” she said in the press release. “We are no longer having a debate with evil but confronting it head on — today we are using our bodies as shields to protect our preborn siblings from abortion.”

The Washington Surgi-Clinic was one of several abortion businesses featured in Live Action’s Inhuman investigation. In the undercover footage, abortionist Santangelo admitted he would deny aid to a baby born alive after an abortion, and instead, leave him to die. 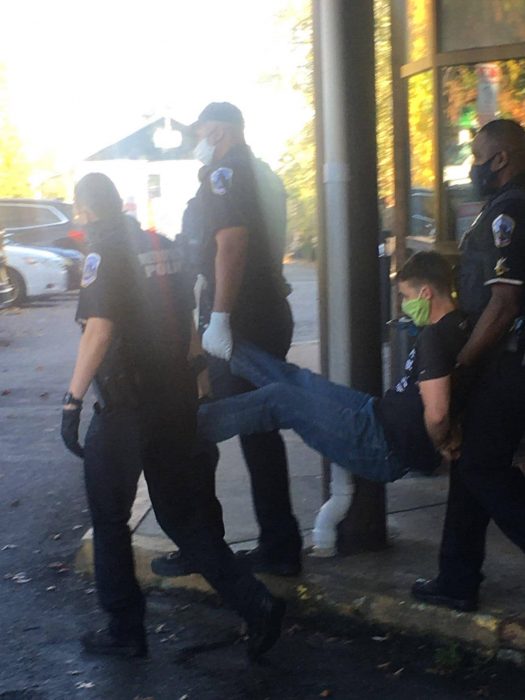 Police carrying a pro-life activist out of an abortion business.

“Technically – you know, legally we would be obligated to help it, you know, to survive,” he said in the video. “But, you know, it probably wouldn’t. It’s all in how vigorously you do things to help a fetus survive at this point. Let’s say you went into labor, the membranes ruptured, and you delivered before we got to the termination part of the procedure here, you know? Then we… would not help it. We wouldn’t intubate. It would be, you know, uh, a person, a terminal person in the hospital, let’s say, that had cancer, you know? You wouldn’t do any extra procedures to help that person survive. Like ‘do not resuscitate’ orders. We would do the same things here.”

He also said that any hospital which helps to deliver a baby after a failed abortion would be doing “the stupidest thing they could have done.”

The activists who blocked entry to the abortion businesses risk being charged with a felony under the Freedom of Access to Clinic Entrances (FACE) Act, which makes it a crime to obstruct the entrance to an abortion business. But these pro-life activists believe the risk is worth it.