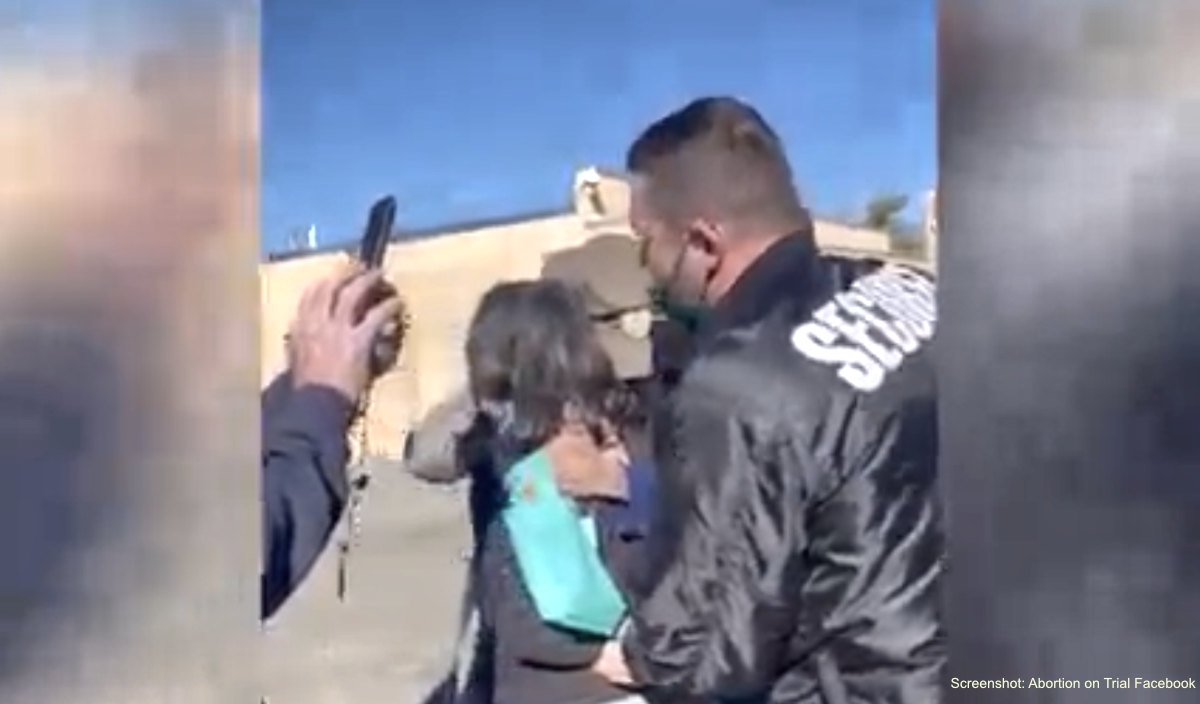 A pro-life activist is suing Planned Parenthood and a security guard employed by the abortion facility for wrongful imprisonment, battery, and inflicting emotional distress after he allegedly handcuffed her without cause and detained her for roughly an hour.

The pro-life activist, Dora Montoya, was praying outside a Planned Parenthood abortion facility in Albuquerque, New Mexico, on November 26 of this year. She was approached by a woman identified in the lawsuit as Sarah Rival.

Rival then began to yell that Montoya had assaulted her. Later, when questioned by police, Rival would admit that at no time did she feel Montoya intended to harm her. She did, however, claim that Montoya had touched her. Montoya and other pro-lifers present dispute this claim.

Planned Parenthood security guard Ricky Vigil handcuffed Montoya. In the video of the incident, he is seen repeatedly pushing away an 85-year-old man standing next to Montoya, at one point pushing him to the ground. According to the video, neither Montoya nor the elderly bystander was resisting in any way.

Vigil has a history of threatening pro-lifers. According to pro-lifers who have been outside the facility, he has threatened to pepper spray, handcuff, and assault them in the past. Vigil kept Montoya in handcuffs for roughly an hour before police arrived and told him to release her. No charges were filed by police.

The pro-life organization Abortion on Trial has released both the police report and documentation of the lawsuit, part of which can be seen below.

This is not the first time Abortion on Trial has had to act against a dangerous and abusive security guard. In another incident, a security guard sexually harassed pro-life activists. That guard had a legal history of sexual misconduct. 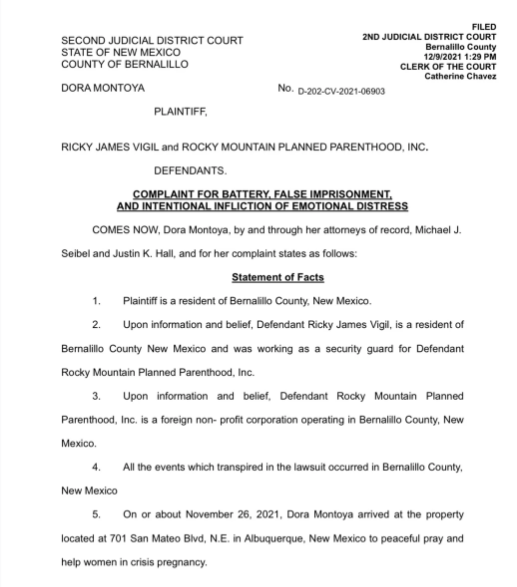 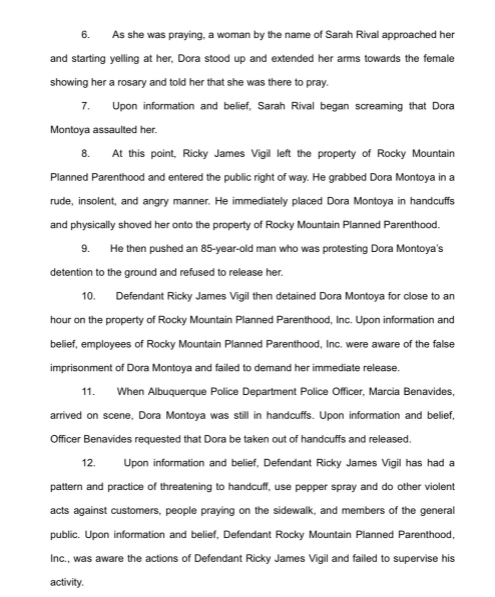