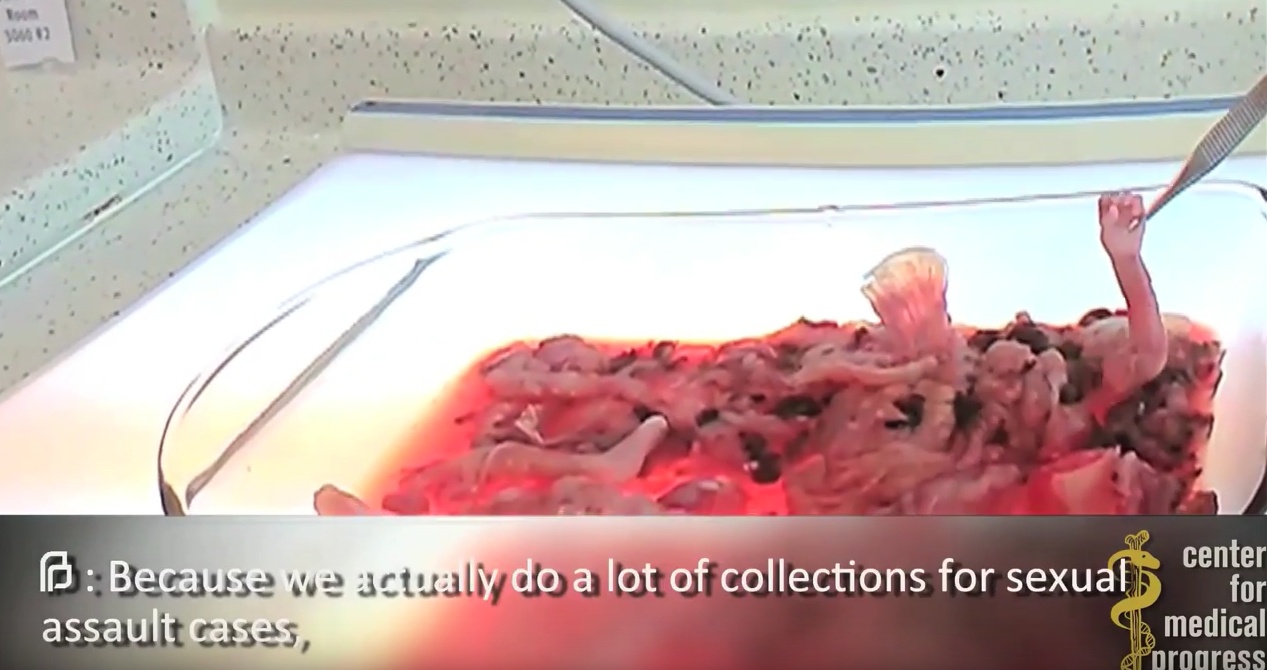 RH Reality Check recently ran an article from pro-choice Dr. Leah Torres. In her article, she talks about the series of undercover videos that the Center for Medical Progress (CMP) has released.

Shot with hidden cameras, the footage shows Planned Parenthood executives meeting with individuals they believe are fetal tissue purchasers. While Planned Parenthood president Cecile Richards admits the tone her employees used was “unacceptable,” Dr. Torres says that she didn’t “perceive anything shocking” when watching the videos. According to her, the officials sounded “professional.” (This is coming from a woman who has stated on Twitter that preborn children, even up to the day of birth, are incapable of feeling pain.)

Torres doesn’t specify what the most professional sounding moment was. Perhaps it was nine minutes and forty two seconds into the fifth video; that’s when a potential buyer asks if there are any “fresh specimens” he can look at. Staff at Planned Parenthood’s Gulf Coast affiliate burst out laughing and explain how “it’s been a long day,” so the remains are “all mixed up together in a bag.” However, they eventually find what’s left of a child who was aborted at twenty weeks. “It was a twin,” one of them notes.

Or, Dr. Torres might think staff sound better in the fourth video. Recorded at Planned Parenthood of the Rocky Mountains, it features a clinic assistant who cheerfully reports that there’s “another boy” on the counter. He’s in pieces.

It also includes the affiliate’s vice president, Dr. Savita Ginde. At one point, she looks down at an aborted fetus and declares, “It’s a baby,” something pro-lifers have been saying for years. Oddly, Torres doesn’t mention this.

Maybe she thinks ignoring the law is a mark of professionalism; some Planned Parenthood officials are certainly ready to do that.

Dr. Deborah Nucatola is. Nucatola is Planned Parenthood’s Senior Director of Medical Services, and three minutes and forty-three seconds into CMP’s first video, she describes how she can abort a baby but still harvest the organs:

Of course, it’s illegal to alter “the timing, method, or procedures used to terminate the pregnancy… solely for the purposes of obtaining the tissue,” but apparently that’s not a problem for her.

It’s not a problem for Dr. Mary Gatter either. Gatter is the president of Planned Parenthood’s Medical Director’s Council, and in CMP’s second video she says the following:

What Gatter is talking about involves breaking the law and deceiving patients, but she’s fine with doing both:

If Dr. Torres thinks this is “professional” conduct for a doctor, then I’d hate to see what she finds objectionable.

But although these videos prove Planned Parenthood isn’t good at being professional, there’s one thing the group excels at: getting your money.

Every year, Planned Parenthood receives over half a billion dollars in federal subsidies. Pro-life senators have tried redirecting those funds to community health centers, but the abortion lobby and much of the Democratic Party stands in the way.

If you want that to change, then sign Live Action’s petition. It’s available here, along with additional proof of the group’s crimes.

Because while Dr. Torres might not see anything shocking, the rest of us have different standards.