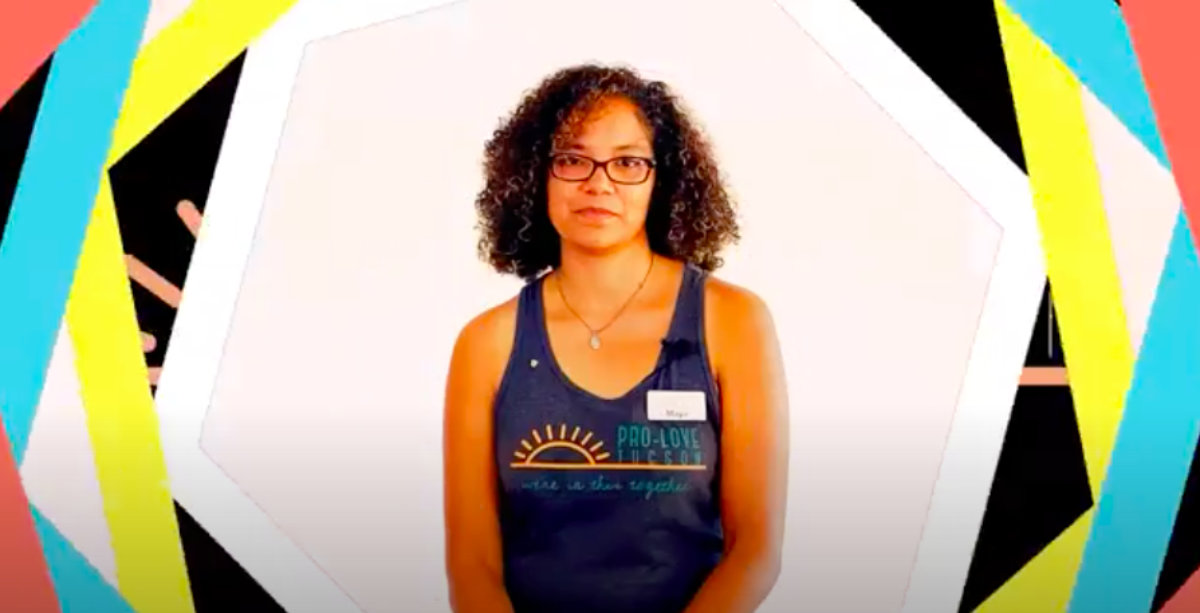 Sidewalk counselor Maya was a deeply religious Catholic from an early age. Yet, in her conversion story, she describes how despite this upbringing, she was in favor of abortion.

Abortion rarely came up in her Catholic high school, but she remembers attending an abortion debate which made her angry. She says, “[I]t shows how powerful cultural messages are because I was only 14 at the time, and even then, I’d already absorbed the cultural message that abortion was a woman’s right, and anyone who was against it was against women.”

In college, she left Catholicism over the conflict between her faith and her pro-abortion views, but came back after three years, realizing, “I just can’t worship God alone, on my own, without any religion at all.”

The subject of the very first mass Maya attended was — much to her surprise — abortion. It made Maya very angry, but she didn’t walk out the way some others in the congregation did. As time went on, Maya got very involved at church and with a young adult group. But abortion almost never came up.

Then one day at a church event, a fellow young adult group member wore a pro-life T-shirt that said, “One Heart Stops, Another Heart Breaks.” Maya had a visceral reaction:

Oh, that made me so mad. I just kind of seethed there in silence. Because, again, it was an attack on women’s rights. But the funny thing was, I couldn’t argue with the first part. “One heart stops.” That’s true. And I knew that, as someone who supported abortion. Obviously, you can hear a fetal heartbeat… So I knew that part was true. So I just kind of ignored that, and I focused on the second part.

At age 30, Maya got pregnant, despite using birth control that was supposed to be 99.7% effective. And she had an abortion:

I went through with it because I figured, abortion is no big deal. Isn’t that what I’ve been saying this whole time? That you just do it and move on with your life? And so, I did go through with the abortion… The moment after my abortion, I did feel a sense of relief. But the day after abortion was a completely different story.

The day after the abortion I felt a sense of despair and hopelessness, unlike anything I had ever experienced in my whole life. And so it turned out that that guy’s T-shirt was true. It was correct. One heart stops. Another heart really does break. So he was right.

And I was completely wrong.

And it was then when I understood why our religion teaches that abortion is wrong. Because not only does it take human life, but it causes lifelong scars for the women and the men who undergo this horrific, horrific tragedy.

She eventually sought healing at Rachel’s Vineyard, a Catholic pro-life ministry. She says:

It’s pretty ironic because growing up in the church, you would see Rachel’s Vineyard advertisements in the local bulletin, and that would make me mad too.

Like, women don’t regret abortion, why are they perpetuating this false narrative, as the pro-aborts say.

And yet here I was, now finally utilizing this service after my own abortion.

Maya now shares her story and her regret with women on the sidewalks outside abortion facilities. By sharing her testimony through the video, she hopes to convince other pro-abortion Christians to become pro-life.