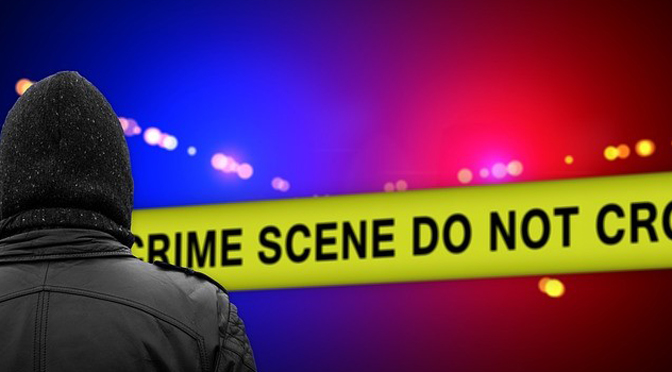 From the Huffington Post, this week we have a particularly unusual complaint from Progressive Victory president Hans Johnson. It seems that CrimeMapping.com – which, as the name suggests, compiles crime information geographically and is used by police departments across the country – has displayed a number of crimes in Los Angeles under the definition “murder by abortion.”

Those behind the website claim they just compile the information they get from law enforcement and aren’t responsible for the labels, while the LA Police Department claims not to know where the label came from.

This, of course, is horrible for all the usual reasons. Johnson blasts it as “deceptive in that it conflicts with prevailing federal law” and “distort[ing] the homicide label by putting the apparent stamp of legal authority on an incendiary accusation.” He also quotes “Reverend” Harry Knox, CEO of the “Religious” Coalition for Reproductive Choice, calling it “immoral” language causing “shame to get in the way of woman’s God-given right to make the sacred decisions about when, how, and under what circumstances to become a parent”; and LA area leftist radical Diane Edwardson wails that “[r]hetoric has an effect over time… [i]f you see it often enough, it can make the audience think abortion is murder.”

Could there be a secret anti-abortion conspiracy going on among officials of an extremely left-wing city in one of NARAL’s favorite states? Color me just a tad skeptical.

If one were inclined to tackle the story from a more objective angle than Johnson and friends, one would start by asking whether abortion actually can be any kind of homicide under California law. Sure enough, it can. The law defines “murder” as “the unlawful killing of a human being, or a fetus, with malice aforethought” (emphasis added).

Such fetal homicide laws can be found in many states, which permit legal abortions sought by the mother but at least recognize her child as another victim in violence aimed at both of them. It may ruffle Knox’s and Edwardson’s feathers that the Golden State even affords that sliver of decency to their victims, but that would say more about them than it does about the LAPD or CrimeMapping.com.

Admittedly, that doesn’t necessarily close the story. I could only find two instances of the word “abortion” showing up on the site, both in LA, and while it still shows up in the Google cache, it’s been scrubbed from the current version. And while the site doesn’t offer much detail on specific cases, the first result appears to be this murder of a 30-year-old woman, who is not described as having been pregnant in any of the coverage I could find, and the second this murder of a 48-year-old man.

Ultimately, however, we are still left with more than enough to show there’s no conspiracy warranting an especially-contrived War on Women freakout. Maybe it was a technical error on the website’s end. Maybe whoever at the precinct sends them the data simply screwed up. And less likely given the second case, but in the first one maybe she was initially misidentified as pregnant by authorities, or she was pregnant but the detail was kept quiet due to privacy concerns. Who knows? And for the purposes of any potential scandal, who cares? Two erroneous labels out of hundreds of thousands of records isn’t even a needle in a haystack, let alone a pattern.

Between the fact that there’s a perfectly valid label for the real crime of fetal homicide, the numerous plausible explanations for the label being misapplied through simple human error, and the complete absence of evidence of any conscious effort to misrepresent a significant number of crimes as murderous abortions, we may have a new contender for Lamest Pro-Abortion Pseudo-Scandal Ever…yes, even lamer than fears that Siri was an anti-choice mole or Hollywood was trying to scare people away from abortion.

Most people seeing these results would perhaps raise an eyebrow, but before too long their common sense would lead them to assume it’s a simple error, and they would move on. But for Johnson, Knox, and Edwardson to throw such a fit at seeing the words “abortion” and “murder” show up next to each other suggests that they’re a wee bit defensive because, particularly with Big Abortion insiders joking about mailing decapitated heads in the news, they’re finding it harder and harder to deny that murder describes abortion to a T.

The prenatal murder contingent doth protest too much, methinks.