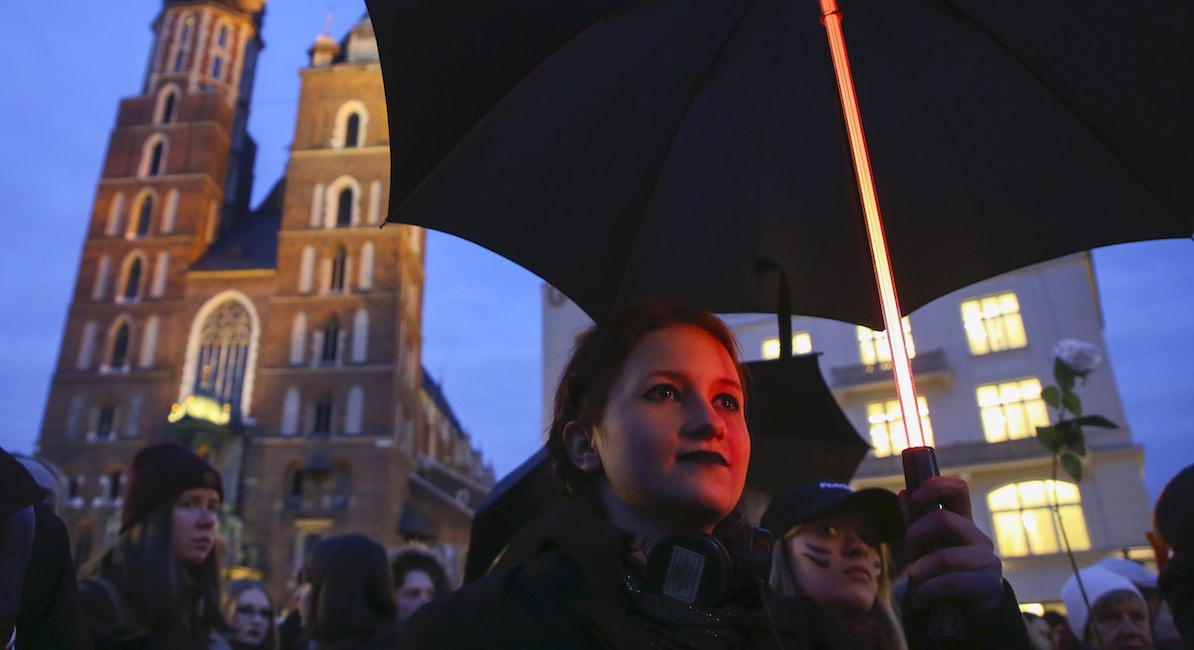 International pro-abortion groups that work to ensure women can obtain abortions despite the anti-abortion laws of their countries have now begun providing such “services” to women in pro-life Poland.

According to Catholic News Agency, “Abortion without Borders” is a collaboration of multiple pro-abortion organizations including Abortion Dream Team, Polish Abortion, Abortion Support Network, Auntie Basia, Abortion Network Amsterdam, Women Help Women, and the notorious Women on the Web. The group seeks to fund and organize abortion trips for Polish women in order to have abortions carried out abroad. It is also believed that the organization will teach callers how to get the abortion pill online while also referring to abortion facilities in surrounding nations such as the Netherlands, Britain, and Germany.

Women on the Web informs women about the abortion pill in states and countries where abortion is not currently legal. The organization advises women who experience dangerous complications such as heavy bleeding to tell doctors at the ER that they are experiencing miscarriages. Withholding information from the medical team attempting to save a woman’s life and health is a dangerous game.

The founder of Women on the Web also founded AidAccess.org to sell the abortion pill online. This goes directly against the requirements of the Food and Drug Administration, which sent a warning letter to Aid Access to cease its illegal sales. Taking the abortion pill regimen without speaking with a doctor is dangerous, as it may not be appropriate based on a woman’s specific health history. In addition, supplying women with the abortion pill online is dangerous because women may not know how far along they are, and may take the two-dose regimen well after the recommended time period. This can cause serious complications.

READ: Pushing abortion in Poland – or anywhere else – won’t give women freedom

Abortion in Poland is mostly illegal, with exceptions to protect the woman’s health or life, if there is a high chance the child will have a disability or incurable disease, and in cases of rape or incest in which the abortion can be committed up to 12 weeks gestation. For pregnancies that risk the mother’s health or for pregnancies in which the child receives a severe diagnosis, abortion is only allowed until the child is able to survive outside the womb. However, in truth, abortion (the intentional and direct killing of a child in the womb) is not medically necessary.

Polling shows that 49.9 percent of people in Poland do not want the current abortion laws to be changed. 14.9 percent think the abortion laws should actually be tightened. This means that along with the government of Poland, the Polish people are very pro-life. In November, Poland was one of 11 countries, along with the United States, which declared at the Nairobi Summit that “there is no international right to abortion; in fact, international law clearly states that ‘[e]veryone has the right to life.”

Polish Children’s Rights Advocate, Mikolaj Pawlak, said that he would file a notice to the Prosecutor’s Office regarding the pro-abortion group and its desire to increase abortions among Polish women.

“I have analyzed and consulted the issue with lawyers and in my opinion, the proposal shown on those websites are facilitations for committing a crime, which is violating Polish abortion law and the country’s penal code,” he said.