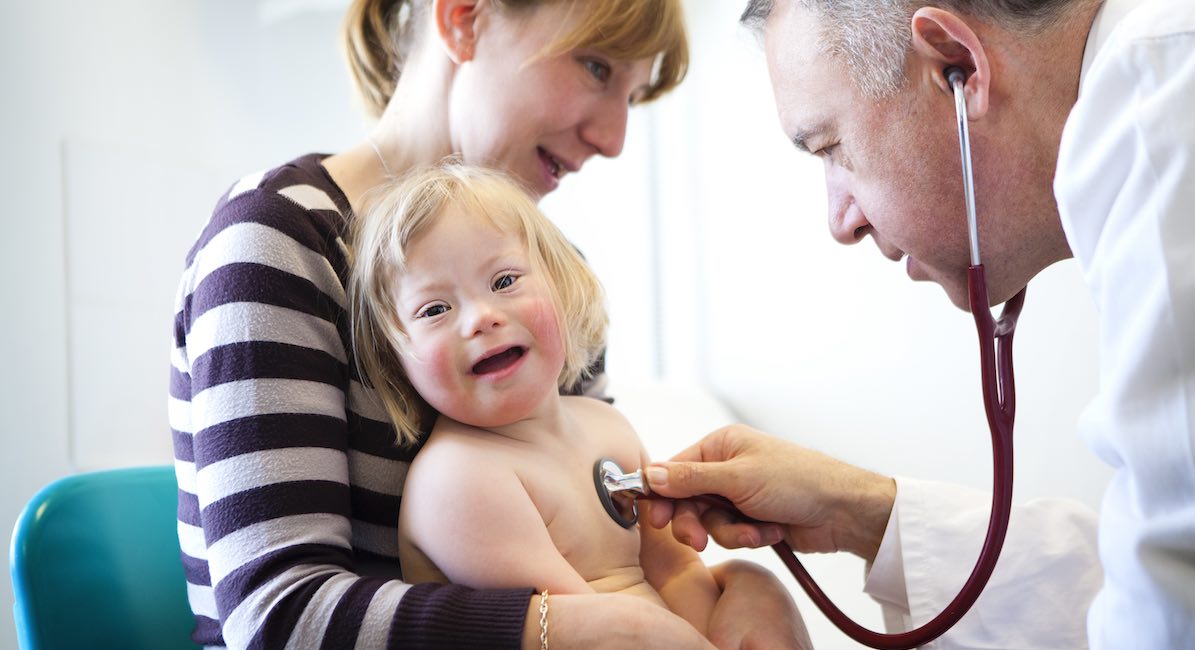 Prenatal testing often receives criticism, even within the pro-life community. The reason is because abortion advocates regularly encourage parents to abort if testing reveals that there is a concern that the child will be born with any kind of abnormality or disability.

Many well-meaning people decide against prenatal testing altogether, as if receiving it would somehow indicate that they intend to abort if an abnormality is detected. But prenatal testing can be used in a very positive, pro-life way. When parents are aware of a child’s medical needs before birth, they are often better able to prepare for raising a special needs child, while securing the help and attention needed immediately to give their child the best chance of survival after birth.

In a recent Spectrum News story, Leslie Ardon spoke about how prenatal testing was able to help her identify that her daughter Melany would have Down syndrome. Ardon said she knew nothing about the condition and was initially afraid that it meant her daughter would die. After receiving reassurances from medical professionals, she was able to use her newfound knowledge of the condition to better prepare for her daughter’s birth.

Dr. Edward Miller, a high-risk pregnancy specialist, says that many prenatal testing procedures are very safe, and they are a useful tool for helping to prepare parents for what to expect after birth. “It’s different than what you were expecting, but that’s what life is about. It’s about differences, and she’s one of the most important members of your family now. She’s perfect and that’s what we said all over, she is going to be perfect for you,” he told Ardon.

READ: Aborting a child for a poor prenatal diagnosis is discrimination, and it helps no one

While Ardon was able to use the testing to prepare for what life would be like raising a child with Down syndrome, other parents use the testing to ensure that their children have essential medical resources available to them directly after birth. That was the case for Lexa Dennis, a little girl who was diagnosed prenatally with spinal muscular atrophy (SMA). Because her parents knew ahead of time that she had the condition, they were able to prepare for her to receive Zolgenesma, a single-dose, life-saving medication for children with SMA. Thanks to prenatal testing, Lexa was able to receive the medicine at just four days old. At this early stage, the treatment will likely be a life-changer.

“Luckily we had physicians that were able to diagnosis her prenatally, which was a big step,” explained neonatologist Dr. Kimberly Stewart at the time, “because most babies are diagnosed after they’re greater than a couple weeks of age to a month and by then the disease has already started to progress. So the medication may help slow it down or stop it at that point but the baby is already symptomatic.”

SMA is just one of many medical conditions that benefit from a prenatal diagnosis. Now, with technological advancements, some doctors have been able to perform spina bifida surgery on preborn children in the womb.

This was the case for parents Gilda and Arnuf Giron, who found out that their daughter, Abigail, had spina bifida thanks to testing at just 16 weeks. Doctors were able to perform surgery on Abigail, a procedure her doctors called “life-changing.”

“Abby is going to go home with no operative intervention at all, and she is going home in about a week,” said Dr. Alex Van Speybroeck, director of the spina bifida program at Children’s Hospital LA following Abigail’s birth. “I have never seen that in my career.”

These are just a few of the many instances in which parents were able to positively use prenatal testing to improve life for their preborn children. There are far too many accounts testifying about how testing was used as a seek and destroy tool, to abort when there is a hint of a problem. It’s time to flip the coin on this unfortunate narrative. Telling these positive stories is an important way to change the conversation and emphasize that prenatal testing can be pro-life.