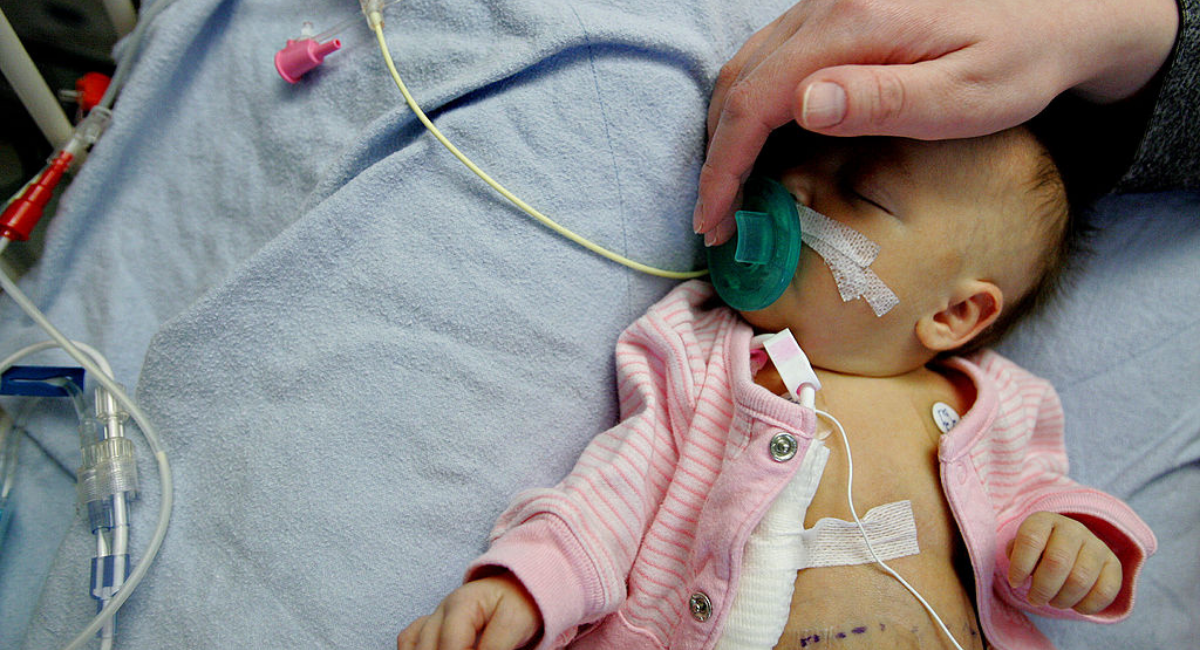 A premature baby in Canada born with all of her intestines outside her body has defied the odds, and is headed home from the hospital after 110 days. The Daily Mail reports that Autumn Warner was born nine weeks early by c-section, weighing just 2 pounds, 12 ounces at birth. Her parents say that because of her medical condition — gastroschisis — along with her extremely small size, the odds were slim that she would survive.

According to the CDC, gastroschisis is a birth defect that occurs when the baby is born with his or her intestines exiting through a small hole near the belly button. The agency estimates that 1,871 babies in the United States are born with the condition each year. While it is often treatable with surgery, the Daily Mail states that 10% of children born with the condition do not survive.

Baby Autumn’s condition was all the more difficult to treat because she was born premature, and was so small at birth.

“There are a lot of complications that come with the condition, but she was also not growing and was in the third percentile,” said her mom, Holly Striloff. “It has been a chaotic and stressful journey and meant that neither of us really rested much with everything happening.”

READ: ‘You are my miracle’: Doctors gave Max a 5% chance of survival, but he’s now a healthy boy

Striloff said that she was about 18 weeks pregnant when she first learned of Autumn’s condition. “I was shocked because it was not something I had ever really heard of before,” she said. “At the time, it was incredibly overwhelming because we were just concerned for her safety.”

Doctors at Women’s and Children’s Hospital in Vancouver, British Columbia, decided that the best way to treat Autumn’s condition would be through a silo surgery, in which the intestines are slowly fed back into the body over the course of many days. Autumn’s surgery took 12 days in total. She then suffered a number of complications that required a second surgery, four blood transfusions, and catheters to feed medicine into her body. Striloff praised the medical team at the hospital, saying that without them, “Autumn would not be as happy and healthy as she is today.”

After the harrowing experience, Autumn is now a healthy 8 pounds 4 ounces, and has left the hospital to be with her family. “It was 110 days of sleepless nights, mental exhaustion, trauma, defeat, and tears,” said Striloff. “Yet at the same time, it was 110 days of milestones met, love at first sight, excitement and pure joy.”