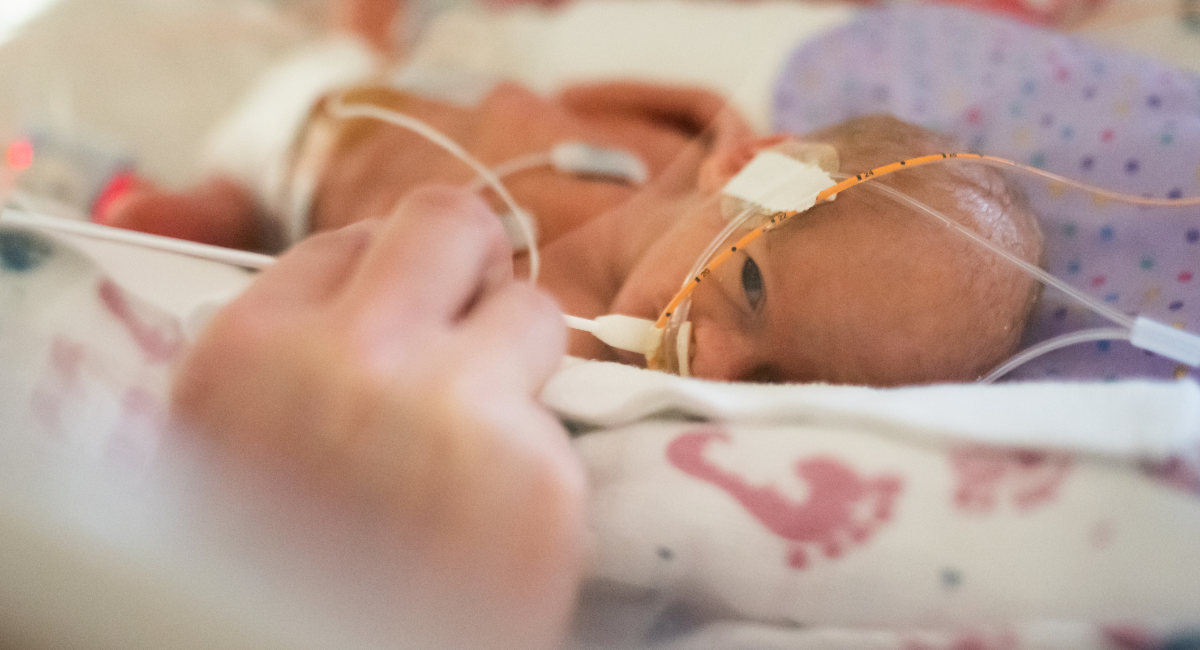 A woman’s life was saved when her baby was born 12 weeks premature, allowing doctors to discover a cancerous tumor. According to the doctors, if the baby had arrived on her due date, it would have been too late to save the mother.

32-year-old Harriet Elsdon had an ultrasound when she was 20 weeks pregnant, and doctors found a cyst on her right ovary. They scheduled her for a follow-up screening at 29 weeks, but baby Maddison had other plans. Originally, her due date was October 1, but on July 1, Elsdon began experiencing stomach pains and called for help. She was told to go to Broomsfield Hospital immediately, where she gave birth within just 20 minutes of arrival.

“After three pushes, she was out,” Elsdon told the Independent. “It was such a whirlwind experience and she was so tiny when she was born. She was passed over to me and Nicholas in plastic wrap before going into the neonatal ward.”

The couple went home after a few days to care for their other two children, while Maddison remained in the NICU. But then, five days later, Elson realized she was still experiencing stomach pains — so intense that she struggled to walk. Doctors used a pelvic ultrasound and an exploratory surgical procedure, which allowed them to determine that the cyst had grown larger and had ruptured.

“After I woke up from the operation they broke the news,” she said. “The moment they said ‘tumour’ and ‘ovarian cancer,’ I knew that chemotherapy would be on the cards. The doctors said it was my choice to have chemo or just relied on regular CT scans, but I immediately knew I was going to have chemo because I had to stay alive for my children. Luckily they were able to remove the tumour and right ovary and the following month I started my chemotherapy.”

Maddison was able to come home in September and now weighs over nine pounds. Meanwhile, Elsdon is looking to finish her last chemotherapy session before Christmas.

“She’s already a demanding baby at only four months but my goodness, she’s completed our family!” Elsdon continued. “Even though she was tiny at birth, she thrived in the ward compared to other premature babies. She’s been so strong since she’s been born — I never thought premature babies could be so robust. I always think, if I haven’t gone into early labour, I don’t think the tumour would have been caught in time. It’s almost like she knew she had to come out. If she didn’t I’d be looking at stage three or four ovarian cancer. Maddison really saved my life- but she won’t hear that from me as she’ll be using it against me when she’s a teenager. I was so lucky my cancer got caught when it did and that I’ve had such good treatment.”