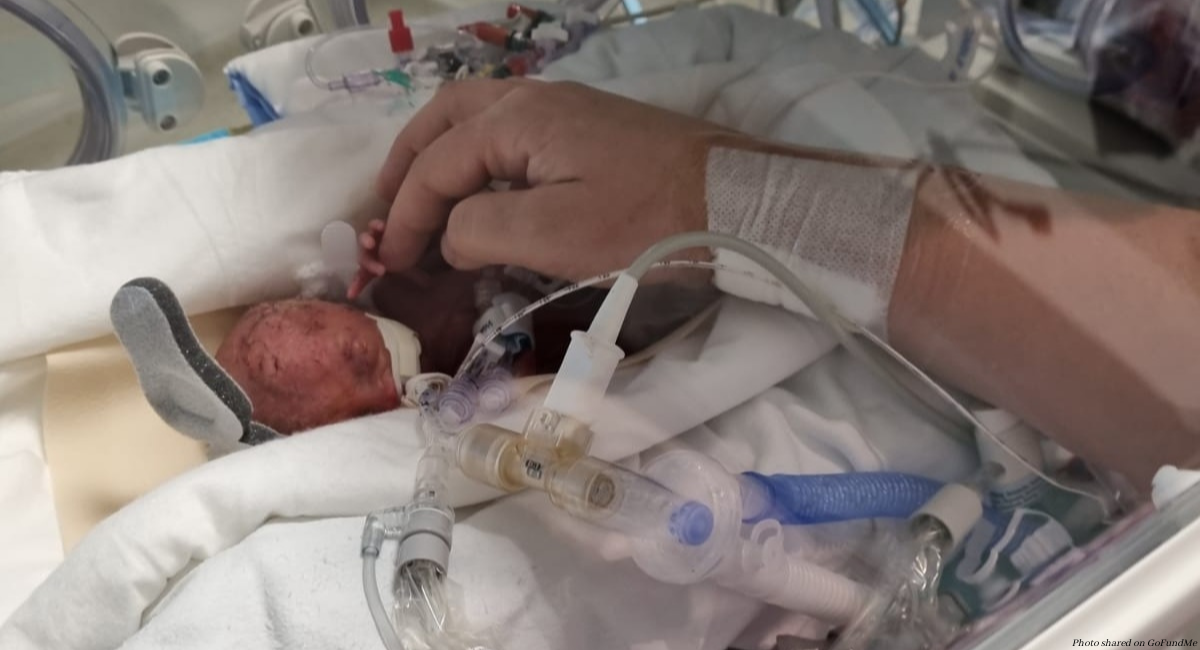 Little Rory Byers was born at premature 24 weeks, weighing just 1 pound 3 ounces. In the seven months since his birth, he has overcome many obstacles, and his survival has been called nothing short of a miracle.

Rory’s mom, Kimberly, detailed some of his extensive medical challenges in a GoFundMe page for the family. Kimberly explained that she got extremely sick with sepsis when she was 24 weeks pregnant, and Rory needed to be delivered right away in order to save her life. Because of his premature arrival, he’s faced many challenges, including bowel surgery, four bouts with sepsis, chronic lung disease, congregated jaundice, laser eye surgery, and more. He’s also received 20 blood transfusions in his short life.

Kimberly wrote that despite these significant medical challenges, Rory continues to grow and get better. “He is an absolute warrior!” she said. “He has shown strength and courage that we have never seen, yet, be the smallest most incredible person ever! We will forever be in awe of him and forever grateful that he has fought so hard to complete our family!”

Kimberly also shared Rory’s story with Wales Online. “To think that Rory survived being born in the first place is pretty incredible,” she said. “To still be in hospital seven months later – with everything he’s gone through – and he is still here. He’s a really happy little boy, really easy-going and you just feel sad sometimes that he doesn’t have a clue what’s in the outside world.”

“He is such an inspiration – it’s been quite a journey, Kimberly said. “We have watched him almost die several times.”

The family recently experienced a happy occasion, when Rory’s three-year-old brother, Zak, was finally able to meet his young sibling. Because Rory recently graduated from the NICU unit to a pediatric wing, Zak was allowed to come in and meet him. “We just know he will be the best big brother,” Kimberly said.

Because Rory is still hospitalized, Kimberly and her husband Glenn are now advocating for extended maternity pay for mothers with babies in the NICU.

“My paid maternity ends in March and due to the expensive life of NICU, we will be truly struggling to pay our bills, meaning I will need to go back to work – but I don’t even know if my baby will be home,” Kimberly said. “There is very little help out there for people in our situation and I know we won’t be the last. I just wish things were different. We won’t see any benefit of this now as Rory’s not in an ICU, he’s in pediatrics, but we just want to campaign to help other families in this situation.”