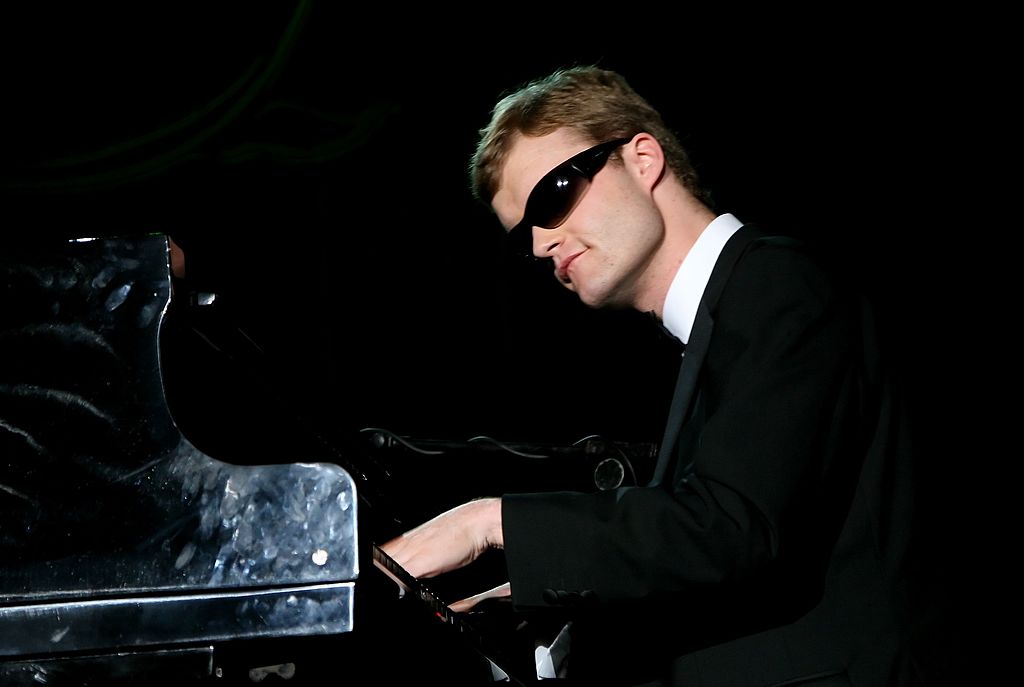 During his premature birth in 1979, Derek Paravicini was accidentally given an overdose of oxygen that caused blindness and impaired his young brain. He struggled to communicate as he grew up and was diagnosed with autism, but he was just 18 months old when his family realized he had immeasurable talent.

“[W]hen Derek was born, you could have fit him on the palm of your hand,” explained Derek’s teacher and mentor Adam Ockelford during a TEDx Talk. “He was born 3.5 months premature, and really it was a fantastic fight for him to survive. And he had to have a lot of oxygen, and that affected your eyes, Derek, and also the way you understand language and the way you understand the world. But that was the end of the bad news….”

Derek’s parents hired a nanny to help care for him, and it was this nanny who gifted Derek with a keyboard when he was 18 months old, and his world opened up. He taught himself to play and by the age of four, he had memorized a slew of songs, according to ArtisticFuel.com.

“Of course, I don’t remember, but what my family found I could do with it was amazing,” Derek told The Guardian. “Without any help from anyone, I could play the music I’d heard, from Cockles and Mussels to the hymns that my family sang in church. Being blind, I’d never even seen anyone play the piano, but I could copy these tunes — and their accompaniments — note for note.”

When his parents heard the music Derek was able to produce on the keyboard, they placed him in the Linden Lodge School for the Blind in London. On a tour of the school, he made a break for the music room and took over the piano where another child was playing. Ockelford, the piano teacher present, was astonished. Once joining the school, Ockelford set up daily piano lessons for Derek and realized that Derek has absolute or perfect pitch — a gift only 1 in 10,000 people claim to have. Derek can play music after only hearing it once.

“He left the audience astounded,” reported Artistic Fuel. “His musical genius was on full display. Derek Paravicini showcased talent seen once in a generation, all the while unable even to see the keys he played so elegantly.”

Derek recalls that as a teenager, he would become “frustrated and angry, and furniture would fly.” Adam, he explained, taught him how to channel those emotions through his music and the two would spend hours improvising. “Today,” said Derek, “playing the piano isn’t just my vocation, it continues to be the key to my emotional wellbeing as well.”

Though he is unable to read or write and doesn’t know right from left, Derek finds playing the piano to be “as easy as breathing.” He loves to entertain people and the larger the audience, the more he enjoys it. He will ask for song requests from his audience and if he hasn’t heard the song, he asks them to play it on their phone, and then he immediately plays it back.

“It’s hard to explain, but any time I hear a piece of music it goes straight into my memory and stays there,” he said. “I never forget a piece, I can copy it straight away, less than half a second behind. Nobody knows how many songs I know — I certainly don’t. But it must be hundreds of thousands, if not millions, of pieces.”

He explained that music helps him to connect with others and he rarely sits and plays by himself.

Though scientists can’t fully explain Derek’s abilities, though one theory is that damage done to one part of his brain due to receiving too much oxygen led other portions of his brain to compensate for that loss.

Derek’s musical genius has been enjoyed by millions of people around the world. It doesn’t matter that he can’t read or write — his value is in his humanity. Every human being, no matter his or her abilities, is remarkable and valuable.