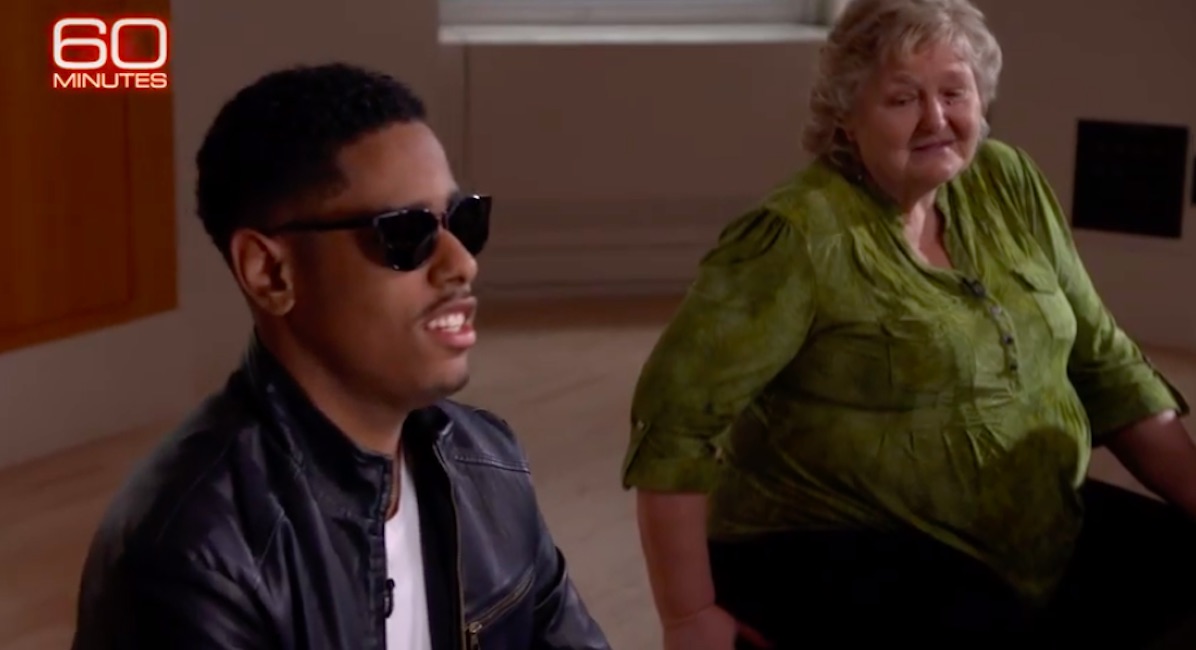 Matthew Whitaker is an extraordinary musician at only 18 years old. He has been delighting listeners and jazz music devotees since the age of 11, has been playing concert halls, and even opened for Stevie Wonder at the age of 10. What’s even more amazing is that Whitaker is completely blind. Born premature in 2001 at 24 weeks, Whitaker weighed just one pound, 11 ounces at birth. His doctors gave him a 50% chance of survival. His early birth left him with retinopathy of prematurity, and after 11 surgeries, Matthew was still completely blind.

At the age of three, his grandfather bought him his first keyboard. “He was playing ‘Twinkle, Twinkle, Little Star.’ But he was playin’ it with both hands,” Whitaker’s father told 60 minutes. “Matt was playing the chords and the melody of the song at the same [time.] He hadn’t had a lesson or anything. And he was three years old. So my question was, ‘Okay, who showed him how to do that? Somebody had to show Matthew how to… play this song.’ And nobody showed him.”

From his childhood days of crawling towards speakers to hear sounds, to reproducing pieces only heard one time, Matthew has a remarkable gift for melodic improvisation as well. It’s made him a master of jazz. Matthew’s talents came to the attention of Dr. Charles Limb, a musician and neuroscientist, who wanted to find out why some artists are able to give rise to new ideas.

What Dr. Limb found when he studied Matthew’s brain through an MRI scan was remarkable. When Matthew played or listened to music, his visual cortex — the part of the brain used for sight — lit up dramatically. The part of his brain that wasn’t being used for sight was helping him interpret and come up with new musical melodies and patterns.

Whitaker’s talent is truly remarkable. Although he faced a tough beginning, his life has brought joy and beauty into the world, and knowledge to scientists. He faced an uphill battle at birth, but outcomes like Matthew’s are becoming more common for preterm babies.

In 2019, Dr. Casey Crump published a major study examining millions of people born over a 24 year period in Sweden (1973-1997), as Live Action News reported. Among the study’s key findings regarding those born prematurely, Dr. Crump found that “a large percentage survived into adulthood and had no major comorbidities.”