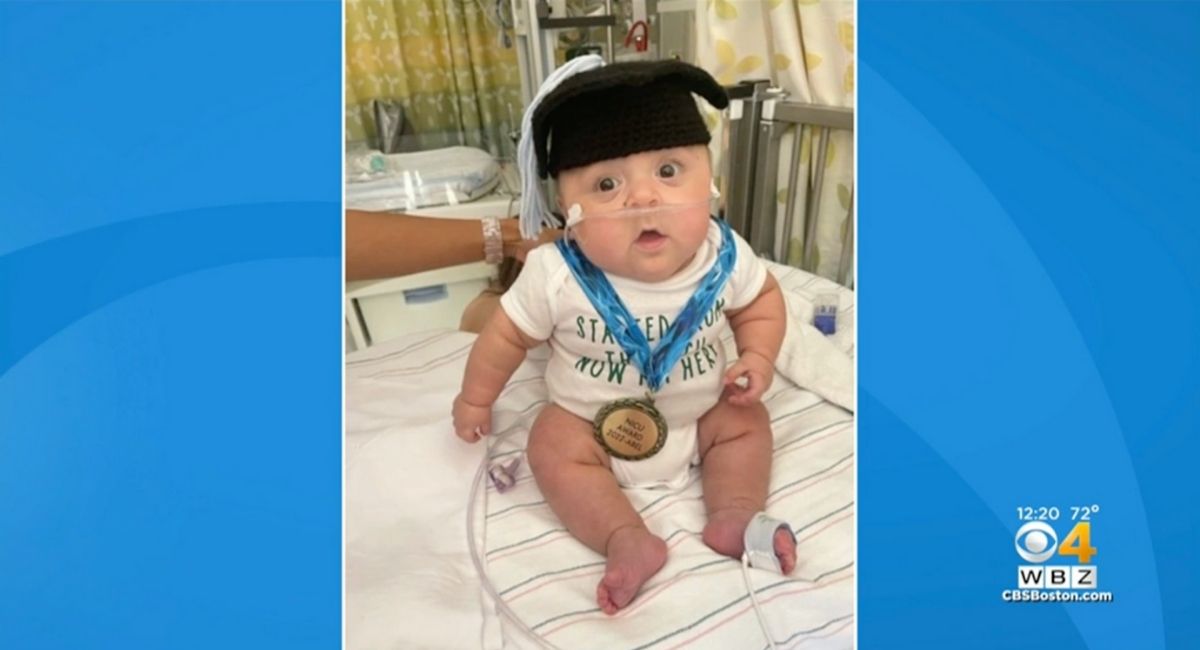 A premature baby has defied the odds, and he is heading home from the hospital after more than 200 days.

Shana Alexander gave birth to little Abel on October 28, when she was just 22 weeks pregnant. She told CBS Boston that at first, she wasn’t even sure that Abel had survived birth. “I woke up intubated,” she said. “I didn’t know if the baby made it. I didn’t know if it was a boy or girl.”

Abel had made it, but he faced a rough road ahead. Weighing just one pound eight ounces, doctors weren’t sure he was going to survive his first few weeks, leading doctors at Beth Israel and Children’s Hospital to suggest comfort care for him. “They wanted to do comfort care twice the first three weeks he was born. My kids were able to come in the second week to say bye,” Shana explained.

Abel pulled through, but the family faced a long seven months in the neonatal intensive care unit (NICU), all while wondering when it would be Abel’s turn to go home. “You sit in a room for a long time watching other families – I’ve watched more than 50 babies leave during my stay. We’ve had more than 19 roommates. You pray to God I hope that’s going to be me one day,” Shana said.

Still, Shana said she was grateful for modern medicine, which enabled both her and her child to survive the ordeal of such an early birth. “It’s brought me so much closer to God. My eyes are opened,” she said. “I’m very thankful for so much more things. I could have died too that day.”

On Sunday, Abel was able to finally go home with his parents and three siblings, making him the longest patient ever to stay in that NICU.

“Finally being able to experience our son at home with our family, with our children, I feel like we can all thrive now,” Shana said. “The mother’s guilt was surreal, it took a long time to come and I can finally breathe and enjoy our son so that’s great.”

With his premature birth at 22 weeks gestation, Abel joins a growing list of other micro-preemies who have survived despite an extremely early birth. Premature babies born as young as 21 weeks have been able to survive and thrive.