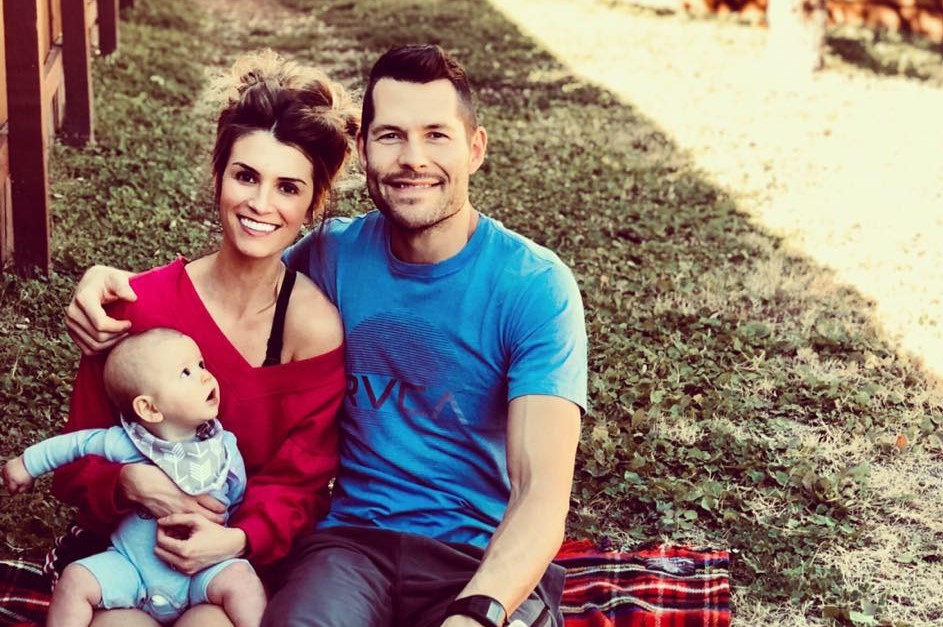 If she hadn’t become pregnant, Courtney Greer wouldn’t have learned so quickly that she had ovarian cancer. It was during her first pregnancy ultrasound, usually performed around eight to ten weeks, that the doctor noticed the tumor on her ovary. When that doctor said she suspected it wasn’t cancerous, but they wouldn’t be able to biopsy it until after the baby was born in nine months, Greer decided to get a second opinion.

“My mind was racing, I had a million questions,” she wrote in an essay for Love What Matters. “[…] after talking to a few friends and family members, they suggested a second opinion. I noticed one doctor’s name kept coming up. I did not find this to be by chance, (it’s a God thing) so I called and made an appointment. I wanted a second opinion and I wanted it to be from a well-respected physician who knew what he was talking about.”

After meeting with this doctor, Greer knew he was the one who would take the best care of her and her growing baby. They came up with a plan that made her comfortable and moved forward taking measurements of the tumor to monitor its growth. Unfortunately, it kept growing. But Greer, though originally upset at the prospect of having surgery to remove the tumor while she was 15 weeks pregnant, soon found it to be a blessing.

“I was a big ball of nerves with ‘what ifs’ and ‘is my baby going to be okay?’ A million things go through your mind as a Mom. However, I trusted my doctor and believed in him,” she wrote.

The surgery went well but just days later, the doctor told Greer and her husband Micah that unfortunately, it was cancer.

READ: Pregnant and diagnosed with cancer, Alicia chose life for her baby boy

“I’m so excited to see this doctor and tell him how I’m recovering, thank him for everything, and find out is this baby a boy or a girl?!” she wrote. “When he walks in, I can see his demeanor isn’t quite what it usually is. He tells us we need to talk. What we removed wasn’t a fibroma. It’s cancer…”

Greer barely reacted to the news. She didn’t cry. She didn’t worry. But she was in shock. She was healthy. She wasn’t experiencing any symptoms. How was it possible that she had cancer? And then she came to a realization.

“Finally, I look at Micah and say, ‘How blessed are we that I got pregnant?! I would’ve never even know I had a tumor if it weren’t for the baby,” she explained. “I had no symptoms. I felt fine. I couldn’t see or feel it.”

“My doctor tears up and says, ‘Wow. I didn’t even think of that.’ Then he tells me that divine intervention brought me to him. He grabs a tissue and points at a photograph on the wall. He can’t get the words out. I just knew, through the tears I ask him, ‘Is that your daughter?’ … after a few moments he speaks. ‘Yes. In all my years practicing, she is the only case of this cancer that I’ve seen.’ We all break into tears,” she said.

After meeting with an OB oncologist, Greer learned that it appears they got all of the tumor during surgery. There is a 25 percent chance of the cancer coming back, so she will wait to do chemo until after her baby is born. In the meantime, she will be closely monitored and may end up not needing chemo at all.

“This little miracle inside me saved me from letting cancer go further,” said Greer. “I would’ve never known I had it if I didn’t go in for my first ultrasound. Who knows how long this would’ve gone on for? I thank you God for listening to me and making me listen to You. I feel beyond blessed for every single thing in my life and I felt compelled to share this message.”

According to the American Pregnancy Association, only up to 5.7 percent of pregnant women will have a mass on their ovary. Only about 5 percent of those cases turn out to be cancerous. Each case is different and will require a different course of action based on the doctor’s recommendations.