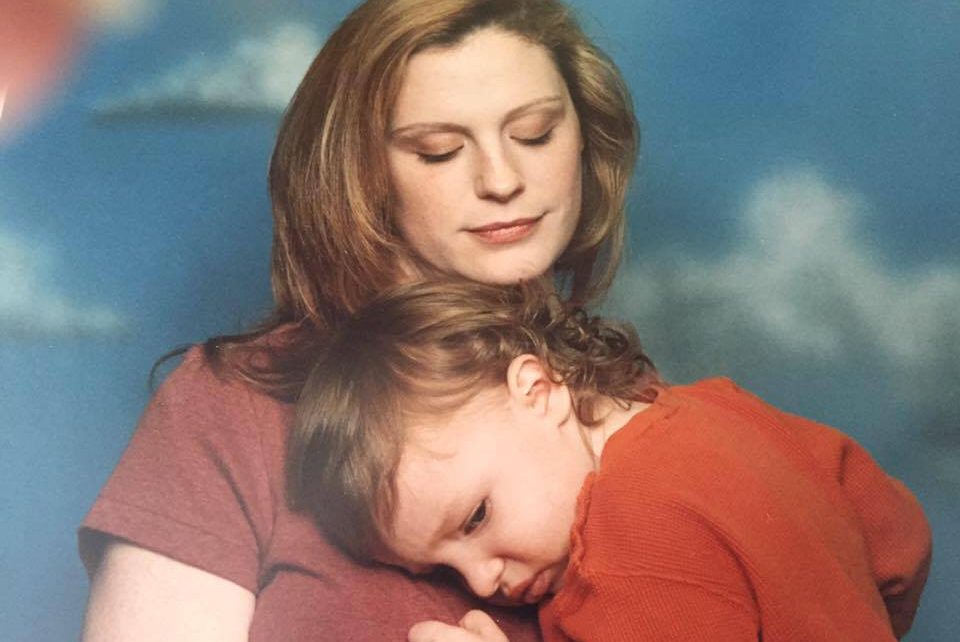 (Save the 1) – He was my friend.  He made me laugh.  He was a very big guy about 6 foot 3 and 280 pounds.  It was December 19th.  I remember that distinctly.  He was trying to cheer me up because it was the anniversary of my father‘s death, and he was visiting me at my apartment.  I had no reason not to trust him at the time.  Everything changed in a moment when he grabbed me by the back of my neck and pushed me onto the bed on my stomach.  He never let go of the back of my neck and I was afraid.  I was so afraid.  This tiny voice inside me like a whisper was saying “stop, please, please stop.”  But no one could hear because it was such a tiny whisper.

Part of me thought I was going to die, but somewhere deep down I knew that I wouldn’t.  I couldn’t breathe because my face was pressed so hard into the bed.  In many respects, I did die that day.  Not physically, but in a way people will never understand.  I died inside and it feels like nothing will ever heal it.

When he was done, he just let go and left my apartment.  I just lay there and cried.  Somehow, I thought that I had done something wrong and that it was my fault.  I couldn’t comprehend how a friend would do this to me.  He was married, his wife was a court reporter, his father-in-law was a retired police officer.  And he knew I had a boyfriend.  Knowing his family connections, I quickly thought that if I reported this, nothing would ever come of it.  Nevertheless, I did call the police and that’s pretty much what I was told.  So I kept silent after that.

About two or three weeks later, I was terrified as I took the pregnancy test in a restaurant bathroom.  I already knew in my heart what the result would be, but I wasn’t prepared to see it.  Pregnant by rape, I felt so alone.  I was poor, I didn’t know what I was going to do, and I felt that my only recourse was that I had call him and tell him.  His immediate response was, “Are you sure it’s mine?”  I was certain because of the timing and because my boyfriend and I had never had unprotected sex.  Conversely, my rapist didn’t hold back at all.  Then he asked me how much an abortion was going to cost.  I had no idea.  And the conversation ended with him telling me, “Let me know.” 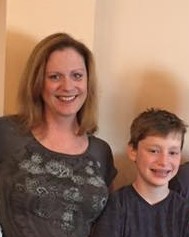 In my mind, I wasn’t going to have my child, but my soul kept telling me not having my child was wrong.  I never called the abortion clinic.  And I quickly made the decision that I was not aborting my child.  For the next several months, I lived alone with this secret of my pregnancy.   But I had a small frame, and my boyfriend began to notice.  He assumed I had cheated on him, and I still could not verbalize what had been done to me, so I let him think that, and our relationship ended.  At the same time, my family saw my growing belly, and I lived with everyone assuming I’d cheated on my boyfriend with a married man.  I could deal with that shame better than dealing with the shame I had from the rape.

Even though I lost my boyfriend, several of my special friends, and the respect of my family, there was still no question in my mind that the matter was simple — I’m pregnant and I’m having a baby.  And that was that.

The day my son was born, the nurses placed him in my arms, and he latched on and nursed right away.  I gazed at him and my son was just perfect.  I didn’t give one thought to the man who raped me.  My son was mine and mine alone.  And it turned out that my dearest child was the greatest gift I’ve ever been given.  He has beautiful green eyes and adorable red hair.

Because I had little means financially, I received state assistance, and therefore, my rapist was sued for paternity and child support.  I wasn’t worried about this opening the door for him to be involved in my son’s life because I already knew he had no interest in seeing my son and that was, of course, ideal for me.  In the end, he only saw my child twice:  once for the paternity test and once in court when everything was being finalized.  At the time of the DNA test, when my son was only about two months old, he looked at my son in his bouncy seat, kind of “shook his hand,” and said, “Hello, I’m the a-hole.”  That’s really what he said — the only words ever spoken to my son by his biological father, and I’ll never forget it.  But I wasn’t surprised.

No one in his life or family has ever acknowledged my child’s existence.  For a long time I thought that was unfair, but after a while I was happy for it. I didn’t want them around him.

When my son was around four months old, my mother and I finally had a conversation about what really happened, and she said to me, “I knew.”  My mom has seven kids.  She knows everything and has great intuition.  I felt very relieved.  I had chosen to keep my rape a secret during my pregnancy, but it had hurt me.  I lost dear friends, and I never had the opportunity again to tell them the truth of what had really happened.

After a year, I met my husband.  We had mutual friends and I know he heard the rumors, but he gave me a fair chance, and about a month into our relationship, I shared with him what had been done to me and he showed me great empathy.  We married a few months later, and now we’ve been married for 15 years and have three children we’ve raised. 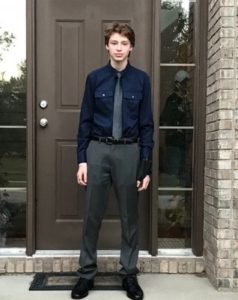 My son just turned 16, and he is one of the most empathetic people you’ll ever know.  He’s a senior level Boy Scout — receiving many honors.  He’s on the robotics team and he speaks German.  But . . . , he looks nearly identical to his biological father — except for his red hair.  We don’t actually refer to my rapist as his “biological father,” but we’ve nicknamed him “bio sleeze.”  Humor makes it easier to cope.

I do have flashbacks sometimes, but not as often now because I only see the beauty of the amazing child I was given through the worst day of my life.  My son does know where he came from.  For years, I never used the word rape, but he has always known that “the man who made him” is not in his life.  He knows he has a half-brother and half-sister.  Once in a great while — maybe every year or two — he will ask me questions.  I try to answer them as honestly as I find them to be age-appropriate.

I first told him about his parentage when he was about seven or eight.  I don’t remember exactly, but it was around that time.  He was old enough to know that it takes a man and a woman to make a baby, and I explained that the man he knows as his father, as his “Daddy,” was not the man from whom he received half his genes.

I’m sharing my story because I’m no longer going to hide.  What happened to me was not my fault.  I’m not dirty or disgusting and neither is my son.  I’m not ashamed and my son should not be either.  The shame rests solely with the man who raped me because he knew exactly what he was doing and he did it anyway.

My health is not well due to Lyme Disease which went undiagnosed for several years resulting in more autoimmune disorders and severe damage to my body and brain.  I feel that sharing my story now is my opportunity to leave a lasting legacy which teaches my children the value of life and who they are as a person, as well as anyone else who reads this.  God knew what he was doing when he created my son and he is priceless.

Editor’s Note: This article was originally published at Save the 1 on September 7, 2018, and is reprinted here with permission.