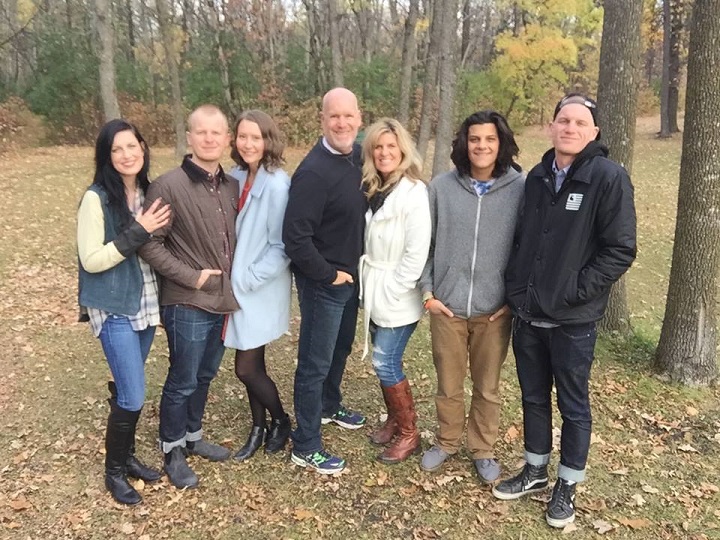 Married to a man she loved and devoted to a life of Christian leadership with him, an affair was not something Audrey Meisner ever imagined she would become caught up in. She and her husband Bob had three children, ages 10, 13, and 15, and were pastoring a church together. Although her affair only lasted for three short weeks, it promised to alter their lives forever — and caused Audrey to contemplate abortion.

“I never suspected that this would be my story,” she told Live Action News. “I never really dreamed that this would be my story, but when I look back 17 years, I can’t help but be in wonder about how God can redeem the most impossible situation. It felt like the worst day of my life when I told Bob that I’d had an affair. I was so remorseful, so full of regret. I could not live with the secret.”

Bob Meisner felt completely betrayed when his wife confessed to the affair. Lost in pain, he turned to a fellow pastor for support. 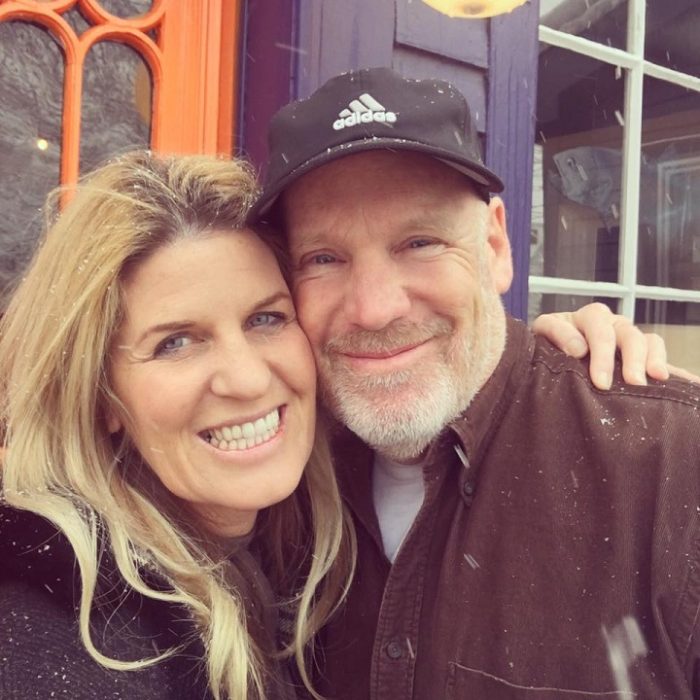 Audrey and Bob Meisner chose life when faced with an unexpected pregnancy. Photo via Facebook.

“In a crisis moment, everyone is trying to make sense of it,” he explained. “How do we figure this out? Where do we place this? Those why questions become so intrusive we just obsess in our mind of why, why, why, and how. So, to be able to have people give us a moment to pause and think and consider: is there another way? Is there hope? The initial thoughts are just terrorizing and just images of doom and gloom and worst-case scenarios, so to be able to have someone you can call or talk to to get perspective is invaluable.”

On the advice of his friend, Bob returned home and did not spend even one night apart from his wife despite his anger and deep hurt. He knew he would not leave Audrey, but he didn’t know how he could move forward and be happy in his marriage. The couple spent ten days together at a church far from home, gaining support and turning “the most horrific week” of their lives into a step towards healing and the understanding that “love never fails.” With a new direction, a new perspective, and accountability, they returned home to continue working on their marriage. But more pain was in store for them.

READ: After a brutal rape in broad daylight, Justice’s mom chose life for her daughter

“It was just a couple of weeks later that we were at home, in our bedroom, and we went through one pregnancy test after another after another,” said Bob. “They kept turning up positive. The next day we went to a walk-in clinic and waited terrified for the doctor to come in. The news came that the pregnancy test was positive and without hesitation, the doctor sat right there in front of us and said, ‘The test results are positive. Do you want to continue this pregnancy?’ My response was an absolute, ‘Yes.’ There wasn’t a hesitation. I needed to step up. Now it wasn’t just about me, there was another life here. I was quite surprised that we were immediately given the option of terminating this pregnancy.”

Audrey, however, was not so quick to dismiss the idea of abortion. Bob had had a vasectomy, so the couple knew without question that the baby had been conceived during the affair. They also knew that this baby wouldn’t look like the other children, and Audrey’s secret would be shared with the world as soon as the baby was born.

“My reputation, my credentials were completely gone because everyone would know the stupidest thing I had ever done against God and my family,” explained Audrey. “I was terrified. My whole world stood still, and I didn’t think I had the strength or courage to face the rest of my life. It was that desperation that led me to call the abortion clinic privately in my kitchen. They said they would send me ten pills anonymously and I would take one every day for ten days and my problem would be gone. Even saying those words, ‘my problem would be gone,’ hurts my heart because I think of our son who is a precious and invaluable life.” 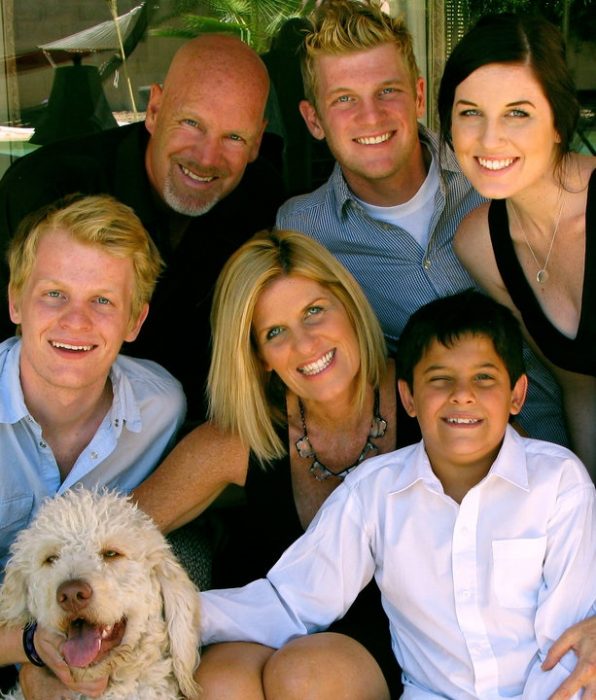 The Meisner Family. Audrey and Bob chose life and refused abortion for their fourth child. Photo via Facebook.

Audrey hung up the phone with the abortion facility and knew she would not go through with an abortion, but still full of fear, she begged God for a miscarriage. It was a prayer that wouldn’t be answered.

“I’m so grateful that God doesn’t answer all of our prayers; because of His wisdom and sovereignty, He sees hope when we don’t. He sees an ending that I can’t even imagine. I think now, that because God loves me so much, that He didn’t answer my prayer,” said Audrey. “I was asking him to evacuate me out of my circumstance, but He came to me right where I was and held me and loved me and comforted me and reassured me that He would never leave me or forsake me. He wasn’t going to take me out of the circumstance, but He would walk with me through it.”

A few weeks later, Audrey broke down to her father, telling him that she felt her life was over. He reassured her that the affair was something she did, but it was not who she was.

“I decided to remember that even though people sometimes judge you by your worst mistake, our Father in Heaven, He doesn’t define us by it but calls us His children, His beloved,” she said. “That reality becomes very real when you make a mistake that is so public, so scandalous, yet God loves us even on our worst day.”

Audrey and Bob moved forward with their lives, knowing the day would come when they would have to tell their children. Still full of raw emotions but knowing that the baby was not a problem and that children are never a problem, they knew they could now focus on making the right choices. That didn’t, however, make their choices any easier. 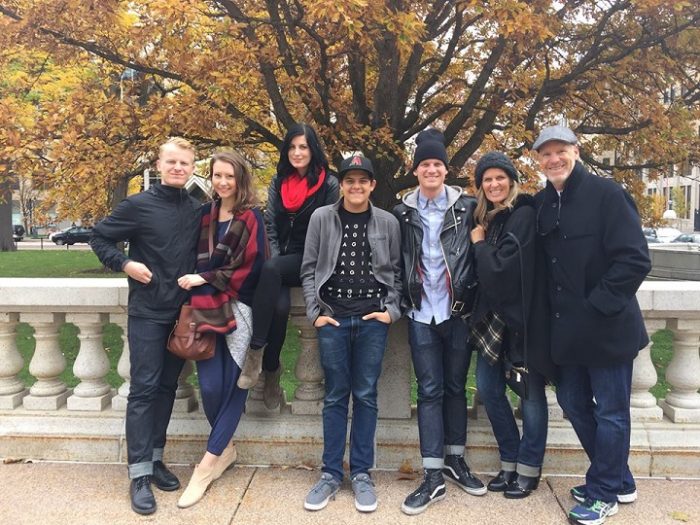 Four months into the pregnancy, Audrey and Bob told their children about the baby. Audrey cried as Bob put a blanket over her from head to toe.

“I said, ‘This is what God does when we make a mistake. He comes to us and covers us and wraps His arms around us and says, “I will never leave you. I will never forsake you,”’ explained Bob. “I described to them how much I loved their mom and what a wonderful family we are and that we are better together than we are apart. I said, ‘Kids, Mom has made a great mistake, but I’m not going anywhere’ and with my next breath I just said, ‘You’re going to have a baby brother.’ Immediately my oldest son knew what happened and he’s crying. My daughter understood as well, and she was crying, but it only took a moment for her to get this big smile and say ‘Daddy, we’re gonna have a baby!’ She cannot contain the excitement of a new life, of a new baby, of a new brother.”

He gave each of the children a gift that night to give their baby brother when he was born symbolizing that he is a gift, not a problem. When Audrey went into labor, they were able to celebrate. As for a name, they settled on Theodore as a middle name because it means “divine gift” and they knew that was exactly what this baby was. “Born out of the heart of God and entrusted to us,” said Bob. For a first name, they were flipping through a baby naming book when it occurred to Bob to name the baby after himself – Robert.

“I didn’t want my son – I didn’t want our son – to ever question for a day in his life whose boy he is,” he explained.

Audrey and Bob will be the first to say that the birth of Robert was not the end of the story. Their issues weren’t over. Their problems weren’t fixed. They had little money to live on and baby Robert slept in a travel crib in a closet. But they are still in it together and can’t imagine life without Robert. 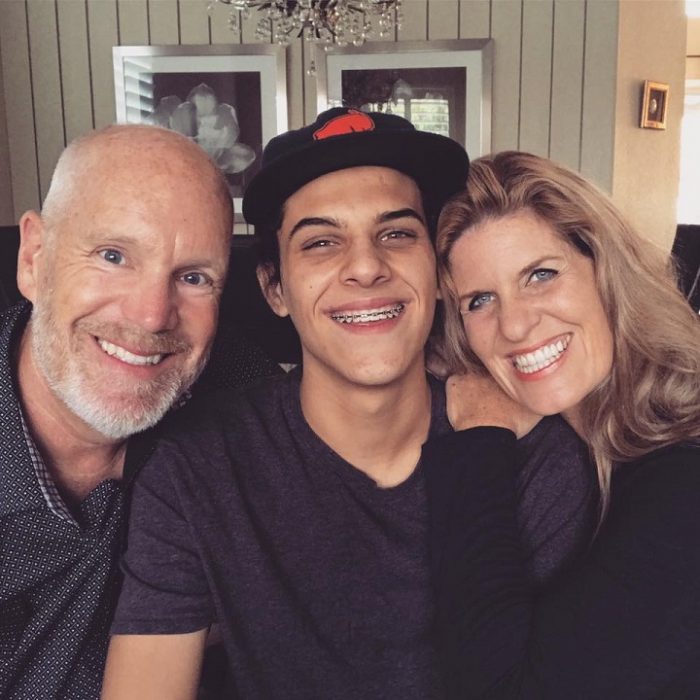 Bob and Audrey Meisner with their son Robert who was born after his parents refused abortion. Photo via Facebook.

“What happens with couples and individuals in crisis moments, they feel the need to make life altering decisions in that moment,” said Bob. “They feel they need to make that decision now and they make one bad decision after another. That’s why we need each other. We need help. We need people to come beside us to bring clarity and thought in an extremely urgent situation. That’s what my pastor was able to do for us. You think you’re going to leave, you’re going to threaten the other person, you’re going to make them pay thinking that you can even out the score. Thinking we’ll find restitution that way. Right away I was being so challenged with the nature and character of God. He doesn’t do that to me with my mistakes, with my choices. He doesn’t condemn me. He makes a way out for me and that’s what I needed to do for my wife.”

Bob and Audrey want women and couples facing unplanned “crisis” pregnancies to know that they are not alone. The circumstances surrounding the baby’s conception might not be ideal – they might be terrifying. But you have a baby, so look at that new life and see that that baby can have a great life and that you can be an exceptional mother or father. The couple has written a book about their marriage and experiences called “Marriage Undercover.”

“It feels like it’s going to be a sacrifice,” said Audrey. “It feels hopeless, but with every new life is a fresh start. With the greatest sacrifice comes the greatest reward. Trust God like you’ve never trusted God before because God will never disappoint.”