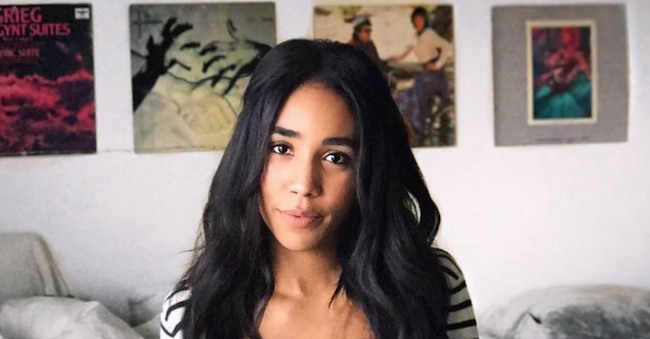 Earlier this year, Live Action President Lila Rose was interviewed by Justice Spearman for a PragerU live video. At the start of the interview, Spearman shared the story of how her own mother chose life. “I was actually conceived through rape, and my mom has always said that I am her biggest blessing, and her justice… that came out of a horrific experience” said Spearman, hence her unique first name. Spearman has since agreed to share more of her personal story, and thoughts on the sanctity of life, in an interview with Live Action News.

Spearman is new on the PragerU scene, having arrived as an intern just last summer. “I feel at home and I love it so much that I have come on full time,” says Spearman, whose broadcasting poise and talents are evident. She began her college education at Biola University with a pre-law focus, but switched to broadcast journalism, aiming “to gain knowledge and practice both behind and in front of the camera.”

READ: My son was conceived in rape, but his life has dignity and purpose

She is also a model and “always had a passion for modeling and the entertainment industry.” Spearman certainly seems set for an extraordinary future, but she considers her background to be relatively plain. 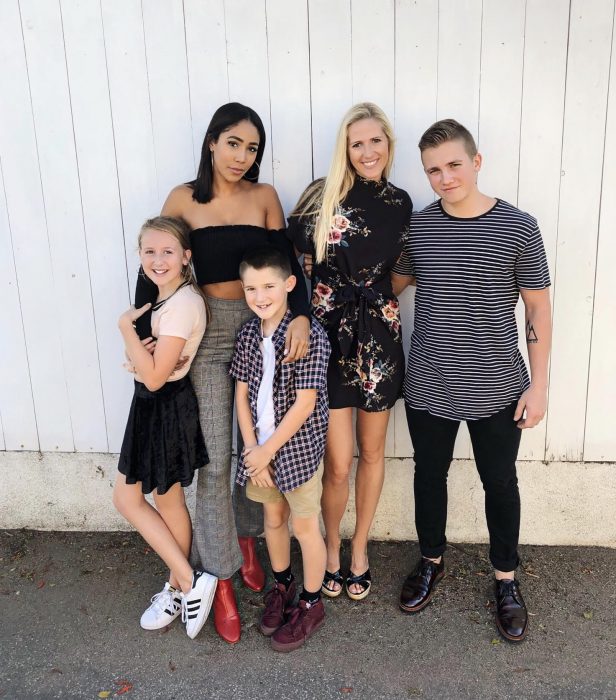 “My life growing up was very vanilla,” says Spearman. “I grew up in south Orange County and actually found out about my conception from my mom earlier than some might have due to the fact that my skin color was different,” a difference she credits with providing many opportunities to share her testimony. “I have three younger half siblings who are white and classmates would often ask if I was adopted, which then prompted questions at an early age such as ‘why is your skin yellow, Mom, and mine is brown?'” Spearman laughs.

“However, she delayed the entirety of the story and obviously relayed it in a very age appropriate manner when I was 10 years old.”

Spearman’s mother, Sunny, had endured a particularly violent attack, “raped in broad daylight” when “both parties were sober.” Sunny could have easily joined the one percent who seek abortion as a solution to such a crime, but she chose life instead. In 1997, barely 22 years of age, Sunny gave birth to Spearman in Southern California with her high school sweetheart at her side. “They got married when I was 10 weeks old and he adopted me,” Spearman says of the man who stepped up to be father in her life. “I was raised as his until he died two years ago.” 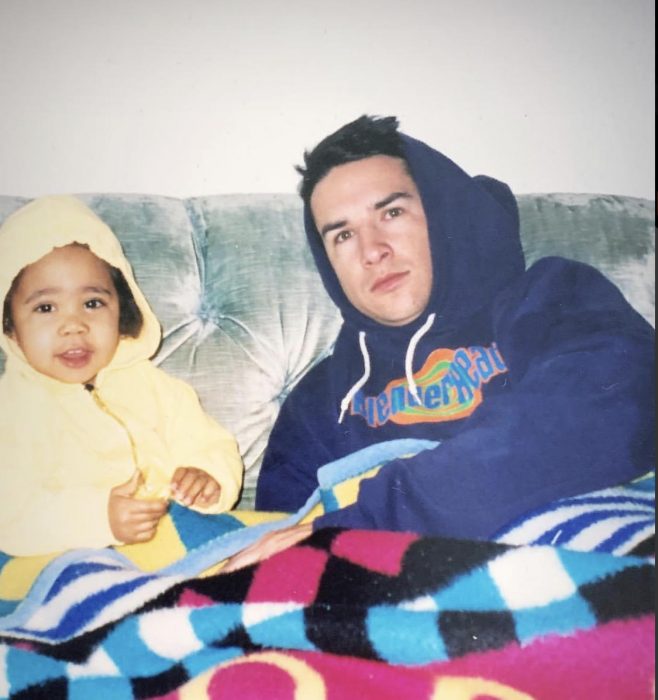 Justice with her adoptive father Sean Spearman, who died two years ago at the age of 43.

Spearman says that her mother has been able to encourage pregnant women to choose life by sharing how she chose life in an extremely difficult circumstance. Spearman is outspoken about the sanctity of life herself.

“Regardless of how the conception occurs I believe what the Bible says, that children are a blessing from the Lord and that there are no stipulations on how it comes about. I believe in the sanctity of life and that life begins at conception,” says Spearman. She is also sensitive to the abuse of women, and asserts that we as a culture need to defend the sanctity of life beginning with dignity in life.

“I do believe that there is a level of responsibility we as a whole need to take for dehumanizing the sanctity of the human body,” says Spearman. “This goes for both males and females…. The reality is we have to be our own advocates as well.”

Spearman observes that it is easy to misunderstand how terrible abortion is when one can comfortably disassociate from the physical reality. “I have never given birth, but I think I hold a very high moral standard in regards to pregnancy and the miracle that life is, which not everyone holds, and I can acknowledge that there is a level of detachment that is common when you have not yet given birth… to a live human being,” explains Spearman.

“A lot of women have a hard time conceptualizing the ramifications of having an abortion,” Spearman says. “It is easy to detach themselves from the reality of the joy that a real human life is inside of you, especially if the conception is connected to an attack or abuse. That is why I love sharing my story and having the ability to attest to the fact that no matter how a pregnancy comes about, human life is precious and will bring you more joy than any life-ending procedure.”