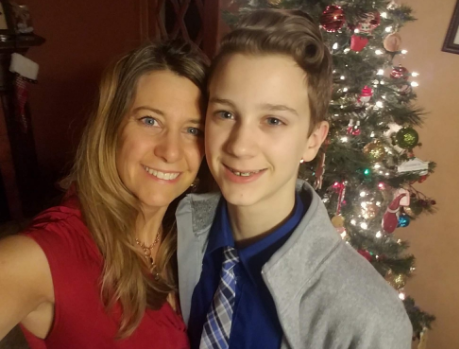 (Save the Storks) “There’s been so much in my newsfeed lately regarding the debate between pro-life and pro-choice and the rights and ethics behind each stance.

I know I share many of those posts, but rarely do I speak about why.

I used to be like many of my pro-choice friends. I understand the temptation behind abortion. The “quick fix” solution can be an easy sell when your demographic is a terrified woman.

But then I faced my own unplanned pregnancy.

It only took a couple weeks to be bombarded with all of the reasons I was unqualified to be a mother.

I was currently an undergrad student. I was single. I was broke. The father was not in love with me. I was raised without my father in my life and “how dare” I do that to another child.

I am sure there were many more reasons I have fortunately forgotten about by now. Voice after voice telling me how much easier it would be to “get rid of it,” that I would “quickly move on.”

But it wasn’t until I started hearing the voices that told me all of the reasons I was qualified to be a mother that the fear began to subside.

I was caring, nurturing, determined, intelligent and resourceful. It was also a surprising revelation that above all else, I felt that God knew I was qualified to be a mother.

Abortion doesn’t give choice, it gives fear. It feeds on hesitation and doubt.

So when I applaud at the thought of abortion being restricted, it is not because I hate your right to choose, it is because I know from experience that you are capable. Capable of facing uncertainty, standing up for yourself and knowing that you don’t need to kill a child to reach your full potential.

I feel sorrow for the women in my position who didn’t have the voices of qualification whispering in their ear. We have painted over the act of abortion with words like “choice” “empowerment” and “rights.” We’ve wrapped it up in a pretty little bow so women will embrace it. And it’s worked.

So when you speak to me about abortion, your rights, and your choice and I don’t respond with the same enthusiasm, know it is because I think you are worth more than your right to kill.