(Pregnancy Help News) Wednesday afternoon, the U.S. Supreme Court announced March 20 as its date to hear oral arguments in National Institute of Family and Life Advocates (NIFLA) v. Becerra. A case both sides of the abortion divide agree is the Court’s most significant of 2018, NIFLA v. Becerra challenges a 2015 state law in California forcing over 100 privately funded pro-life pregnancy help medical clinics that offer free ultrasounds to post signage directing their clients to a taxpayer-funded abortion program through Medi-Cal.

The clinics—which are state-licensed, but receive no taxpayer funding—argue that the state’s so-called “Reproductive FACT Act” co-opts and overrides their right to free speech as guaranteed by the First Amendment. With lead plaintiff NIFLA joined by co-counsel Alliance Defending Freedom (ADF), the pro-life organizations are now gearing up for their day at the nation’s High Court. Groups representing pro-life, Christian and free speech constituencies—plus 22 states and 144 members of the U.S. Congress—have filed amicus briefs in support of NIFLA.

“NIFLA looks forward to prosecuting our case against the state of California to enjoin its horrendous violation of the free speech rights of pro-life pregnancy centers,” Thomas Glessner, J.D., NIFLA president and founder, said. “This law compels pro-life centers to violate their consciences and promote abortion. As such it cannot and will not stand.” 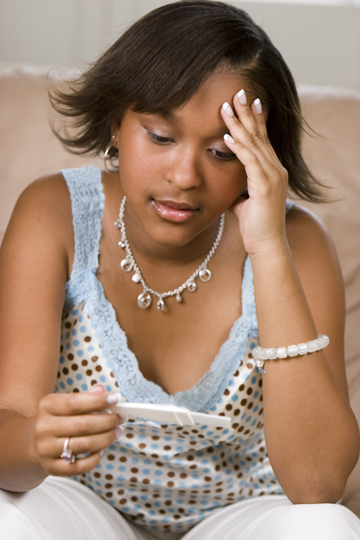 While the Ninth Circuit Court of Appeals—the nation’s most reversed court—upheld the law in 2016, Riverside Superior Court Justice Gloria C. Trask granted a temporary injunction for one mobile ultrasound unit on grounds the law violates California’s “freedom of mind” guarantee as laid out in the state’s 1849 Declaration of Rights.

“The State can deliver its message without infringing upon anyone’s liberty,” Trask wrote. “It may purchase television advertisements as it does to encourage Californians to sign up for Covered California or to conserve water. It may purchase billboard space and post its message directly in front of Scharpen Foundation’s clinic.

“In this case, however virtuous the State’s ends, they do not justify its means.”

In addition to its specific demands on centers that offer free ultrasounds, the law also compels 100 non-medical pro-life pregnancy help centers to post signage proclaiming themselves as such.

Similar measures have been struck down as unconstitutional infringements of free speech across the country. In a 2014 decision by the Second Circuit Court of Appeals, for example, justices derided a comparable New York City ordinance, calling it, “a bureaucrat’s dream” with “a deliberately ambiguous set of standards guiding its application.”

Like the New York City edict, California’s law comes equipped with major questions surrounding its application and enforcement. At NIFLA’s challenge before the Ninth Circuit of Appeals in 2016, legal counsel for California’s Attorney General, Xavier Becerra, was unable to say which authorities in the state, counties and cities would be responsible for enforcing the law.

As the law has marched through the legal system on its way to Washington, D.C., it has remained largely unenforced throughout the state. The only known instance where centers have been forced to comply with the law is in the City of Los Angeles, where City Attorney Mike Feuer leveraged an obscure business regulation against three centers in August 2016.

Part of an ongoing effort from the abortion lobby to squelch or commandeer pro-life speech, California’s law has served as the model for a 2017 mandate in Hawaii that NIFLA and ADF are also challenging in court.

Along with New York City—which has recently revitalized its effort to combat pro-life centers—abortion advocates have failed to make their attempts stick in Austin, Texas and Montgomery County, Maryland—where taxpayers were forced to pay over $330,000 in lawyer’s fees after LifeSiteNews.com’s public records request revealed an unethical collusion between city officials and abortion group NARAL Pro-Choice America.

In December 2017, the Fourth Circuit Court of Appeals struck down the City of Baltimore’s attempt to enforce the same law that had failed in Montgomery County.

Laws forcing pro-lifers to post signage deterring women from their services are currently on the books in Oakland, San Francisco and Hartford, Conn. The Supreme Court’s decision is likely to affect all of those laws, as well as in Hawaii and Illinois—which gutted its Healthcare Right of Conscience Act to force pro-life medical professionals to refer for abortions and advise patients on abortion’s “benefits” in 2016.

In an email to supporters Wednesday, NIFLA called on supporters and friends in the pro-life movement to join in an ongoing prayer vigil from Feb. 1 through March 20, and also announced plans to host a rally along with ADF on the steps of the Supreme Court the morning of the arguments.

The notice, which the law specifies must either be posted as a public notice in “22-point type,” “distributed to all clients in no less than 14-point font” or distributed digitally “at the time of check-in or arrival,” applies to all pregnancy help medical clinics licensed by the state.

“California has public programs that provide immediate free or low-cost access to comprehensive family planning services (including all FDA-approved methods of contraception), prenatal care, and abortion for eligible women. To determine whether you qualify, contact the county social services office at [insert the telephone number].”

Meanwhile, pregnancy help centers that do not offer medical services will be required to post the following signage in two “clear and conspicuous” places—“in the entrance of the facility and at least one additional area where clients wait to receive services,” as well as in “any print and digital advertising materials including Internet Web sites”.

The font required is to be “in no less than 48-point type” and will read as follows:

“This facility is not licensed as a medical facility by the State of California and has no licensed medical provider who provides or directly supervises the provision of services.”