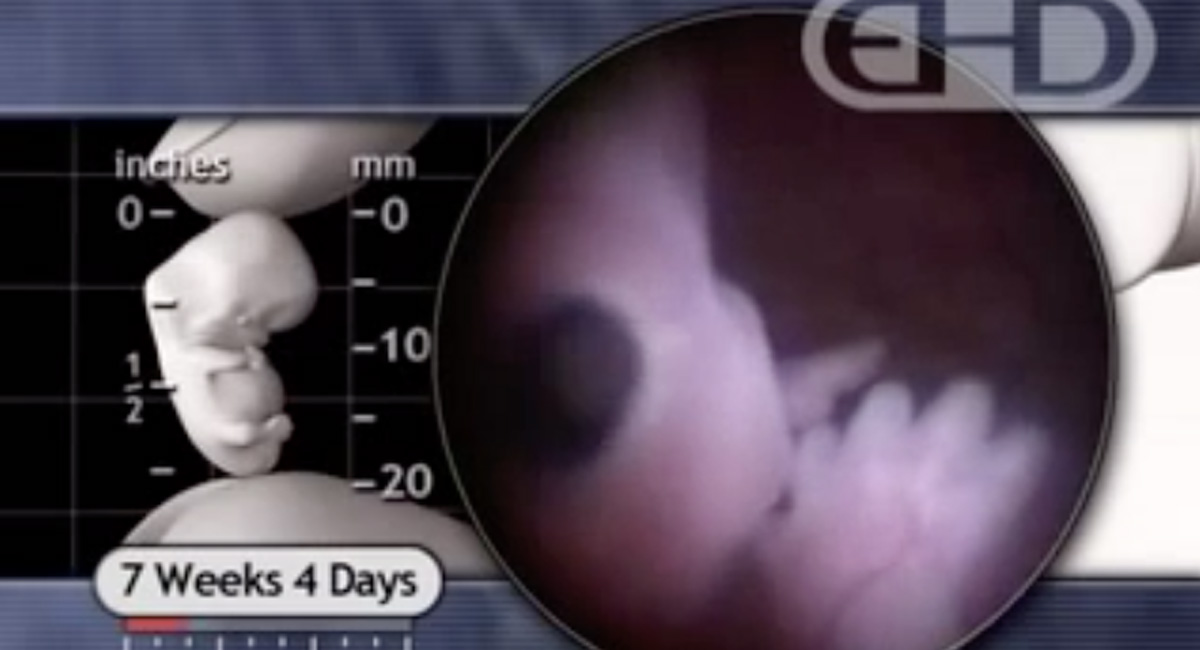 As Georgia’s heartbeat bill continues to await a signature from Governor Kemp and other states move to pass similar bills, abortion supporters are furiously trying to deny not only the humanity of preborn children, but even that a preborn child’s heartbeat exists early in pregnancy.

The Endowment for Human Development (EHD) is a non-profit organization whose mission is to apply “the science of human prenatal development… as an indispensable and unique way to improve children’s health, enhance their development, and prevent certain birth defects and chronic diseases.” They also have a vow of neutrality on controversial issues like abortion, making EHD an unbiased source on the science of fetal development.

In this video from EHD, you can see the heartbeat of a preborn child at just four weeks gestation. Far from being a meaningless muscle twitch, the video clearly shows blood pumping through the heart, the chambers noticeably changing colors as the blood flows.

EHD explains that the heart begins beating at just three weeks gestation — not a random muscle spasm. This early in the pregnancy, there are only two chambers of the heart, yet they are already circulating blood. This is necessary for fetal development; as the EHD explains, the circulatory system is the first to form, because the developing preborn child needs healthy blood pumping and flowing in order to grow and thrive.

While early in the pregnancy the heart only has two chambers, by nine weeks, the heart is completely formed.

The American Pregnancy Association likewise affirms that the heart is formed by the third gestational week, and beats steadily, with blood flowing through the preborn baby’s blood vessels.

It’s understandably uncomfortable for abortion activists to accept the reality of a weeks-old preborn child with a functioning heart; no one wants to think of themselves as someone who is willing to take the life of a living human being. Yet this is the reality of what abortion does. It takes a human life; it stops a beating heart. Denying the scientific reality doesn’t change the truth of what abortion truly is.