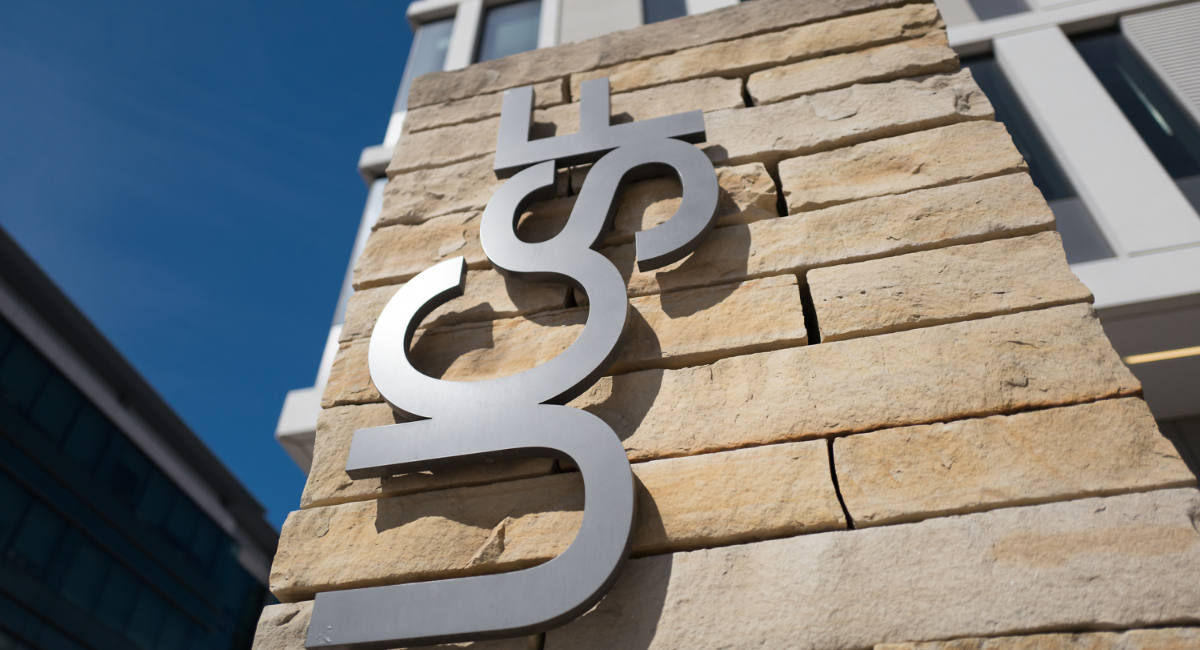 The “fact check” concerns a story first published on Live Action News on July 3 exposing documents obtained from UCSF by Pro-Life San Francisco through the California Public Records Act. The emails, which have since been published in their entirety by Pro-Life San Francisco (which is not “affiliated” with Live Action, despite Hupka’s claim), clearly communicate the fact of organ and tissue harvesting — mostly genitals and gonads — from aborted children as it is transpiring at UCSF.

Hupka does not dispute the veracity of these documents. She confirms it, writing:

The emails Live Action cites are real and it is true that UCSF conducts biomedical research using human fetal tissue, including fetal tissue from the genitals. However, the social media posts suggest that UCSF is purposefully killing children to obtain this tissue, which is wildly misleading and inaccurate.

Hupka and the “UCSF officials” she apparently spoke to (neither Live Action nor Live Action News were contacted for comment) seem to largely take issue with Live Action News’s use of terminology, using that as a foundation for declaring the claim “false”:

“The [Live Action News] article inaccurately implies throughout, through words such as ‘procure’ and ‘harvest,’ that these abortions are being performed in order to obtain tissue, which is false,” officials said.

Despite the claims made in Hupka’s “fact check,” Live Action News never claimed or even implied that abortions were being performed for the purpose of obtaining tissue, nor that tissue was taken without consent.

PolitiFact’s issues with the words “procure” and “harvest” are weak at best. The Merriam-Webster definition of “procure” is: “to get possession of (something) : to obtain (something) by particular care and effort.” And one definition of “harvest” is: “to remove or extract (something, such as living cells, tissues, or organs) from culture … or from a living or recently deceased body especially for transplanting.” Both of these words aptly describe the activities of UCSF staff with regard to the collection of fetal organs and tissue, and neither implies purposely killing someone for the sole purpose of obtaining their tissue.

Furthermore, these are industry terms. Live Action News did not invent them, or employ arcane euphemisms. The tissue procurement industry itself standardized these words. Cate Dyer, CEO of StemExpress — a tissue procurement agency that ended its relationship with Planned Parenthood after being exposed in undercover videos from the Center for Medical Progress — was filmed on May 22, 2015, stating:

So many physicians are like, “Oh I can totally procure tissue,” and they can’t… The procurement for us, I mean it can go really sideways, depending on the facility, and then our samples are destroyed so we started bringing them back even to manage it from a procurement expert standpoint.

As of 7/16/21, Perrin Larton, Procurement Manager at Advanced Bioscience Resources, another tissue procurement company, listed exactly that as her job title on Linked In: 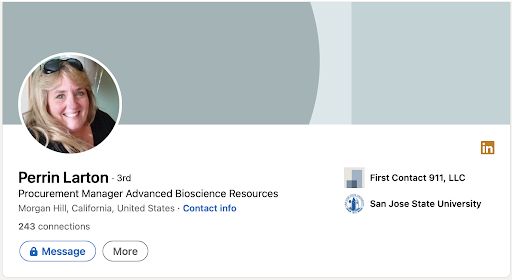 As for use of the term “harvesting” in reference to aborted fetal tissue, the NIH uses the term in this published study — which utilized fetal tissue from UCSF — and even the abortion-friendly BuzzFeed used the term in a 2015 story discussing undercover videos revealing Planned Parenthood’s role in providing aborted fetal organs for researchers:

The other word Hupka took issue with is Live Action’s use of the term “murder” to describe abortion in related social media posts. One definition of the word “murder” is “to kill or slaughter inhumanly or barbarously.” While the law may currently refuse to acknowledge the killing of a preborn human being by his or her mother as “murder,” at least 38 states have fetal homicide laws that prosecute the killing of preborn children (other than by abortion) as homicide.

The pro-life movement argues that the act of killing a human being by dismemberment (as is common in second-trimester abortions) or by starvation (as is the case with chemical abortions) or by vacuuming them up in pieces (as is the case with aspiration abortions), are all both “inhumane” and “barbarous.” None of these methods of killing are even legal to enact against criminals sentenced to death — because they are barbaric and inhumane.

Hupka also attempts to discredit a study referenced by Live Action News to support the reality of live births during some abortion procedures, claiming that the study only refers to “medical abortions induced with misoprostol.” This is not exactly true.

The study concerns labor induction abortions — an entirely different procedure than a so-called “medical” abortion done by pill — performed without the use of feticide, a practice known to occur at UCSF. The reason Live Action News mentioned the study was not to claim that UCSF is harvesting tissues from abortion survivors, but to reference the fact that UCSF has no protocol for providing potential abortion survivors with care, whether palliative or life-saving — a fact UCSF has admitted in correspondence with Pro-Life San Francisco. On its website, Pro-Life San Francisco provides more details and documentation on this admission:

The university has… confirmed that there are no documents, protocols or procedures in place on verifying signs of life or handling live-birth scenarios, even though their own curriculum admits that live births do sometimes occur during abortion procedures. All we received was a document on routine blood tests for newborns at unrelated UCSF sites.

UCSF admits there have been “multiple… unintended live births” during abortions

According to UCSF’s own online lectures, 95% of post-first-trimester abortions are performed using the “dilation and evacuation” (D&E) method, in which the preborn child is dismembered while still alive, and 5% are labor induction abortions. At UCSF, these would be exactly like the ones described in the cited study, as they forgo the use of digoxin, a feticide, for the express purpose of “preserving” the fetal tissues for procurement. 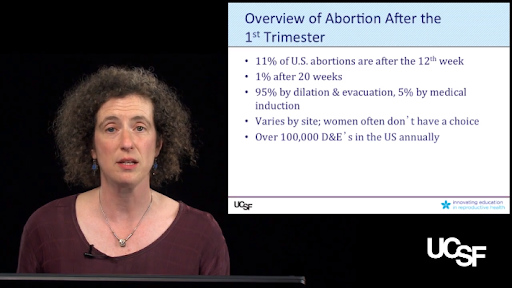 Regarding the possibility of live births during both labor induction and dismemberment abortions, UCSF’s own Dr. Eleanor Drey had this to say (emphasis added):

In the literature describing induction termination, there have been multiple case reports of unintended live births. Less commonly, this outcome can occur before or during D&E if the patient begins laboring before the surgical extraction begins or has enough cervical dilation to allow the fetus to be removed largely intact.

So, in spite of what Hupka claims UCSF officials have said, there is no question about the fact that live births occur in some abortions. It is, in fact, UCSF officials who are providing that evidence.

According to physicians and researchers at the Charlotte Lozier Institute, the Catholic Medical Association, the Christian Medical Association, the American College of Pediatricians, and the American Association of Pro-Life Obstetricians and Gynecologists, aborted fetal tissue harvesting is completely unnecessary, and has not been quintessential to any major medical or scientific advance. Any claimed purpose for the use of fetal tissue can be ethically served using adult stem cells, iPS cells, and postnatal tissue, Lozier states.

Like it or not, facts are not determined true or false simply based on the synonyms the author chooses. Nothing in Hupka’s “fact check” proves Live Action’s or Live Action News’s actual claims false; it actually has the opposite effect, providing yet more evidence that organs — including and especially genitals and gonads — are being harvested from aborted children for research purposes at UCSF.

Live Action president and CEO Lila Rose pointed this out in a press release, noting:

Legalized abortion, the gravest human rights abuse, is now enabling other human rights abuses against innocent children to occur – like the procurement of their organs, including reproductive organs, for research and profit. The atrocities at UCSF show that legalized abortion has led the corrupt abortion industry to look for yet another way to profit from preborn babies’ deaths – now through harvesting their body parts.

UCSF’s practices should be immediately stopped; if not, their taxpayer funding should be removed. What UCSF is doing is absolutely grotesque. PolitiFact’s work only affirms our reporting.