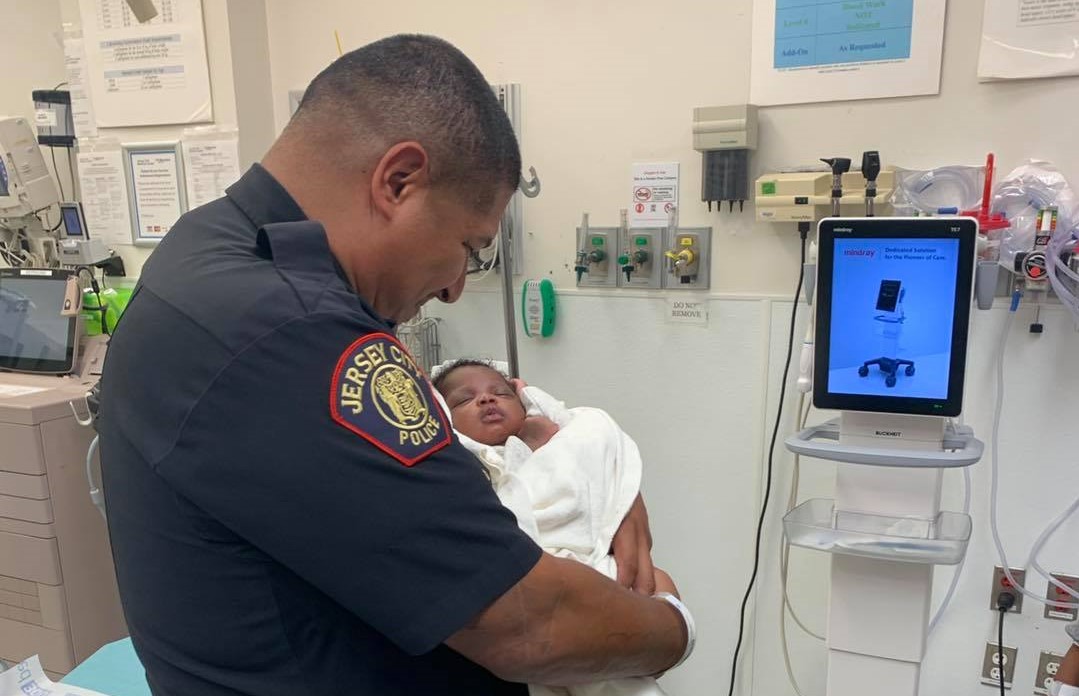 A police officer in New Jersey is being called a hero after he saved the life of a one-month-old baby who had been thrown from a building’s second-floor balcony on Saturday.

According to NBC News, the incident began when an unidentified man was “dangling” a newborn baby over a balcony in Jersey City. Officers arrived on the scene and negotiated with the man while also setting up a perimeter. Despite their efforts to stop him, the man ended up throwing the baby, whom Officer Eduardo Matute was able to miraculously catch.

According to Jersey City Mayor Steven Fulop, the unidentified baby was not physically harmed in the incident. Fulop took to Instagram to thank the officers who were at the scene saying, “Thank you JCPD. Today, the JCPD got a call that a child was in danger, they responded to the call and at that point they saw a male threatening to throw a baby from the 2nd story of the building. The JCPD set up a perimeter to negotiate however eventually the man did throw the 1 month old baby from the second story of the building – the officers at the scene reacted quickly and were able to catch the baby. Thankfully the baby wasn’t harmed physically. We are lucky to have the men and woman of the JCPD, as every single day I see it firsthand they rise to meet any/all challenges.”

The man was arrested after he threw the baby, according to NJ Advance Media, but it is unclear what specific charges he will face.

Such disregard for human life is unacceptable, but just one month prior to this incident, that same baby could have been aborted in a completely legal late-term abortion in the United States. In the third trimester, babies are aborted using an induction abortion, with a needle inserted into the child’s head or heart to inject digoxin to cause cardiac arrest. The child’s body is then frequently disposed of as medical waste.

READ: The humanity of babies in the third trimester is undeniable, yet it’s still legal to abort them

Every child’s life is a precious gift, yet every day in the United States more than 2,000 babies die by unnecessary and violent abortion procedures. They will never be held by their mothers. They will not be featured on the evening news. And only a few brave pro-lifers will have stood outside of the abortion businesses praying and working to save them.