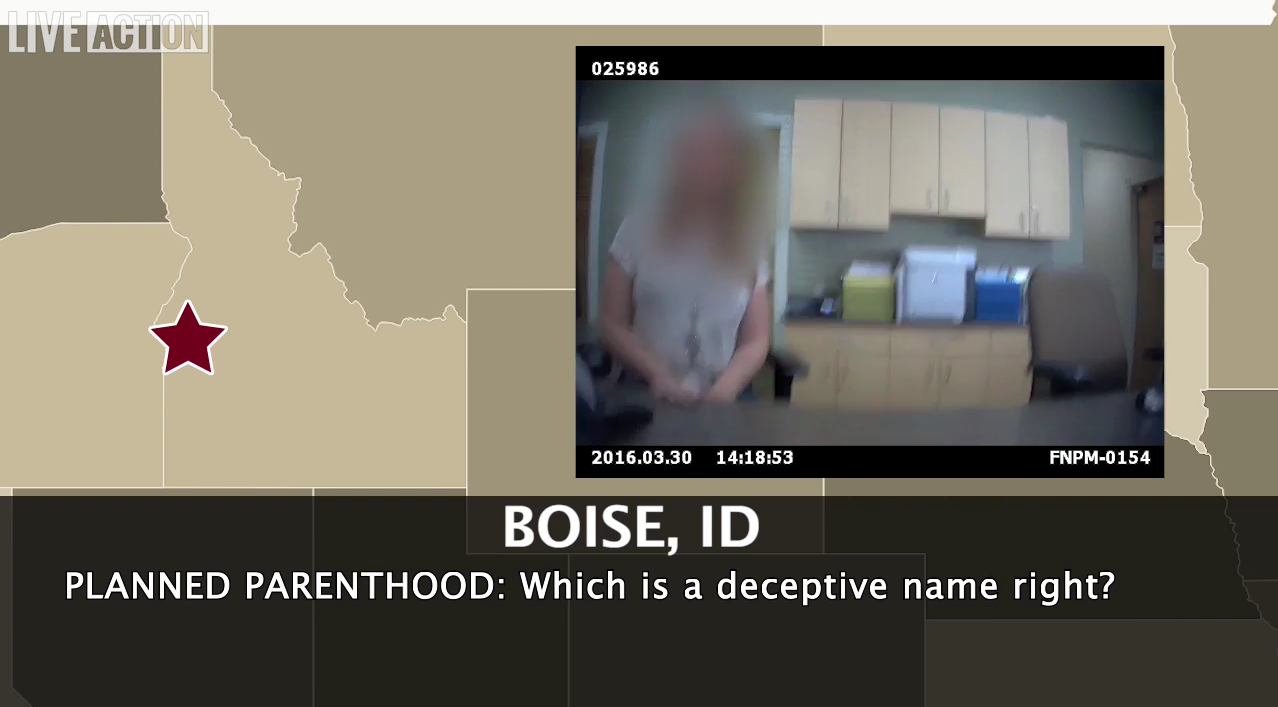 In an effort to keep taxpayer dollars flowing, Planned Parenthood has long touted that essential health services, such as prenatal care, are an integral part of its business. However, a new investigation completely debunks the abortion giant’s false narrative.

In a video released by Live Action, Planned Parenthood workers admit on tape that the abortion giant’s name is “deceptive” against claims that it provides services to pregnant women who want to keep their babies. The abortion giant’s own workers state that prenatal care is virtually non-existent at its facilities.

In the video, investigators posing as pregnant women intent on keeping their babies contacted all 41 Planned Parenthood affiliates — 99 in total — across the United States requesting prenatal care. In the tapes, staffers state that they do not provide services for pregnant women who want to continue their pregnancies, but “specialize” in abortions. They also admit that Planned Parenthood’s name presents a false view of the services it does offer women.

Woman: Do you have any OB/GYNs here?

Planned Parenthood: We do not. No.

Planned Parenthood: Which is a deceptive name, right? [laughs] I think the same thing.

Prenatal care includes regular doctor visits to monitor the health of the mother and the child’s development, ultrasounds, testing, and other essential services.

Planned Parenthood’s supporters — even its CEO Cecile Richards (who said prenatal care is among the “services that folks depend on Planned Parenthood for”) — have incorrectly parroted lies that the abortion giant is necessary for women’s health. Although Planned Parenthood consistently claims that it offers choices for women, it’s clear that abortion is its chief money-maker and focus.

By turning away pregnant women who want to keep their children, Planned Parenthood’s only option for women is abortion.

“Planned Parenthood says it’s a champion of women’s health care, yet prenatal care, which is an essential service for expectant mothers, is virtually nonexistent,” said Lila Rose, president and founder of Live Action. “Our investigators who wanted to keep their babies were turned away by 92 out of 97 Planned Parenthood centers. It’s clear that despite its claims, abortion is the priority and the only option for pregnant women that visit Planned Parenthood.”

“The upcoming ‘Abortion Corporation’ investigative videos, combined with our recent video that debunked Planned Parenthood’s claim that only three percent of its services are abortions, are a powerful argument to defund Planned Parenthood of its half a billion dollars in taxpayer funding,” said Rose.