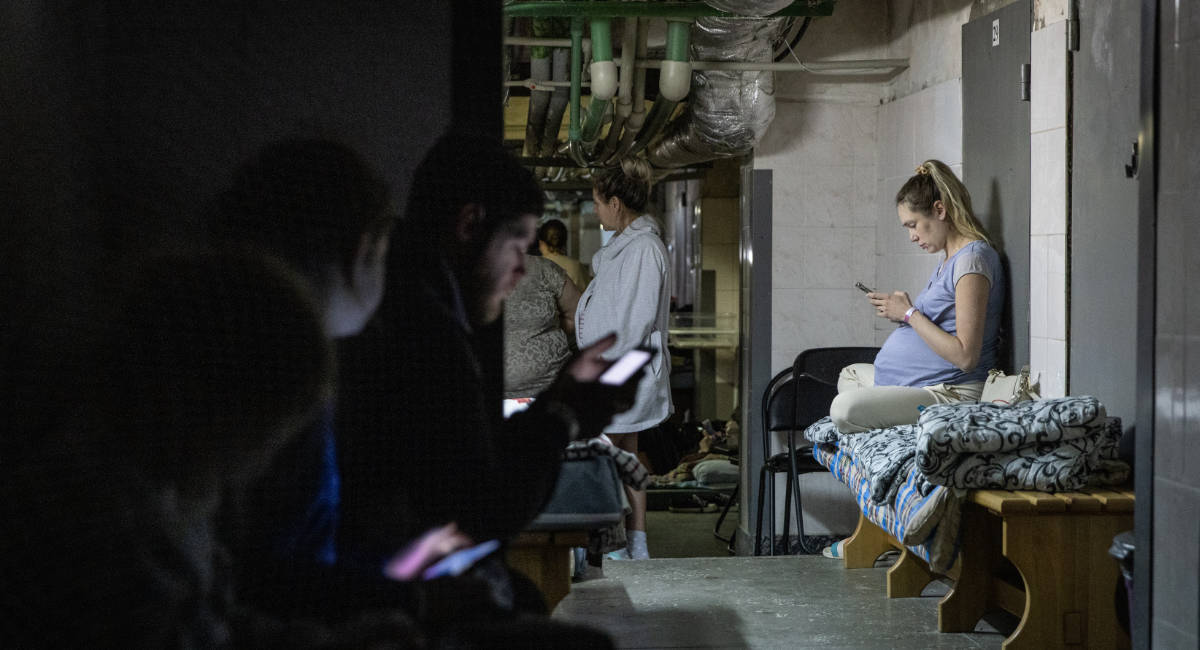 In just a few short weeks, over two million people have fled Ukraine. A sizable number of them — an estimated 80,000 — are pregnant, and many more could potentially become pregnant. There is no denying that this is a humanitarian crisis, with refugees that desperately need help, support, and health care. But for Planned Parenthood, there is just one answer: abortion.

Business Insider reported that Ukrainian women are facing unique challenges due to their harrowing circumstances. Some are going into premature labor, set off due to stress and fear as Russian troops bomb hospitals. Women are also at high risk of suffering sexual violence as refugees, and during times of war as well. Understandably, this means the women and girls fleeing Ukraine are going to need specific aid and support. But in Planned Parenthood’s opinion, what they need is birth control and abortion — even without a doctor’s supervision.

“Babies don’t stop being born for a war. Periods don’t stop for a war,” Caroline Hickson, the European regional director of the International Planned Parenthood Foundation (IPPF), told Business Insider. Julie Taft, IPPF’s humanitarian director, added, “We often don’t have hard data [about Ukraine], we do know that women and girls will be experiencing increased violence and that will look like rape, in some instances.”

While these are salient points, Planned Parenthood’s goal isn’t to help provide the things these women will actually need. Instead, their focus is on handing out birth control and emergency contraception, and giving women access to abortion. “If women are in Poland for any significant amount of time, they will face the same issues as Polish women face, which has a complete ban on abortion,” Hickson said, recommending they contact an online abortion supplier, like Women on Web or Aid Access because abortion is banned in Poland.

Dr. Galyna Maistruk, a women’s health doctor from Kyiv, told Business Insider that doctors need to be able to tend to their patients. “We need supplies…not just sanctions. I know it is possible to transfer money, but sorry, we can’t use this money because pharmacies are empty,” she said. “We need some very serious government from Europe to organize a system of shipping, logistics, and transfer of emergency kits, which include medications, equipment, and also food for the population.”

By directing women toward abortion in a time of such crisis, Planned Parenthood is once again showing that its priority is not helping these women but promoting its pro-abortion agenda.

Aid Access, for example, is known to put women at risk; it has been cited by the FDA for illegal activity. Aid Access, and presumably other online abortion pill distributors, source their pills from India, which is known for systemic issues at their pharmaceutical companies. Aid Access’ business model is for women to receive a prescription for a medication manufactured under possibly unsafe and unsanitary conditions, and to take that prescription with no physician supervision. Even if everything goes perfectly right, women are still set up to experience the pain and trauma of chemical abortions, alone in a new country with little-to-no support. They certainly won’t have follow-up care to ensure nothing went wrong.

Because the abortion pill regimen is four times more dangerous than surgical abortions, that’s a big gamble to make, and one most women have no idea they’re making.

Abortion is not humanitarian aid. Ukrainian women, right now, need things like food, shelter, medical supplies, and to know that they and their families are safe. What they don’t need is to add the trauma and violence of abortion to the violence and trauma they have already experienced.