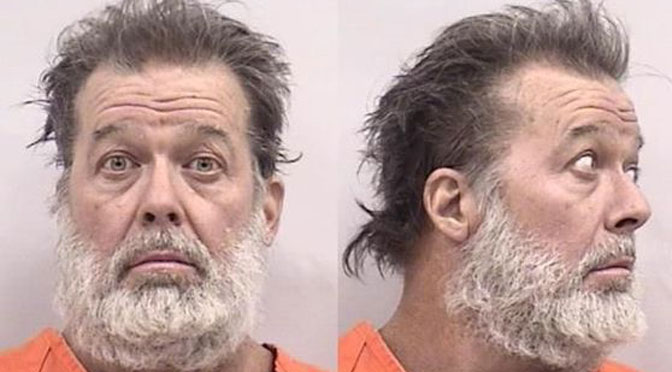 Last month, Robert Lewis Dear, a man with no known connections to the pro-life movement, opened fire at a Planned Parenthood abortion facility in Colorado Springs. The result was three dead, nine wounded, and a debate about what cause​d this man to commit such a horrendous act,​ as information from authorities emerged very slowly.

​Dear was in court Wednesday​, where he faced 179 felony charges against him. The hearing was filled by nearly 20 interruptions by Dear as he proclaimed things like, “I am guilty,” “I am a warrior for the babies,” and “You are not my lawyer” when his lawyer raised questions about his competence. Dear’s bizarre statements and actions paint the picture of a deeply disturbed individual who has grown disconnected from society.

Dear’s history shows a man who lived a solitude life in a hermit shanty in North Carolina before moving in an RV to a vacant rural plot of land in Colorado. He has had numerous past run-ins with the law that span from domestic assault accusations to peeping Tom and animal cruelty charges that did not result in convictions.

In the wake of the tragic attack at Planned Parenthood, pro-life groups from across the country issued statements denouncing Dear’s actions and affirming that violence against abortion providers was in​consistent with pro-life ethics.

The abortion industry and ​its ​backers have blamed ​pro-lifers ​for spurring the attack. These accusations are an attempt to silence​ peaceful pro-life advocates from speaking out against the violence and inhumanity of abortion​. Abortion activists have also used the attack to ​shamelessly fund-raise ​and push for more taxpayer funding of abortion groups.

Abortion advocates have tried to blame the violent actions of an unstable man on the millions of pro-life Americans. Those who speak out about protecting human life didn’t fuel the actions of a killer.

Pro-life advocates should continue to speak out for the rights of all humans. It is these values that equally condemn not only the violence of abortion but the violence committed by Dear. The pro-life movement has a message that all life is valuable and the law should equally protect both babies yet to be born and the victims of Dear’s vile shooting.  Live Action President Lila Rose has said:

Pro-life advocates should ​also ​continue to speak powerfully. Abortion is an act of violence that kills a defenseless preborn child.  We are not going to use euphemisms — terms that abortion advocates prefer, like “terminate a pregnancy” — to try to cover up that fact.  We are educating people, and that involves telling the truth.

The way forward for our country isn’t silence about abortion, but rather, to firmly condemn the killings at Planned Parenthood that are carried out both by gun and scalpel.