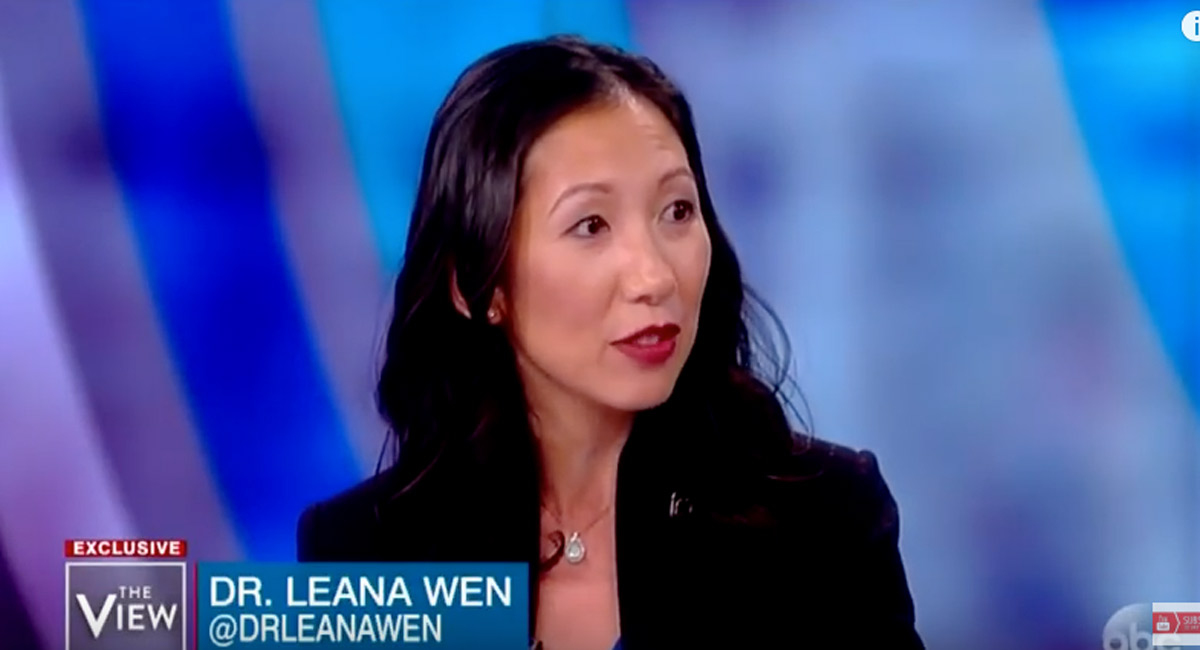 In an astounding interview with Interview magazine last week, Chelsea Clinton and Planned Parenthood president Leana Wen perpetuated the myth that Planned Parenthood is about women’s health — and stunningly proclaimed that the abortion giant is “pro-life.”

While discussing the “reproductive healthcare” Planned Parenthood claims to offer, Wen deliberately focused on the terminology: “Understanding abortion and reproductive healthcare in the context of the whole person is really important. I also want us to consider our choice of language when we define these movements. The pro-choice/pro-life dichotomy is problematic to me.”

CHELSEA CLINTON: I refuse to refer to the anti-choice movement as anything other than anti-choice.

This is not the first time Wen has attempted to co-opt the term “pro-life” for the organization that ends the lives of 320,000 unborn babies per year. Last year, Wen claimed that her organization “promotes life,” and said that “Everything I’ve ever done is to save lives.”

However, even abortionists admit that what they do is ending a life. In a recent debate, self-proclaimed “Christian” abortionist Willie Parker (who has compared himself to Jesus Christ) conceded that abortion kills a human being:

It may seem puzzling that dismembering babies is somehow “pro-family” and “pro-life,” but Wen and Clinton seem desperate to gain control of the debate by co-opting these terms. “He who defines the terms wins,” so to speak, and terminology used to describe things define the parameters of debate. Killing cannot, by its very nature, be pro-life. It takes life. Wen and Clinton are engaging in a sort of Orwellian “Newspeak” when they claim that abortion is pro-life. It is an attempt to edge pro-lifers out of the conversation on abortion.

In short, Wen’s use of the labels “pro-women,” “pro-family,” and “pro-life,” in the words of George Orwell, are “designed to make lies sound truthful and murder respectable, and to give an appearance of solidity to pure wind.”

Contrary to Chelsea Clinton’s protestations, pro-lifers aren’t “anti-choice.” We rightly believe abortion is not choice at all, and we offer more choices to women and their children than the abortion industry does.  We are pro-life for every mother and child. Abortion is not healthcare. It is not pro-woman, and it can never be pro-life. Although the pro-abortion crowd would like to be known as “pro-choice,” frequently the only choice they want is abortion, even when multi-day late-term abortions are more dangerous than delivery.

Radical abortion activists like Chelsea Clinton and Leana Wen must never be allowed to cloak their hideous evils in words that sound honest and decent because, as Orwell said, “If thought corrupts language, language can also corrupt thought.”