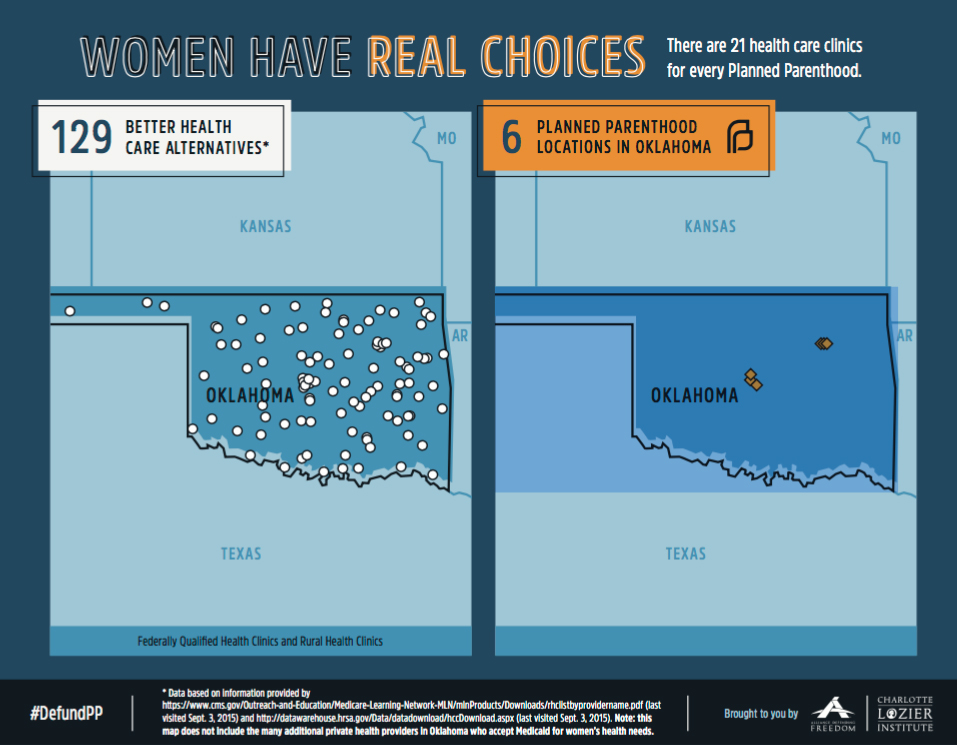 It’s beginning to sound like an episode of a bad TV show called Oklahoma Abortion Wars. First, an infamous abortionist announces she’s expanding her offices into Oklahoma, the most pro-life state in the nation. Now, Planned Parenthood has announced a merger to expand abortion in Oklahoma, opening its own new office in Oklahoma City.

In commenting on the plans for the new facility in northwest Oklahoma City, Planned Parenthood would only say “We’re always keeping our options open.” However, the location of the new facility itself seems to say it will be an abortion center. Planned Parenthood’s own website offers the address of the new affiliate, 6112 NW 63rd St, Oklahoma City, OK 73132. This building, in Oklahoma City’s Warr Acres neighborhood, is infamous in pro-life circles, because it is the address that once housed abortionist Naresh Patel, who was arrested and charged with myriads of horrific offenses such as giving abortion pills to women who were not pregnant, attacking women on the exam table—and dumping remains of babies illegally. His abortion center was closed in 2014, and he was sentenced last year. Currently, his wife is listed as the owner of the building, but now Planned Parenthood has listed it as its new address. The facility has served as an abortion center; thus, it seems likely that Planned Parenthood intends to use the facility for that same purpose. Laura McQuade, CEO and current president of Planned Parenthood of Kansas and Mid-Missouri, didn’t focus on any details of her newest office, and simply discussed how excited she was about the merger:

This is an unprecedented opportunity to combine two well-established reproductive and sexual health care providers under one system, which will reach more women and men who need crucial preventive health care. The merger strengthens our mission to provide health care to diverse communities with different and changing needs.

McQuade also said the merger is to create “a regional health care ‘powerhouse,’” which has become more common with Planned Parenthood affiliate mergers. “Really, this was about a sustainable business model,” the Associated Press reports McQuade said.

And that business is growing. Planned Parenthood’s announcement notes:

Nonprofit Quarterly reports that Panned Parenthood’s patterns of merging are a response to health care laws:

The latest round of mergers has stemmed largely from aftereffects of the federal Affordable Care Act, Greene said. The law’s structure favors larger health organizations “that can take advantage of economies of scale.”

First, the economic challenges many not-for-profit agencies have been feeling in recent years, due to new restrictive government (Medicaid) drawbacks, mean having to make hard choices about services, and in some cases, staff. Merging with Alaska and Idaho will strengthen all three affiliates financially and mitigate any loss of services… And finally, the merge means multiplying the political clout of Planned Parenthood in the region by three. Our Government Relations, Media Relations, Public Relations, and Public Policy teams can apply the influence of the entire three-state region.

And in this case, it might mean competition for Julie Burkhart. Burkhart’s announcement that she was expanding into Oklahoma City meant she would have a monopoly on abortion within the city. While Planned Parenthood would have to refer Oklahomans desiring abortions to Wichita for medication abortions or the Kansas City metro area for surgical abortions, Burkhart prepared to offer abortion services right there in the city. Now it appears that Planned Parenthood’s merger news may also be an open door to more abortions.

Oklahoma currently has two abortion centers, in Norman and Tulsa, neither of which is operated by Planned Parenthood. With Burkhart and Planned Parenthood moving into Oklahoma City, it’s possible that the state known to be the most pro-life in the nation will actually double its abortion facilities by mid-summer.