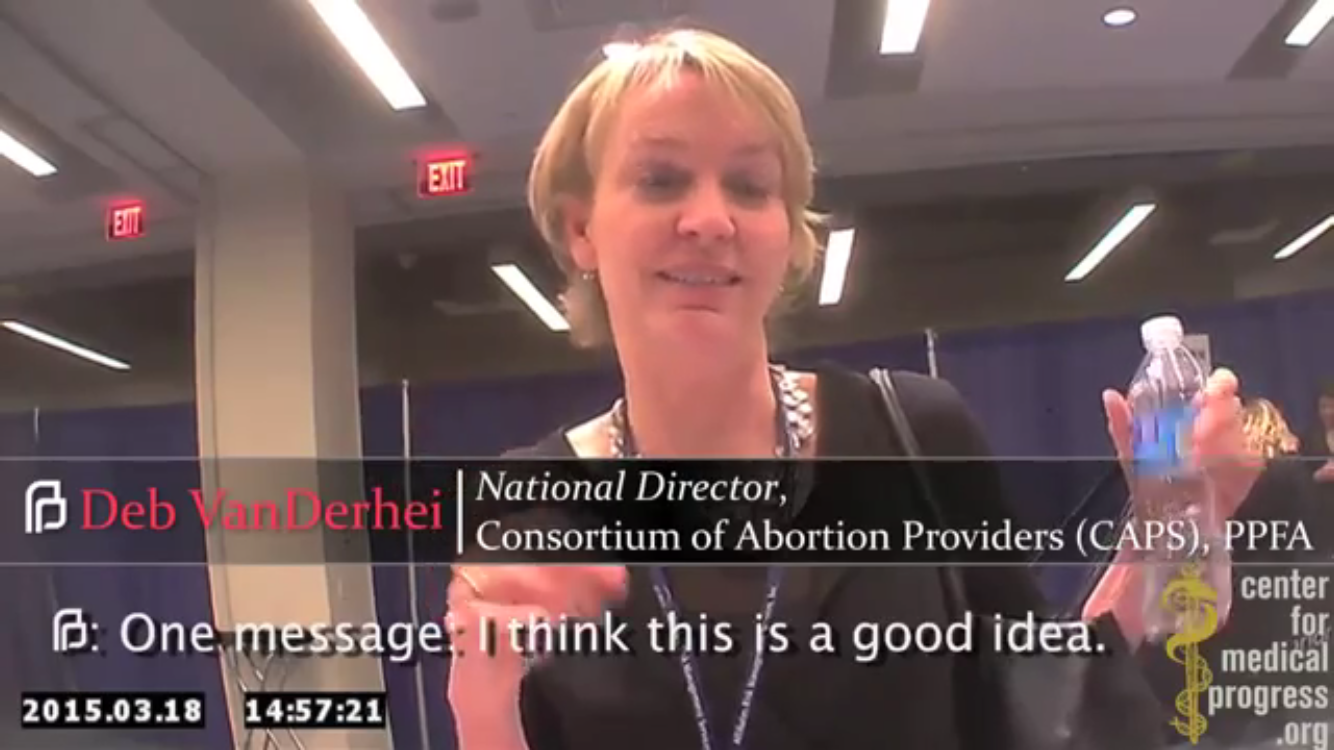 Selling body parts of aborted babies is just business, and a good idea for business practices too, say Planned Parenthood executives in the latest undercover video from the center for Medical Progress.

The 10th video features Vanessa Russo, Compliance Program Administrator, Planned Parenthood Keystone, and Deborah VanDerhei, National Director, Consortium of Abortion Providers (CAPS), Planned Parenthood Federation of America, in a discussion on the harvesting and selling of baby body parts. They outline that the practice is a “good idea” and even indicate the support of Planned Parenthood’s Senior Counsel for Law & Policy, Roger K. Evans.

In the video, Russo is venting about what she calls “ridiculous laws” on the selling of baby body parts.

I’m a researcher at heart, and I love the idea of being able to do this and participate in research. I would love to see this happen in some way…. I feel like sometimes, like, this is my first time here, I’ve only been with the organization a year and a half, so I don’t know the history like somebody who’s been there for a long, long time.

VanDerhei then says that curtailing was not the message she heard.

I don’t think anybody was suggesting that you curtail. The message to me, that I heard today, was, “Go for it.” We think it’s a great idea. Just do it right.

Russo agrees that doing it right is important:

Exactly, and I understand that. But like, a company like this that wants to pay us, that wants to give our organization money for the tissue, I think that that’s a valid exchange. And that’s okay.

I sort of, my stance on that is like, we feel like we can’t consent to be bullied by ridiculous laws. After Russo has left, VanDerhei employs Evans (the PP attorney) in her discussion with the Buyer, adding: Roger Evans came on the public scene in the undercover video debate when he wrote this letter to the House Energy and Commerce Committee, replying in Planned Parenthood President Cecile Richard’s stead, refusing to make Dr. Deborah Nucatola available to testify. Evans spent pages doing little more than accusing CMP and pro-lifers of being in the wrong. Evans is a wordsmith for certain, and VanDerhei conveys that in the video, when she notes that Evan’s told them many things but emphasized only one: It’s a good idea. Exactly what part of fetal tissue selling is good, no one made clear. Maybe it’s the part where they cut up intact babies who were born alive so they can get as many parts as possible from them.

Or maybe it’s the part where doctors get to pick the babies from the lighted pie tables and identify the sex (“Another boy!”) or body parts (“Is that thymus? Is that neural tissue?”). Perhaps, it’s the part where, after brutally killing  a child in an abortion, the Planned Parenthood abortionist returns to explain, “It’s a baby.”

Russo doesn’t note which laws she sees as “ridiculousness,” but maybe it’s 42 U.S.C. 289g-2 of federal law, which says that the sale or purchase of human fetal tissue is a federal felony punishable by up to 10 years in prison or a fine of up to $500,000.

For these Planned Parenthood executives, the best ideas seem to be the ones that get them the most profit.

The law preventing them from profiting off of women and dead children? “Ridiculous.”