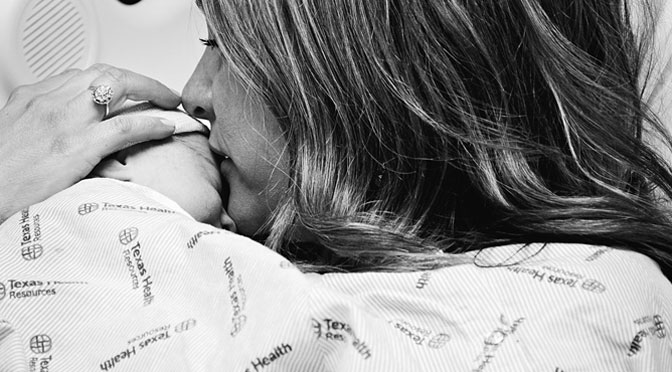 There is a great deal of evidence that abortion providers, particularly Planned Parenthood, discourage women from choosing adoption and instead heavily promote abortion. This is not surprising when you realize abortions bring in revenue for abortion facilities, whereas adoptions do not. Statistics also show that a very high number of pregnant women who go to Planned Parenthood are getting abortions rather than placing their children in adoptive homes. According to LifeNews, for every adoption referral Planned Parenthood makes, 174 women have abortions.

Abortion providers have sometimes revealed that adoption was discouraged in their clinics. And Then There Were None,  an organization that helps abortion clinic workers leave the industry, told the story of one former clinic worker who got in trouble for telling women about adoption…

[“Ellen”] was hired on as a patient educator and was reprimanded for quietly giving patients information on adoption services and resource centers in the counseling rooms, because she was not pushing the sale of abortion onto women who weren’t sure what they were going to do. “It took a huge physical toll,” Ellen said. “I would always come home from work and cry.” Austen with his adopted son, Ben

Planned Parenthood also condemns adoption when talking to its pro-choice followers. A Chicago Planned Parenthood released a pamphlet entitled “Let’s Tell the Truth about Abortion”(Warning: there is a graphic photo at this link). The pamphlet was meant to encourage and instruct abortion supporters. It says:

But aren’t there alternatives to abortion? Yes, there are. A pregnant women can carry the baby to term and she can then keep it or relinquish the baby for adoption. Relinquishment is often not a very humane procedure.

In Planned Parenthood’s twisted ideology, putting a living, breathing baby into the arms of loving adoptive parents is inhumane. Instead, they promote abortion, which violently tears the baby apart.

The same pamphlet gave false information about fetal development and compared preborn babies to earthworms and mold on bread. One of Planned Parenthood’s internal surveys, which pro-lifers acquired the records to, asked their clinic workers whether or not they felt adoption information should be offered at Planned Parenthood. Only 20% of the workers said that it should be presented as an option.

Here were some typical answers to the question “Should abortion be part of Planned Parenthood’s mission?”:

One worker who did feel that Planned Parenthood should facilitate adoptions said:

We have historically presented adoption as an option in a most matter of fact way without presenting the whole picture. Of those patients who choose adoption, it only makes sense for us to be their means to an end. This attitude is not unique to Planned Parenthood. In the essay “Alternatives to Abortion and Hard Cases” by Patricia Casey, a British abortionist is quoted as saying:

… it is not in any way standard to offer advice on adoption.  It would be subversive….  In fact I would consider firing anyone who did this.

So why do abortion clinics refuse to provide women with unbiased, detailed information about adoption? While some clinic workers may genuinely believe that adoption is harder for a woman than abortion, it’s difficult not to think of profit as being one major motivator. After all, the abortion facility does not make money from adoption. It only makes money if the woman goes through with her abortion.

While no woman should be coerced into placing a child for adoption, the adoption option is good for both mother and baby. It’s definitely best for the baby to be allowed to live and to be placed with loving parents. It also can be better for the birth mother. Rather than having to live with the heavy burden of guilt over killing a child, she can know that she did the right thing and that her child is happy and safe. And in the case of open adoption, a birth mother does not lose contact with her child – she remains a part of his or her life. One young woman placed her baby with a couple in Canada, and every Christmas, she makes the drive up north to spend the holiday with the adoptive couple and her daughter. When she had another child and chose to parent her, the little girl accompanied her on her trips to see her older daughter. The woman’s two children became friends and confidants – and instead of losing her baby, this woman gained a new family. Adoption, then, can be a life-saving option for both baby and mother. It’s a situation where both mother and the baby win. It is not a painless option, as women who place their children for adoption may suffer a sense of loss. But in the long run, adoption is a life-affirming, positive alternative to an abortion procedure that is destructive to both woman and child.