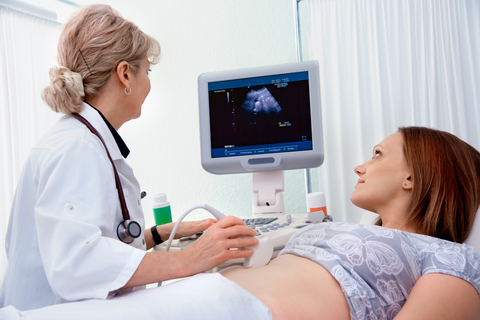 Planned Parenthood’s research arm, the Guttmacher Institute, released a “State Policies in Brief,” dated March 1, 2012, concerning “Requirements for Ultrasound.”  In the very first paragraph of the very first page is a very deceptive statement.  Some might call it an outright lie:

Since routine ultrasound is not considered medically necessary as a component of first-trimester abortion, the requirements appear to be a veiled attempt to personify the fetus and dissuade a woman from obtaining an abortion.

Of course, because of all the states currently passing and considering ultrasound laws, Planned Parenthood would like to blame the use of ultrasound technology on all the bad, mean pro-lifers. Naturally, the only reasons to have an ultrasound are to make the unborn baby seem more like the person that she is and to convince her mother not to kill her.

Granted, those are the most common reasons you would hear from pro-lifers. I know from personal experience that an ultrasound makes your baby seem even more personal and alive. I’ll never forget hearing my daughter’s heartbeat for the first time. Also, it’s been proven that watching an ultrasound of her unborn baby can certainly change a mother’s mind about abortion. Not many mothers want to kill a baby they’ve seen, watched, listened to, and identified with. I 100% agree that mothers watching ultrasounds is a nightmare for the pro-abortion crowd.

But that’s not what we’re talking about here. Through their research arm, Planned Parenthood is claiming that ultrasounds are not medically necessary for first-trimester abortions and blaming laws requiring ultrasounds on pro-lifers. Of course, through all of this, they claim to care about women as usual. I think we’ve seen enough to know what “care” means to them.

Think this through with me. How many women who aren’t expecting to be pregnant know for a certainty when their last period was? (This is one major way doctors guess gestational age.) How many women have periods – or what they think are periods – even while pregnant? Yep. Plenty. What is the only sure way to know the unborn baby’s age? An ultrasound.

Do we really believe that Planned Parenthood thinks that an ultrasound is not a medically necessary step when they specifically change abortion procedures based on the age of the baby? Well, we’re talking about Planned Parenthood, so I guess anything is possible. But really, let’s look at what abortion clinics, including Planned Parenthood, tell women to expect during a first trimester abortion.

From the Cherry Hill Women’s Center:

First Trimester Abortion
A first trimester surgical abortion, which is considered up to approximately 11 weeks and 6 days from the first day of the last menstrual period (LMP), is completed by a procedure known as dilatation and evacuation (D&E)…. To ensure your safety on the day of your appointment, you will go through a series of pre-operative assessments with the medical and counseling staff. You will have:

From the Pro-Choice Medical Center:

First trimester abortion by vacuum aspiration is the most common type of abortion performed after 6 weeks LMP. Dr. Seletz is very experienced performing early vacuum aspiration as early as 4 weeks LMP. Ultrasound is done by the doctor before the procedure for accurate dating, to make sure that the pregnancy is not ectopic (outside of the uterus) and to determine if there are any abnormalities that may affect the procedure. Another ultrasound is performed afterwards to make sure the procedure was complete.

About First Trimester Surgical Abortion:  A first trimester surgical abortion, or a D&C, is performed up to 13 weeks of pregnancy, and is a vacuum aspiration procedure … . The fee for this procedure includes pregnancy testing, admitting, pre-operative history and physical, ultrasound…

And finally, from Planned Parenthood of the Rocky Mountains:

What Happens During an In-Clinic Abortion?

…Before the abortion procedure, you will need to…have a physical exam — which may include an ultrasound[.]

OK, so let me get this right. Abortion clinics – including Planned Parenthood – tell women that ultrasounds may be part of a physical exam, part of the procedure to determinate gestational age, for the purpose of accurate dating or to determine abnormalities, and some clinics even do a second ultrasound afterwards to ensure that no part of the baby was left inside the woman.

As usual, Planned Parenthood is caught in the web of its own deception yet again. Nice try on taking a swing at pro-lifers for a “procedure” abortion clinics themselves deem necessary.